There is no getting away from the fact that what went on in Australia last month was a travesty. Fans queued outside locked gates on Friday morning, and volunteer marshals pulled on their overalls. Meanwhile, the FIA and Formula 1 squabbled over the contractual small print in a Melbourne hotel room before making the only call it could ever have made.

It says something about the gargantuan amount of money at risk that no side was willing to stand up, do the right thing, and then argue about the legal details later. Noble gestures when tens of millions of pounds are at stake simply aren’t possible in the way they are when the stakes are lower. This is part of the problem: if ever a sport appeared to have become too bloated and too fixated on the money ahead of its fans, it was F1 in Australia.

Lewis Hamilton spoke like a true champion when he explained with clear distaste the reasons for the race initially being given the green light in the face of a global health crisis: “Cash is king”.

That crisis is still with us, and growing by the day, and the full consequences will play out in many more important areas than F1. However, the crisis does allow F1 to take stock and consider where it is, and where it wants to be, in what will undoubtedly be a dramatically altered world when the crisis passes.

Given the enormous impact it will have on the economy, the era of conspicuous consumption in terms of cash and CO2 will surely end. After all, it was looking outdated leading up to the Australian Grand Prix. Will this new world also be as globalised? Is it possible that the great expansion of the F1 calendar championed by Liberty, which had hoped to hold races in Vietnam and potentially Saudi Arabia, will start to look as old fashioned as grid girls? And could the change in attitude affect existing grands prix, particularly those held in countries with little local support for the races, and which have been added for reasons of business or marketing or reputation laundering?

With these races gone, perhaps a simplified, reduced calendar would concentrate on the historically key races in countries with a history and love of F1 and, in doing so, bring it back to its fans. Future generations may look back and marvel at when F1 raced in Baku, China and Bahrain but had no place for the German GP, as intended in 2020.

In the short term, F1 and motor sport has the chance to prove itself more practically. Within days of the shortage of medical equipment in Britain, several F1 teams turned their collective engineering and production skills towards creating ventilators for the NHS. But why stop there? Although F1 teams are small when compared to commercial car makers, there are many even nimbler outfits in the UK which could be drafted into action. A couple of years ago, I was involved in a meeting with the winners of the RAC’s Dewar Trophy, awarded for technical excellence. That year it had been given to a company called Integral Powertrain for its work on the electric motors and inverters that powered the Pikes Peak-winning, all-electric VW IDR.

During the meeting, director Roger Duckworth, son of Keith, explained how the competitive eco-system of Britain’s motor sport community fuelled innovation. He added it meant dozens of small companies had to be agile and imaginative in coming up with quick engineering solutions at a moment’s notice. That is exactly what is required now.

It isn’t only high-tech operations that the government may call into action. I recently spoke with the people at Jim Stokes’s workshop, which restores and preps historic racers: “We are ready, we have the tools and CNC machining, we just need the designs.” Jim Stokes is a company of 50 workers, of which around 15 work in the machining department. That’s not many, but there are dozens of similar outfits. If, as the prime minister has said, we are at war with coronavirus, then these small companies can be our flotilla of Dunkirk sailing ships and pleasure boats. What they lack in size can be made up in numbers and know-how.
Who knows, perhaps it will show people that motor sport is about more than the “cash is king” attitude F1 displayed in Australia, but is, in fact, more noble than that.

Readers will notice a change to this issue of Motor Sport.  We have decided to cheer ourselves and hopefully you, our readers, up by having the entire issue celebrate the 70th anniversary of the first World Championship F1 race, which took place on May 13, 1950 at Silverstone. To do this we have gathered what I think are the finest writers out there to pick a decade and give their take on it.
Our celebrations don’t stop there. For the next few months, we will celebrate the milestone with special online features, galleries and archive race reports. We are also asking our readers to share their memories and photographs, which we will publish later in the summer. Visit the website to find out more details on how to collaborate with us and please enjoy this very special issue of Motor Sport. 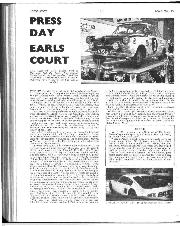 Every year, due to the exigencies of flat-beds and the Motor Sport print-run, I am given the unenviable task of reporting the London Motor Show before it opens, which means… 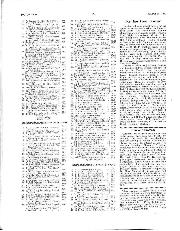 Those seeking to learn about French towns or to brush up their knowledge of them will find the new guides, in English, one per town, by Michelin, just the job.… 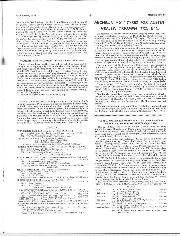 This speed trial took place on a useful ¼-mile course on Army ground between Aldershot and Fleet, where residents are so used to the wail of jet aircraft, the rumble… 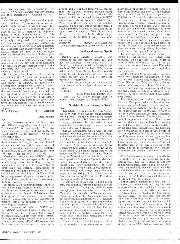 —And Against Sir, I was interested to read the letter from Mr. Willmer suggesting that it would be "irresponsible" to form another MG Car Club. A myriad already exist within…