Deposed Libyan dictator Colonel Gaddafi had his detractors but his appreciation of rare motors was exemplary. Before his regime was toppled, he ordered a Maybach 57S Xenatac Coupé but never got his hands on the heated steering wheel. It’s onsale at Auto Leitner in Holland for £830,000.

● Surrey performance car specialist Romans International hasn’t let a worldwide pandemic thwart its plans. it is almost doubling its forecourt size after buying the Ford site next door. “Covid-19 ended up being the catalyst,” said marketing manager Eddie Cumberland. “The Ford dealership vacated the premises and that gave us our perfect scenario.” The new space will open in July.

● No bull, but Marshall Motor Group has gone for the treble with its sponsorship of darts pros Joe ‘The Rockstar’ Cullen, Gerwyn ‘The ICeman’ Price and Simon ‘The WIzard’ Whitlock. From April 12, it’s game on! 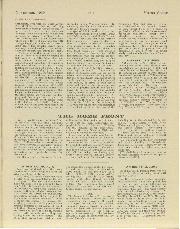 A NEW RACING ALTA has interfered with the the introduction of a new racing job from the Alta workshops at Tolworth. Lady Mary GrosvextOr's new nionoposto Alta was completed at… 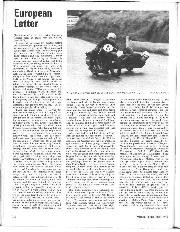 [By means of which our roving European reporter keeps in touch with the editor] Dear W. B., I have just energised my nervous system and exercised my apprehension faculties, and… 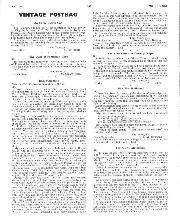 Sir, The Pemberton-Billing sports-car mentioned in your review of Kingsford's book on F. W. Lanchester was probably the Prince Henry Austro-Daimler with special 2-seater body belonging to him which I… 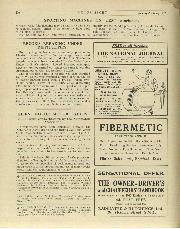