You probably know that the waiting time for a new Morgan from the date of ordering is approximately three years. The good part about this is that many cars are being exported (cheers) which helps our balance of payments and even Japan is included in this.

The bad thing is that if one is an enthusiast, not to say obsessed with the marque as lots of people are, this means that a great deal of patience is required. The position is exacerbated by non-genuine orders from persons who will immediately sell their new machine at a profit.

With exploitation of this kind going on it pays to be patient. As you mention elsewhere the price of Morgans in many of your advertisements is conSpicous by its absence.

I will not eulogise as much as some of your correspondence about your magazine; it has all been said and I endorse it. Tunbridge Wells B. 0. W. JAMIESON 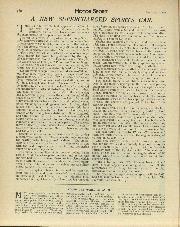 A NEW SUPERCHARGED SPORTS CAR. THE 12 h.p. Invicta first appeared at Olympia last year, and attracted much favourable comment, and Messrs. Invicta now announce the introduction of a supercharged…

Power unit and parts issues to be resolved

The sparkling performance of the Haas and Alfa Romeo teams in Bahrain, together with the very troubled weekends for McLaren, Aston Martin and Williams, has led to speculation about the… 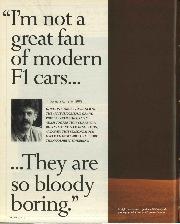 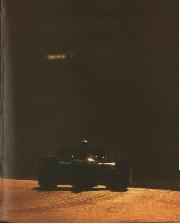 ...They are so bloody boring." Formula One in 1998 Gordon Murray, designer of the most successful Grand Prix car ever built, tells Adam Cooper that current F1 rules have stifled…