A Projecta, or not?

A READER has sent in a rather faded post-card depicting a canoe shaped cycle-car standing under a banner saying “. . .Race”. The carts with very spindly, three-stud wire wheels and a single acetylene headlamp and it appears that the photograph has been printed inverted, as the car is shown as left hand drive, somewhat unlikely for the period which appears tube either immediately before or shortly after World War I.

Very few details of the car are discernible in the photograph, and the only cycle-car which we have come across which resembles it is a Project.. Than make was produced in the immediate pee’car years by the Percival White Engineering Company in North London and was equiPP:d with a V-twin J.A.P. engine and two speed belt transmission. The car differs from Ohnt.graPhs tif early Projectas in that it looks rather more substantial, as if it was a modified version, perhaps built specially for competition. Does anyone know whether a Projecta ever raced? 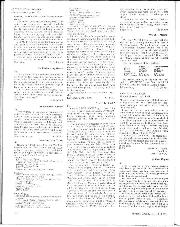 Sir, I am interested in the comment contained its Mr Stapley's letter regarding the burnt exhaust valves On his Hunter. I am under the impression that the only damage likely… 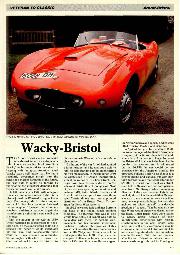 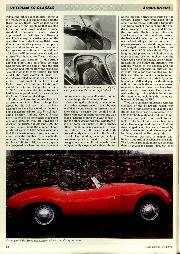 Wacky-Bristol The Arnolt-Bristol was the brainchild of a shrewd American entrepreneur known as Stanley Harold Arnolt, or 'Wacky' as he preferred to be called. In keeping with the great American… 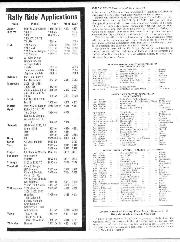 Another hazard of driving those lethal weapons!—or keep the windows closed, you fool.

"When a car becomes 'fuzzy' and a passenger winds down the windows, cross air currents hitting the inside rear of the car may throw it out of control when travelling… 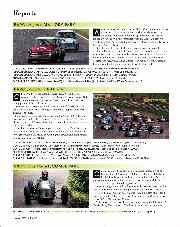 Carl Gray started the new VSCC hillclimb season just as he finished the 2005 edition, by taking another overall FTD in his 1.1-litre Hardy Special. Just as he had at…