The changes to Formula 1 pitstop regulations to reduce the possibility of cars re-joining with a loose wheel are clearly well-intentioned and if effective are to be applauded. However, I believe much greater change is needed in the whole process. For years I have thought that the size of crews is not only potentially dangerous but frankly ludicrous. Why do we need a 20-plus crew swarming over and around a car simply to change four wheels?

In the new era of cost caps, what possible justification can there be in spending hundreds of thousands on purchasing and shipping highly specialised equipment and drilling large crews?
The six IndyCar mechanics allowed ‘over the wall’ can change tyres, refuel and make wing adjustments in 8sec – and all without excessively expensive paraphernalia. OK, it’s not sub-3sec and fuel flow regs dictate the time of a stop, but who cares? It’s every bit as exciting (I think more so) having a clear view of one mechanic on each wheel and with air jacks, and the front jack man is taken out of the firing line. Safer, cheaper, improves the show!

I read with interest your piece on ‘ghost racers’ in the October issue [Born not to run], as we have just acquired one. In 1974 John Barnard replaced Maurice Phillippe at the Vel’s Parnelli Jones team. Barnard redesigned the VPJ4 F1 car, which led to the development of the VPJ6 Indycar, of which two were modified by Ted Field’s Interscope Racing for Porsche and Parnelli’s entry into the 1980 USAC series, to be driven by Danny ‘On the Gas’ Ongais.

An intensive testing programme at the Ontario Motor Speedway followed, before USAC, after vigorous lobbying by AJ Foyt reduced Porsche’s turbo boost restriction, effectively making it uncompetitive. Sadly, this led to the shelving of the project, by Porsche, just a month before the start of the season.

I can confirm Frank Wells’ comments [Letters, September] on the notorious flat in Adrian Court, Pinner Road, Harrow where so much happened both socially and businesswise in the embryonic Williams Grand Prix’s formative years. I am a native of Harrow and raced with Frank and Jonathan Williams in Austin A40s in 1962 and knew both of them well even before Frank turned up at what was Charles Crichton- Stuart’s flat originally, until Charles got married to Shirley Anne Field and moved out, passing the rented flat on to Frank.

We had parties there on many Saturday nights and all sorts of unseemly goings on with motor sport celebrities attending, among others Jochen Rindt, Piers Courage, ‘Bubbles’ Horsley, Innes Ireland and many more. The building still exists but is more scruffy now than back in the day. It really should have a blue plaque.

Our family garage was nearby, and to the dismay of my poor father was utilised by many of the residents of the Pinner Road flat and other racing notables including Steve Soper whom we sponsored in the early days, Gerry Marshall and Dave Brodie.

As one who respects Mark Hughes’ F1 writing, I must take issue with what I thought was a rather disrespectful column on the passing of Carlos Reutemann [Formula 1, September]. He was at times an enigma, moody and sensitive, but he was one of the most gifted drivers of his generation.

As Mario Andretti so aptly put it, “Carlos was an uncrowned champion. I know how good he was. He was my team-mate at Lotus.” Carlos ranks among the top of the shortlist of the great drivers not to win an F1 title.

The thing that bothers me is that in 1980 when he had a big lead in the title chase, his Williams team failed to get behind him. For example, they inexplicably changed tyre manufacturers on him mid-season, which did not suit Reutemann. This was a part of the culture at Williams, where they never backed Carlos when he needed them most. It was Alan Jones’ team and a British one at that, and Carlos was always the outsider. Frank Williams and Patrick Head now say they should have treated him better. I believe they’re right, and the result might have been different on that day in Vegas when Carlos sat on pole and ‘mysteriously’ backed up to finish behind Piquet and lose the title by one point. We’ll never know, but this part of the story needs to be told.

Finally a well-rounded (pardon the pun!) story about Carlo Chiti [Uncovering the lost genius of Uncle Carlo, September]. Recollections by star drivers tend to make him come off as a sort of mercurial clown. Colourful as he was, there just had to be cerebral agility at work in a man with his résumé. I am pleased that Paul Fearnley has written such a much-needed perspective that should fill in the gaps regarding Chiti’s reputation. A terrific read.

Events of the Belgium GP led me to recall a piece DSJ wrote many moons ago about the German GP. He was disenchanted with the race he actually witnessed and wrote a mildly satirical article describing the German GP he would like to have seen take place. It was brilliant and so memorable I can still recall it now! We all agreed with his inferences.

With the Belgian disappointment (I agree with the race not going ahead on safety grounds, but think it disingenuous to manipulate a result for commercial reasons especially when it was done so transparently), it would be great if Motor Sport wrote a hypothetical account of the race had it gone ahead. Leclerc coming through from last on the first lap to win after five changes of tyres, perhaps?

Regarding the future of the GP at Spa I am firmly in the ‘it must continue’ camp. Let’s move the barriers back at Raidillon; it’s the finest circuit on the F1 calendar. I’d be happy to contribute to a crowdfunding page if that’s the only way to ensure its future. 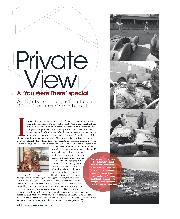 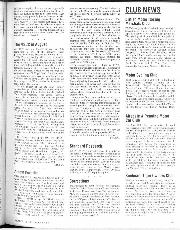 A Spot of History Sir, I am writing to support Mr. Keith Poynter in connection with the query he raises about the 1929 B.R.D.C. 500-Mile Race. I can confirm the… 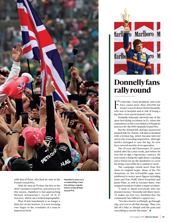 F1 drivers, team members and fans have raised more than £50,000 for former Lotus F1 driver Martin Donnelly, who was in hospital and at risk of losing a leg after… 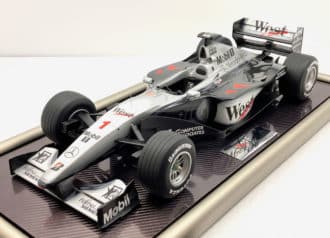