I am in complete agreement with Mr. P. Jennings of Birkenshaw’s comments on the high handed methods of the Insurance Companies. Until recently I was running a 1964 SAAB, but due to circumstances regarding my employment (it at the time non-existent) I said the car to my father, or rather he is paying me the instalments, and in doing so I extended the insurance cover to include

A few weeks ago he was involved in an accident with a man on scouter.. The sCooterist claimed that he hit the rear of the car after my father had turned out of the factory gates.

Subsequent police investigation found that the scooter rider at the time my father made his turning into the main road had been 140 yards away, the police could find no marks on the car consistent with any object coming into contact with the car and as the car was also filthy, no dirt had been rubbed off, and the evidence indicated that the scooterist in attempting to overtake the car misjudged his angle and caught his loavest on the road, thus throw;ng him off his machine. The police could not find any evidence to prosecute my father for careless driving, but the insurance company in their wisdom have penalised me in stating that I shall lase my no claim bonus because Of a claim made by the scooterist

I very much object to this treatment, for if the police cannot find a case, why should the insurance companies set themselves up as judge, jury and executioner.

Perhaps it is time the Prices and Incomes Board investigated the activities of the insurance companies. 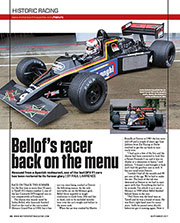 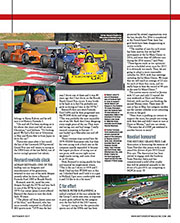 Bellof’s racer back on the menu Rescued from a Spanish restaurant, one of the last DFV F1 cars has been restored to its former glor Back on track this summer for… 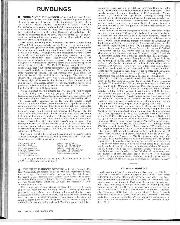 • More about the Mexico.—Since we have been driving that enjoyable fun-car, the Ford Mexico, we have kept you advised of how it has served us and of the impressions… 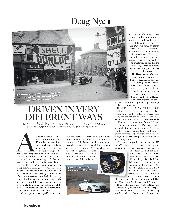 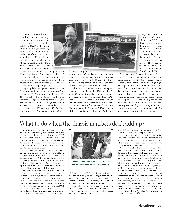 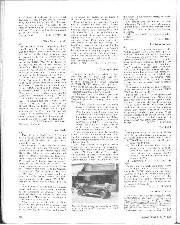 Sir, As one of the greatest admirers of the "White Mouse" stable I was most upset to read that "Romulus" is being raced once again. This unique; one-driver (until a…