WITH the adoption of cellulose finish, modern washing methods and so forth, the retention of a smart appearance of a car is not a difficult matter these days, even when a vehicle has been in service for several years. In time, however, those fittings which are of plated finish become shabby, with

the result that the looks of a car are replating can they be restored. spoilt, and only by

Recently, a plant has been placed on the market which this work can be carried out on the spot, certainly by reason of its convenience alone, it find a ready appeal amongst the car-proud. In ordinary way, of course, replating entails and in the case of a radiator, for example, the car be out of use while the work is being done.

With the device in question, which is known as Portable Electroplater, the whole job, whether it be the windscreen frame, radiator, lamps or brake can be done in situ. There is nothing ” secret ” in process of the device (readers of MOTOR SPORT remember the numerous so-called re-plating which have appeared on the market in the past) its working principle being similar to that of orthodox electro-chemical bath. It comprises a in which is housed a battery and two jars, containing the necessary copper solution and other, the nickel solution. Connected to the through the medium of a plug-in fitting and a is a flexible lead, to the end of which is fixed a pad.

The operation of the plant is quite simple and for no particular skill. In the first place, the must thoroughly clean the metal which is to be and a special polish is supplied for the purpose. spray pad is then immersed in the Solution, and bulb, which is attached to the pad, is filled. Next, the lead which is also connected to the pad is to the part under treatment, and while the current switched on the pad is passed slowly to and fro the surface, the solution being ejected from the by gentle pressure of the bulb. The result, as found after a special demonstration, is a finish, ‘which should be as durable under normal tions as that obtained by the immersion method. 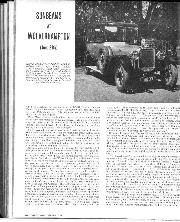 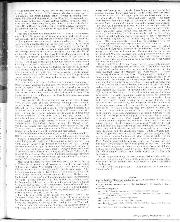 At the conclusion of our report on the S.T.D. Register London Talbot Rally we remarked that the Sunbeams would have their turn later, at Wolverhampton. This happened on a perfect… 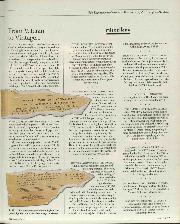 At the Brooklands Society’s annual reunion on June 28 at the Old Track, this year's theme will be the return of the lap-record-holding 24-litre Napier-Railton to the Museum and it… 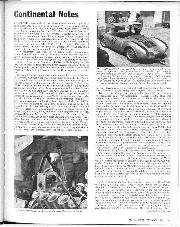 I suppose it was inevitable that Matra should be the first people to have a movable "aerofoil" on their Grand Prix car, in view of their close associations with flight… 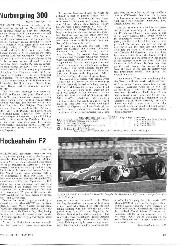 March 31st/ April 1st Yet another season of racing at the Nürburgring started on March 31st with the opening round of both the Interserie, and the European GT Championship as…