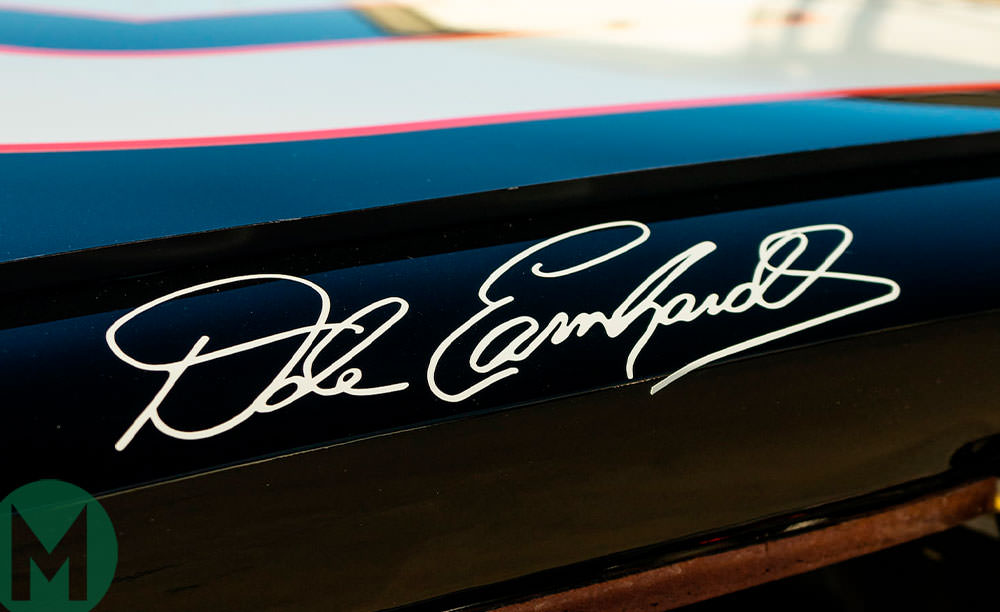 We reported the sale of a number of important NASCAR stock cars raced to victory by the late Dale Earnhardt Sr and his son – but Richard Childress Racing has said that the cars aren’t genuine.

And then there was an orange Chevrolet in Wheaties/Goodwrench livery that Earnhardt ran to fourth in the 1993 All-Star Race at Charlotte.

Having heard that the cars weren’t genuine, we reached out to Mecum and Richard Childress Racing – the race team that operated the cars – for comment.

This is what RCR communications manager Jay Pennell has to say.

“The cars listed on their website and sold at auction are former show cars, not the actual race cars used by RCR and Dale Earnhardt in the events claimed in the listings.

“The Wheaties Chevrolet is a replica show car, as the original sits in the RCR Museum in Welcome, North Carolina. The 1994 no3 Goodwrench Chevrolet is also a show car and not the one used to win the championship [in 1994].

“The chassis numbers do not match and there are multiple indications of this being a show car (stock air filter, “Do Not Touch” on the doors, etc.).”

We apologise for not having done our due diligence in reporting the auction, and a valuable lesson has been learned.

RCR also released a video on the “importance of chassis numbers” filmed at its own museum, displaying that 1997 stock car that was consigned to the auction.

Mecum, however, hasn’t responded for comment, not to us nor RCR.

“We reached out to Mecum Auctions over the weekend to clear up this confusion and asked that they change the descriptions on their website listings,” continues Pennell.

“Unfortunately, any details on the other vehicles sold in this collection will need to be directed to Mecum Auctions and/or JR Motorsports.”

JR Motorsports is Dale Earnhardt Jr’s NASCAR team, and a couple of his cars were listed in the auction as well.

These cars include the 2004 Chevrolet Monte Carlo in which he won the Atlanta race that year, and 2006 stock car that he raced at Watkins Glen. Both were estimated the sell for more than $100,000.

All of the cars, except for the 1994 title-winning Chevrolet driven by Dale Earnhardt Sr, sold.