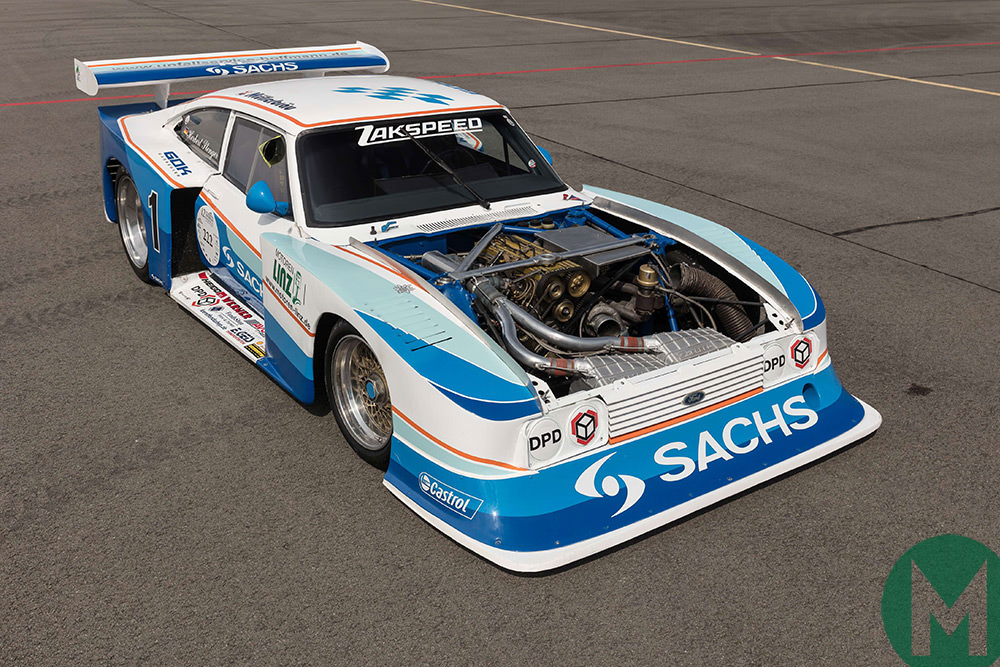 This 1979 Ford Zakspeed Capri picked up numerous race wins in the late 1970s and early ’80s and is now up for auction at Artcurial’s Le Mans Classic sale on July 7.

Harald Ertl, 1978 Deutsche Rennsport Meisterschaft champion, first saw the new Ford ‘Super Capri’ on the Friday of the 1978 German Grand Prix, where Ford was showing off its new car. Ertl then switched from a Schnitzer Motorsport BMW 320i Turbo to Erich Zakowski’s Ford Zakspeed Capri.

With Ford dialling down its motor sport operations, Zakspeed – which won five consecutive DRM titles from 1972-76 – developed the aluminium and Kevlar chassis, while Ford Cologne developed the aerodynamics and Ford supplied the engine.

The car for sale here is Ertl’s chassis no ZAK-G5C 002/79, and was campaigned in Division 2 of the DRM for the 1979 season. The Austrian started the season with a victory and followed up with four podiums and a win, but crucially retired six times that season.

It never quite matched up to the Lancia Beta Monte Carlos and Porsche 935s; this Capri’s victories came at the hands of Herbert ‘Berglöwe’ Stenger. Nicknamed the ‘lion of the mountain’, Stenger bought the car in 1982 and entered it in the European Hillclimb Championships, essentially sweeping the 1982 season.

He used the Group 6 racer for the 1983 season but switched to a prototype Osella for the second half, the car subsequently reserved for exhibitions and demonstrations. The Capri was displayed in the Herbert Stenger Family Museum until his death in 2014, and now Artcurial estimates that it will fetch €550,000-€750,000 at auction.