On top of sumptuous displays, a top-class race meeting and a local concentration of classic car specialists, Monterey also features some of the world’s best-known auction houses 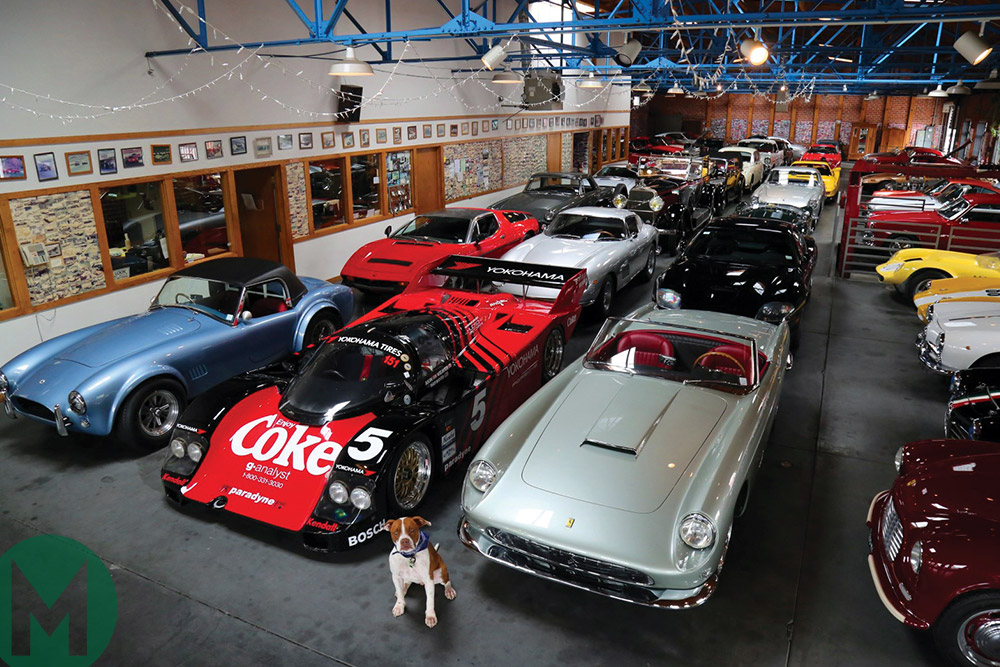 With thousands of vehicles and 10 times as many enthusiasts flocking to the Monterey Peninsula for the annual Car Week later this month, even those with no more than a passing interest in automobiles can find themselves tempted to take the plunge and invest in a classic – so it’s no surprise that many of the leading auction specialists converge on the area in an effort to capitalise on the situation.

This year, no fewer than six sales will be staged by different houses that, between them, will hammer down cars worth hundreds of millions of dollars. With the market being notably softer than it was at its peak a couple of years ago, it might seem unlikely that the record $38.1 million achieved by Bonhams for a Ferrari 250 GTO in 2014 will be surpassed – were it not for the fact that RM Sotheby’s has consigned a GTO as this year’s headline-grabber. It could fetch as much as $45 million…

David Gooding’s firm has staged the official Pebble Beach auction since 2004 and is the only house to hold its event within the gates of the famous 17-mile drive leading to the golf club.

In addition to the 1955 Ferrari 500 Mondial highlighted in last month’s Motor Sport, Gooding and Co will also offer three further valuable and highly significant Ferrari Berlinetta competition cars, the highlight being a 1966 275 GTB/C that is one of only a dozen 275 GTBs built for racing with ultra-thin aluminium bodywork, Perspex rear and side windows, lightweight Borrani aluminium-rimmed wheels and, of course, a tuned, balanced, dry-sumped version of the legendary 3.3-litre V12.

The car on offer was originally owned by NART founder Luigi Chinetti and first raced by Pedro Rodríguez. Fully restored to concours standard during the early 1990s, it still looks superbly, is supplied with a massive history file and is tipped to realise up to $14m.

In comparison, the $6.5-7.5m expected for a 1958 250 GT Tour de France seems almost affordable. First raced at the ’58 Targa Florio, it was exported to the US four years later and, following a back-to-original restoration in 2014, scooped the Coppa Bella Macchina trophy at the 25th Palm Beach Cavallino Classic.

Gooding and Co hopes to draw a similar sum for a 1950 166MM/195S that was once owned by Briggs Cunningham and raced by him at Sebring, Buenos Aires and Watkins Glen, among other top venues.

In total contrast, the house has also landed the Duesenberg SSJ that was delivered new to Hollywood idol Gary Cooper in 1935. One of only two made (the other went to Clark Gable) the 400bhp, supercharged straight-eight carries an estimate of $10m-plus and could become the most expensive American car ever auctioned. It has been consigned by the Florida-based Miles Collier collection, which acquired it in 1986 from Cunningham’s family. 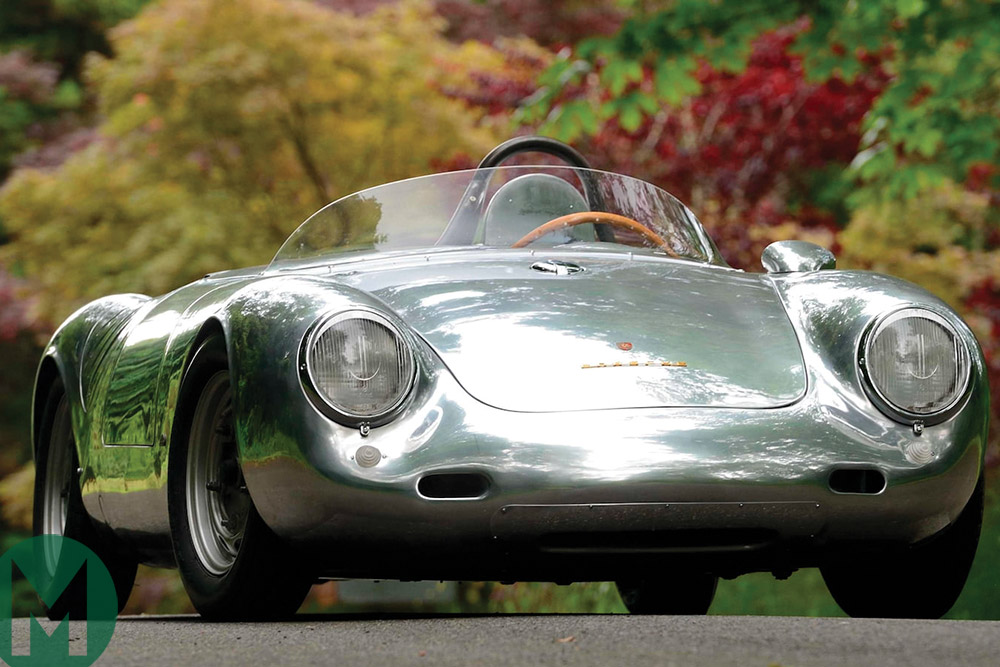 Dana Mecum set up his first car auction in 1988 at Rockford Airport – but was stopped in his tracks when a tornado ripped through the area, damaging almost everything in its path. Despite the tricky start, Mecum this year celebrates its 30th anniversary and has grown to become the largest collector car auction house by volume, frequently fielding 1000-plus vehicles in its multi-day sales.

This year’s Mecum event during Monterey Car Week will be a smaller affair with ‘only’ 600 lots of cars, motorcycles, boats and tractors up for grabs during three days of bidding.

One of the stars of the auction is set to be a 1958 Porsche 550A Spyder that is said to have been owned by the Piech family and raced by Porsche Salzburg. Its later competition history is extensive and includes three significant period race wins.

More recently, however, it has emerged from a meticulous, 30-year restoration that included the fabrication of an entirely new alloy body that has been left in its bare metal state and polished, while the 1500cc, Carrera flat-four has been fully rebuilt by noted Wyoming Porsche specialist Bill Doyle. Mecum doesn’t provide pre-sale estimates, but $5m-plus seems realistic.

Other highlights include a 2014 Pagani Huayra that has covered just 600 miles from new and comes with options that cost $260,000 (including a $20,000 luggage set) and a year-old Ferrari California T 70th Anniversary special edition that was produced through the marque’s ‘Tailor Made’ programme with a similar blue paint/red trim combination to that seen on the 365GTB launch car of 1968. 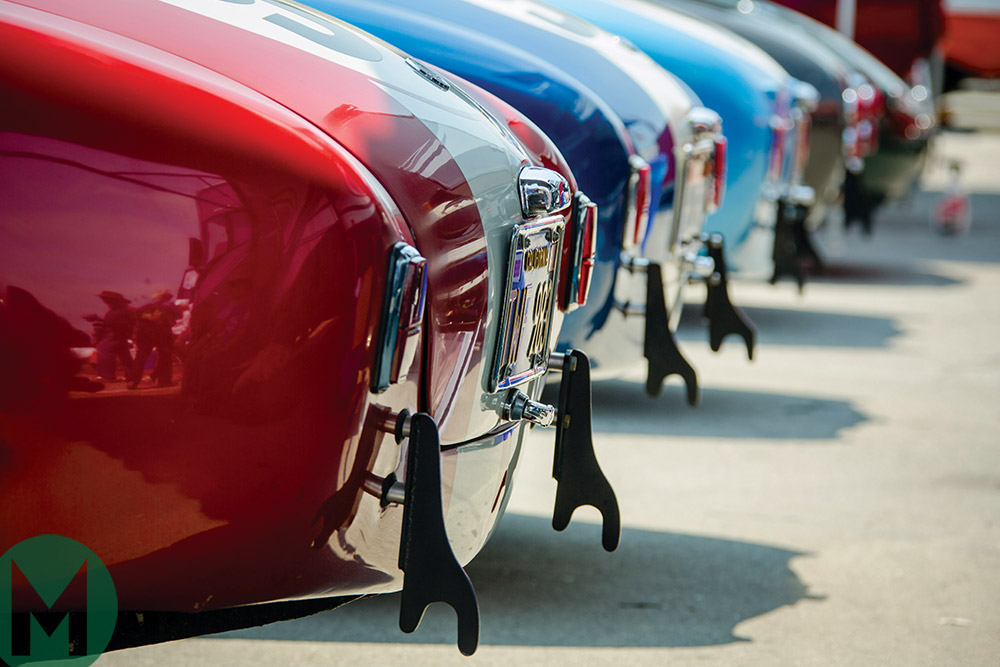 As already mentioned, RM Sotheby’s has scooped the ultimate consignment for Monterey Car Week in the form of Ferrari 250 GTO chassis 3413GT, third of the 36 built. Billed as ‘the most valuable car ever offered for public sale’ it was driven by Phil Hill in testing for the 1962 Targa Florio before being sold by the factory to its first owner, gentleman driver Edoardo Lualdi-Garbi. He helped to establish the model’s racing credentials by winning nine of the 10 events he contested at its helm.

The next owner was Gianni Bulgari of jewellery fame, with the most recent of several further custodians being tech tycoon Dr Greg Newton, the former chief software architect for Microsoft and now the chairman of financial services software giant Numerix.

Although it retains its original engine, gearbox and rear axle, and is said to have never been crashed or damaged, the car was rebodied to series two specification in 1964, It’s tipped to realise in excess of $45m.

As this issue of Motor Sport went to press, it was also revealed that RM Sotheby’s will offer the 1963 Aston Martin DP215 GT prototype. This hugely important car was the last of the David Brown-era racers and the first car to exceed 300kph at Le Mans in the hands of Phil Hill and Lucien Bianchi, although its gearbox broke four hours in. Designed by Ted Cutting and fitted with its original Tadek Marek four-litre engine, the car has been consigned by Yorkshire-based racing duo Neil and Nigel Corner and has a pre-sale estimate of $20-25m.

Bonhams returns to its usual Quail Lodge venue with a raft of exotics, mostly (at the time of writing) from European marques. Offerings range from a 1992 Lancia Delta integrale HF EVO 1 (with essential Martini stripes) to the last Swallow Doretti built, a 1955 car that recently emerged from a concours restoration.

Other notables include a Jaguar E-type roadster whose last owner had it for almost 50 years and a 1931 Bentley eight-litre ‘Silent Bloc’ saloon with aluminium Vanden Plas coachwork. First owned by AJ Player of Player’s tobacco, it’s the only survivor of three built and will be sold alongside a 1928 Bentley four-and-a-half litre open tourer that previously belonged to notable collector John Sword and, subsequently, the late Tory MP, classic car enthusiast and Backfire author Alan Clark.

The star of the Bonhams show will, however, be a 1962 Ferrari 250 GT SWB Berlinetta that has been fully restored and comes with Ferrari Classiche certification. 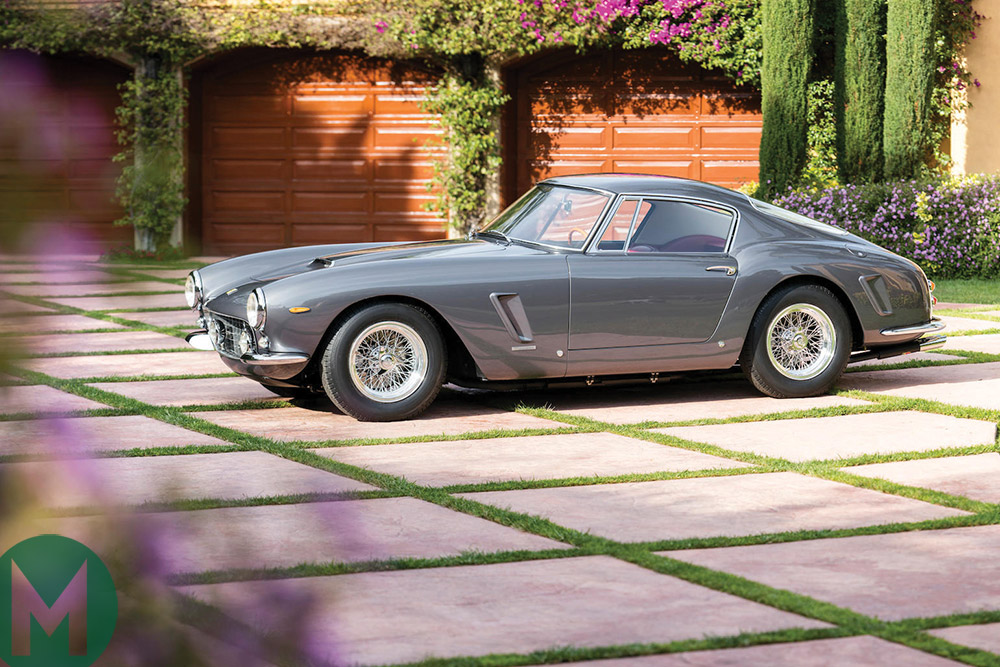 If you enjoy an auction with plenty of theatre, head to the Old Train Station near Fisherman’s Wharf and witness Russo & Steele’s three-day, 250-lot extravaganza that the house terms an ‘auction in the round’ – meaning the auctioneer, cars and crowds are mingled. Expect a typical Russo & Steele inventory comprising an eclectic mixture of hot rods, muscle cars, affordable classics and exotica, with many lots being offered without reserve.

Taking place right beside the ocean six miles north of Pebble Beach, the Worldwide Auctioneers sale will include highlights as diverse as a 1931 Duesenberg Model J sport convertible ($1.2-1.5m) and a Lamborghini 400GT that comes to the open market for the first time in more than 40 years ($475,000-550,000). Delightfully unrestored, meanwhile – and already a ‘preservation class’ winner – is a 1916 Locomobile Model 38 collapsible cabriolet that is one of only two known to survive. It’s up for $300,000-400,000.