An online auction held by Mitsubishi Motors UK recently made history as a factory fresh Lancer Evolution VI Tommi Mäkinen Edition crossed the block for over £100,000, establishing a new world record sum for an Evo model.

The Japanese firm used the auction to clear space within its Heritage fleet ahead of the brand winding up its UK operations this autumn in the face of falling new car sales. The auction featured 15 pristine, rare or notable models, together with memorabilia, models and number plates.

Undoubtedly the star was the Mäkinen Evo, which eventually sold for £100,100. That sum represents the highest price ever for an Evo, beating the £99,000 achieved by a delivery mileage Evo IX sold in America back in 2017.

Aside from the Mäkinen Edition, a host of other notable Evos were up for grabs, with a low-mileage Evo IX MR FQ-360 by HKS – the final model to be powered by the famous 2-litre four-cylinder 4G63 engine – selling for £68,900, making it the third most expensive Evo ever to be auctioned.

The auction also included some of Mitsubishi’s motor sport offerings, with a two-time British Rally Championship-winning rally car selling for £61,700. The works-run Evo IX Group N machine was driven by Guy Wilkes and co-driver Phil Pugh to a British title double in 2007 and 2008. 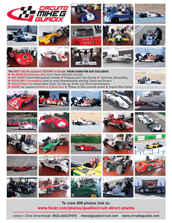 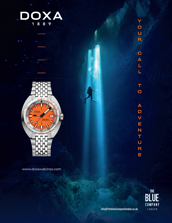 His name is the stuff of legend, as it should be for a driver who notched up four championships during what was arguably the most competitive era of the World…

Mitsubishi Motors UK operations director Paul Brigden – formerly head of the firm’s RalliArt motor sport division and team principal during those winning BRC campaigns – said: “These vehicles represent not only a huge part of Mitsubishi’s heritage and history in the UK, they are also very special vehicles in their own right. They each have a unique story to tell and they have been cherished and cared for from the day we acquired them.

“I have overseen the development of some of these cars personally, so it is difficult to say goodbye to them, but the values they have achieved assures me that they will all go to enthusiastic new owners who understand the provenance and importance of these cars, and who will cherish and preserve them for future generations.”