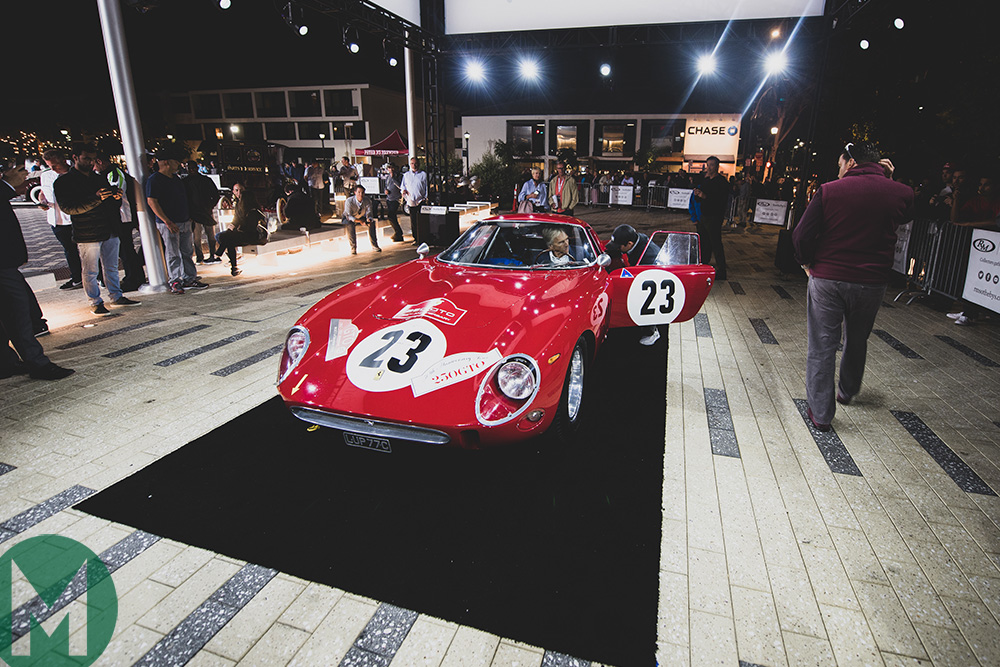 Monterey Car Week has a big reputation to uphold, with millions of dollars changing hands each year for the world’s greatest and rarest classic cars. This month’s event was no exception, and even set a new standard for a car at auction.

But that wasn’t the only racing car to make hit the headlines.

Maseratis also starred, including the 1956 Italian Sports Car Championship winning A6G/2000 Berlinetta and the A6GCS/53 Spider – just one of three and one of two surviving examples. The latter sold for more than $5m at Gooding and Company’s sale.

Another record was broken at Gooding and Co’s sale, as a 1935 Duesenberg SSJ Roadster, powered by a gargantuan 7-litre supercharged eight-cylinder engine, became the most expensive pre-war car to be auctioned and the most expensive Duesenberg ever. Duesenbergs proved popular at Monterey, as the 1929 J Murphy Town Limousine was a finalist for the 2018 Pebble Beach Concours d’Elegance ‘Best in Show’.

The recently restored 1937 Alfa Romeo 8C 2900B Touring Berlinetta, one of five built, won the prestigious ‘Best in Show’ award.

Perhaps an even more important step in Ferrari’s history, a 1966 Dino Berlinetta GT sold for millions, this one being the second Dino prototype ever produced. And the 1955 Ferrari 500 Mondial Series II, dressed in French Racing Blue and restored lovingly by a US Navy admiral, sold for $5m.