A Ferrari unlike any other is set to fetch millions at auction. Here’s its story 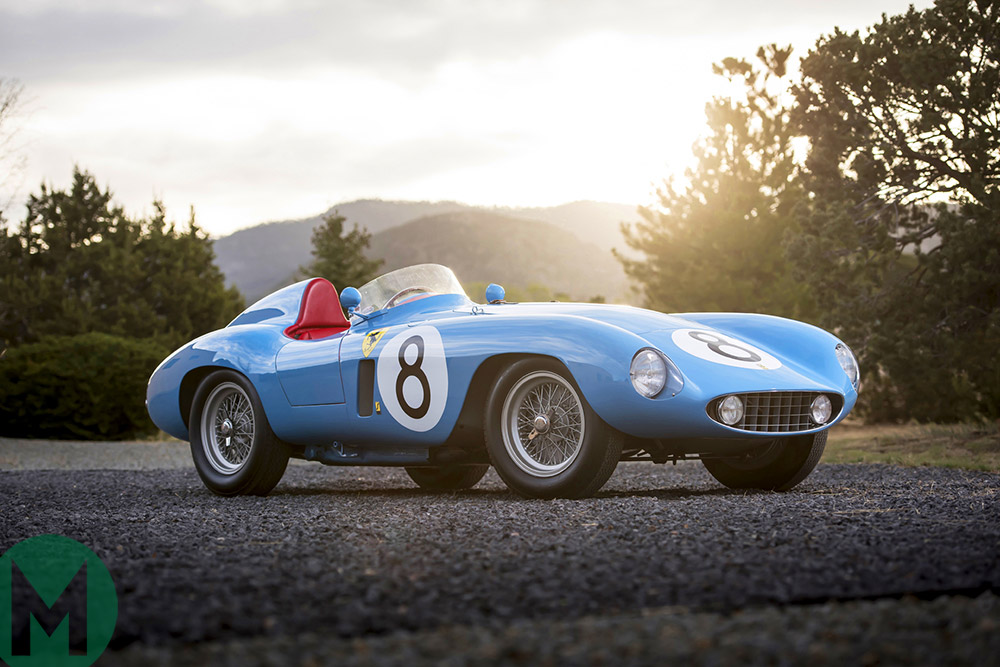 At first sight, it’s clear that this 1955 Ferrari 500 Mondial Series II is no ordinary Ferrari.

Painted in light blue – France’s answer to British Racing Green – at the request of privateer racing driver François Picard, it’s striking. Picard raced it once at Montlhéry and sold it to Italian hillclimb racer Gino Munaron before Ferrari took ownership towards the end of 1955.

What makes it even more unique is that, under the sweeping contours of Scaglietti’s coachwork, there lies not a 12-cylinder engine but a four-cylinder Tipo based on the 553 Grand Prix cars.

Just three such Ferraris powered by four-cylinder engines are said to remain.

Though he’d been producing cars for less than 10 years at this point, the presence of the prancing horse was already proving a valuable commodity, so much so that the president of Venezuela offered Ferrari free transport and entry into the 1955 Grand Prix of Venezuela. By this time, Ferrari had taken back ownership of the Series II Mondial and, for the first time, Ferrari was to race a car dressed in a colour other than red.

There was a muddy Mondial perched up on a jack stand, its wheels nowhere to be seen

Porfirio Rubirosa, Dominican diplomat and a man once described by an acquaintance as “half playboy, half gigolo”, purchased the car and took class wins at the 1955 Governor’s Trophy in Nassau, and the ’56 12 Hours of Sebring.

It changed hands again, making its way to North America and, by 1960, the Series II had raced in four continents, and it was no longer a functioning race car.

But the Ferrari had an admirer in naval officer Robert Phillips, having heard tales about it from fellow enthusiasts. He walked into the Californian dealership and, instead of a gleaming Scaglietti-coachwork Ferrari, there was a muddy Mondial perched up on a jack stand, its wheels nowhere to be seen.

The mechanic at the naval air station in nearby Oakland allowed him to spend the next nine months repairing the Ferrari, with Phillips getting a rude awakening to the world of restoration. Its engine, axle and bodywork underwent repair and Phillips raced the car in California, keeping ownership of the car even when he was transferred to Turkey and across the country to New Jersey.

The admiral began restoring the car extensively around a decade ago – a task that took eight years – and is now considered an expert on four-cylinder Ferraris.

Back in its French Racing Blue, chassis 0556 (0446)/MD won first in class at the 2008 Pebble Beach Concours d’Elegance and has picked up several other honours.

Now, Admiral Phillips is parting with this Ferrari 500 Mondial after 58 years of ownership, and, although another unrestored 500 Mondial failed to sell at RM Sotheby’s New York auction in 2015, this one is expected to: Gooding and Co estimates that, when it goes under the hammer at the Pebble Beach auction on August 24-25, this piece of Ferrari history will fetch $5.5-$7.5 million.