In association with Lloyds Auctions, we look at three stand-out cars from its upcoming auction 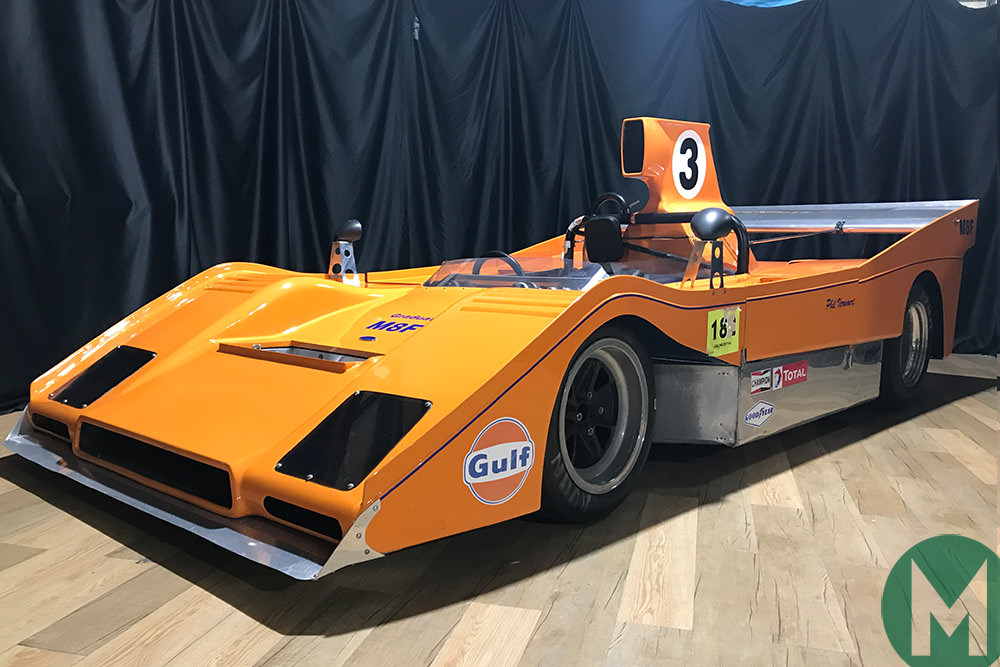 A unique Can-Am, star-studded Champ Car and Jaguar XK120 with Le Mans-winning registration will headline the next Lloyds Auction in Australia later this month.

The Can-Am’s history is strikingly special. Beneath the McLaren-esque body – painted in papaya livery, even – actually lies a Cooper T53, supposedly to have been raced by Jack Brabham and John Surtees in period.

Bruce McLaren’s early sports car outings were spent in a similarly derived racer, his being the Zerex Cooper Oldsmobile.

This ‘M8F Graduate’, though, was built from a chassis damaged in 1966 and its Climax engine was quickly replaced by a big Ford V8 as it entered the sports car scene.

A podium in the Western Australia 6 Hours at Barbagello Raceway in 1971 saw it claim the sports car class victory. And it’ been a regular in historic racing since 2007, when it was overhauled and now regularly proves itself fast – presumably with most unaware of the car’s illustrious history.

There are big names on the log book of the Champ Car from 2002, too. It was initially owned by Team Green, who listed Indy stars Dario Franchitti, Paul Tracy and Michael Andretti in its ranks for that year and claimed four wins.

That year also saw controversy and confusion hit the Indy 500: Tracy maintains he was the true winner of the race, and not Hélio Castroneves. Castroneves led when a late caution flag flew, at exactly the same time Tracy pulled out of the leader’s slipstream and seemingly passed to score a last-lap victory. Only the caution came seconds too early, and the race was declared at the last timing beam. When Castroneves led. After days of wrangling, the decision on the day stood.

This car, chassis 02I-217, was then sold to Derrick Walker Racing, running Mario Haberfeld, David Besnard and Michael Valiante, before Team Australia was formed. The car later was used as display car at Surfers Paradise Lexmark Indy 300, with Will Power’s name adorning its side.

Like most modern top-line single seaters that go under the hammer, the car’s Cosworth V8 is not included, but unlike many the Xtrac ‘box remains in the car.

Also heading to the online and Australian auction is a special 1953 Jaguar XK120 drop head coupe. When delivered in 1953, its registration was a curiosity: LSF420, the same as the number designated to Ecurie Ecosse’s 1953 Le Mans-winning C-Type driven by Tony Rolt and Duncan Hamilton.

As for the XK120 itself, it is fresh from a sympathetic 1000-hour restoration and has extensive owner history.

It may seem unlikely, but classic car owners have been taking a keen interest in Australia recently, not least because its climate is kind to cars – unlike the UK’s salt-laden roads. Likewise, Australians’ preference for big muscle cars often means European classics are available at a cheaper price.

“I’m constantly amazed by the quality of the cars coming through Lloyds and by the prices that they achieve,” F1 world champion and Lloyds ambassador Alan Jones said.

“Some of the money people are paying for Australia V8s is unbelievable, but the European cars are the ones which are under the radar for most buyers here as they all want Australian muscle cars.”

And with free shipping, customs and VAT to ports in Europe offered by Lloyds it’s become a viable option for UK and European buyers to pick up a bargain.