Few sales floors come as glamorous as the fairways and hotels of the Californian coast and, as ever, the spectacular scenery of Monterey car week has attracted expensive and exclusive cars for the 2021 Pebble Beach auctions.

Plenty of options include cars with racing pedigree, road rarities and storied saloons that make up an incredible week of auctioneering.

The likes of the 1986 Indy 500-winning March and a Porsche 917K famed for a Hollywood role are both going up for auction throughout the week along with plenty of stunning road cars.

The week offers plenty of time to take in the various rare cars gathered in California for the iconic week but here are some of the most intriguing lots up for auction during Monterey Car Week.

You aren’t going to find a lot throughout Monterey Car Week that has as much of a storied history as this Porsche 917 K.

While in the real world, the car crashed out of the 1970 Le Mans 24 Hours, its fame and pedigree comes from its featuring in Steve McQueen’s 1971 film Le Mans.

Mike Hailwood was at the wheel when its Le Mans journey came to an abrupt end on lap 50 but the car’s journey didn’t end there. Repaired and restored by Porsche following the accident, it was campaigned in the European Interserie by Jürgen Neuhaus, Team Shell Heckersbruch, and Gelo Racing.

It then became part of the Chandon Collection following its stint as a racing car until 1988 before being sold to the current owner. It has since been restored to its glorious Gulf livery colours.

As far as motor racing memorabilia goes, there is scarcely anything of the same ilk available. For fans of Le Mans, Steve McQueen or Porsche, it should only set you back an estimated £12.5m.

Predicted to fetch over $10m, this Ferrari 250 GT is striking even for one of the most iconic cars to leave Maranello. Created at the behest of Ferrari’s West Coast representative John von Neumann, the car was styled by coachworks specialist Carrozzeria Scaglietti and is one of 50 long wheelbase versions of the 250 GT. 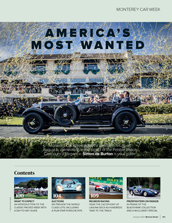 What to expect An introduction to the classic-packed week with a day-to-day guide Read more   Auctions We preview the world-class lots, including a film-star Porsche 917K Read more  …

Chassis 1235 GT was built to special order for amateur driver Ottavio Randaccio. The car’s current owner has spared no expense in the restoration work that included a complete rebuild of the engine and fine tuning of the chassis.

The lot is complete with its original chassis and body, with copies of the original factory build sheets confirming 1235 GT retains its matching-numbers engine and gearbox.

Part of the long-awaited return to racing of Mercedes-Benz, the AMG CLK GTR was concocted to compete in the FIA GT Championship in 1997. As part of the requirements to enter a car into the championship, a minimum of 25 road-going versions had to be built and with that, Strassenversion was born.

20 coupes and five roadsters were produced and this is chassis No9 from the 25.

With just 1442km showing on the odometer, this CLK GTR has been regularly maintained by Mercedes-Benz racing experts at SPS Automotive Performance. Original manuals, numbered battery charger, torque wrench and socket and hard shipping case are all included in the sale.

Sir Henry Birkin’s ambition and W.O. Bentley’s lack of interest in putting a supercharger in one of his Speed Six cars over the normally aspirated 6 1/2-litre engine resulted in the creation of an iconic piece of British motor sport history.

The iconic pre-war racer was commissioned by Birkin and Amherst Villiers set about increasing the horsepower from 110bhp to 175bhp. While W.O. opposed the creation, Bentley Chairman Woolf Barnato’s approval meant that the new supercharged versions would be built.

50 cars were built over a two-year period to satisfy Le Mans regulations and the car in question was eventually acquired by Scotsman Mr. W.C. Gordon Black in 1931.

Since then, the car has passed through a number of different owners and coachbuilders, with documentation listing the journey and various restoration projects that still means it can be entered into various high-profile classic car events around the world.

The winning car from the 1986 Indianapolis 500, this March 86C is one of the most accomplished racing cars available at any auction across Monterey Car Week.

Designed by Adrian Newey, the 86C was piloted to victory by Bobby Rahal after starting on the second row, having achieved 213mph in qualifying. 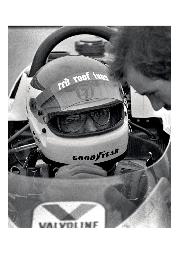 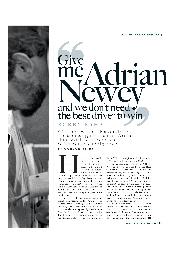 "Give me Adrian Newey and we don't need the best driver to win."

His designs would define the most technically advanced years of Formula 1 we'd yet seen, but first Adrian Newey had an apprenticeship to serve. He wouldn't earn his chops…

Part of the fight for the lead throughout the race, Rahal benefitted from a late caution and on the restart, seized the lead of the race. He held on to take a famous victory.

Chassis 86C-13 has since been on display at a number of museums, featured as part of many shows around the world as well as taken part in multiple demonstration runs such as at the Goodwood Festival of Speed at the 2011 event. Rahal and Newey piloted the car that day up the hill.

In the same specification as it was when it crossed the yard of bricks in 1986, the March is estimated to fetch up to $2m when it goes up for auction.

The Ford project was created to dethrone Ferrari at Le Mans and one year after finally achieving the goal with an historic 1-2-3 finish, Ford pushed the limits even further.

A redesigned car included a new honeycomb chassis and the 7-litre Mark IVs retained the crown at the most famous endurance race of them all.

Chassis no. J-9 is just one of the 10 examples built and driven in period as a Group 7 Can-Am open cockpit car. A special, 3-valve all-alloy 427 Ford V8 engine was fitted and the car was put through its paces by Mario Andretti in 1967, who called it one of the “scariest cars he’s ever tested.”

The car was sold by Ford to ex-Shelby American Team mechanics Charlie and Kerry Agapiou for $1 on the provision that if Ford wished to buy the car back one year later, he could do so for the same cut price. Without the offer forthcoming, it remained under the duos ownership until 2012. It was then acquired by Cobra Automotive and the car has been restored to have the Mk IV body.

With the car representing one of the golden periods in US motor sport history, the car is expected to reach £2.2-2.5m at auction.

Angelo and Paul-Albert Bucciali’s La Marie is an exceptional one-off design from the creative brothers that showcased their front-wheel drive design in the hopes other major manufacturers would license the technology.

TAV 3, TAV standing for Traction AVant would become TAV 8 and be assigned new model number: TAV 30, it is the only surviving Bucciali chassis from period today.

It’s no stranger to motor shows having appeared in Paris, Chicago and New York throughout the late 1920s and early 1930s.

The first car to feature modern front-wheel drive is yet to receive any estimation in terms of value, but it is sure to be one of the more valuable lots across Monterey Car Week.