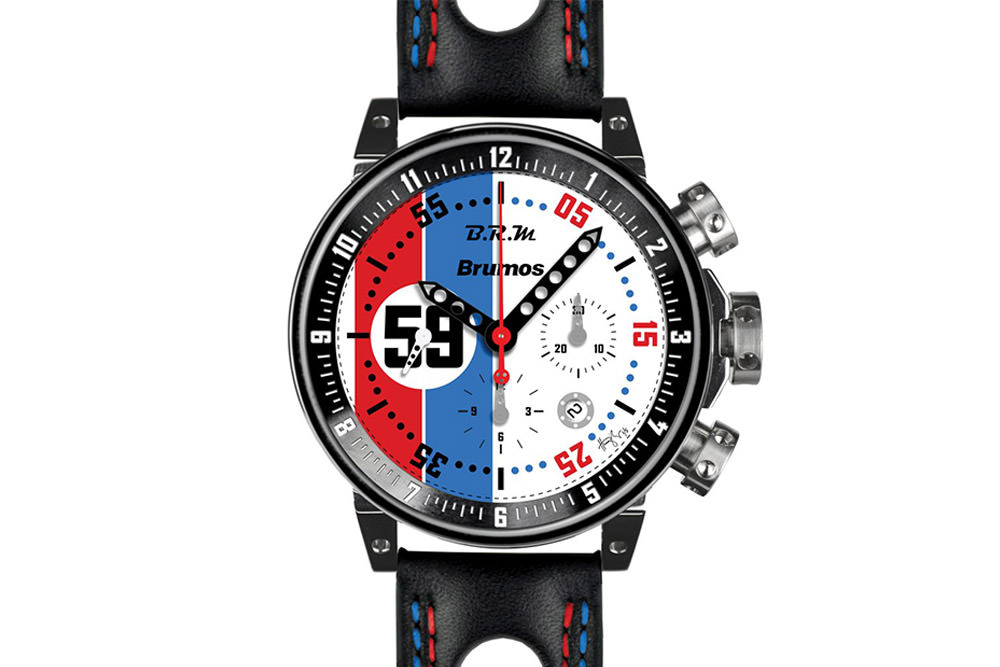 Brumos Racing, the Porsche racing outfit that made its blue and red livery famous through owner Dan Davis, Peter Gregg and Hurley Haywood’s multiple race wins and championships, folded in 2015. But this watch, made by BRM and Hunziker with the input of Davis and Haywood, captures that famous paint scheme (designed by Gregg), the immortalised no59 and the near-six decades of racing heritage fittingly.

Davis and Haywood sold their last Porsche dealership in 2015 – now called Porsche Jacksonville – but retained the naming and branding rights, which have fortunately made their way onto this timepiece.

The launch edition, of which only five have been produced, comes in a hand painted box by Nicolas Hunziker and each one is unique with a plaque signed by Haywood.