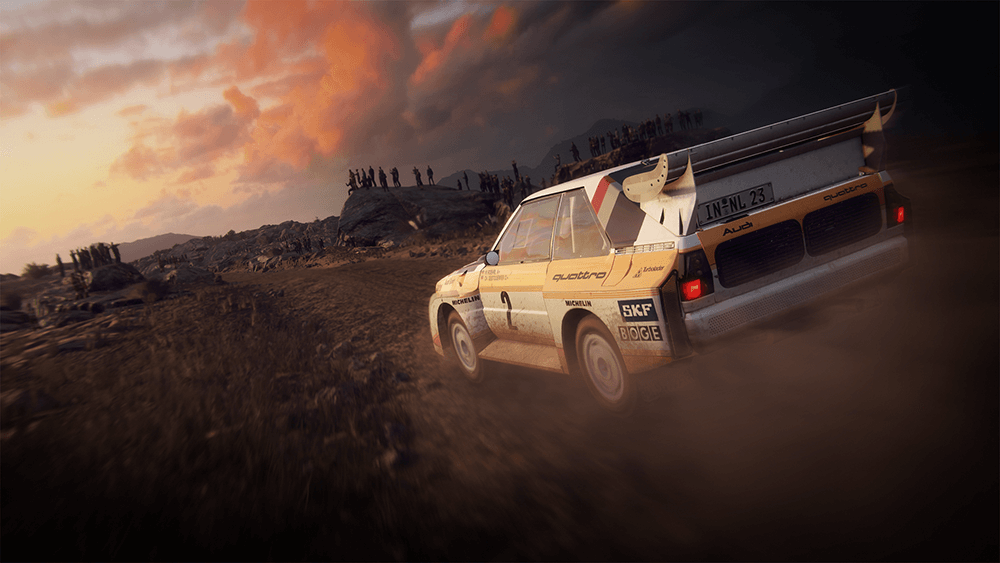 “This is a surreal experience for me,” says World Rally Championship driver Jon Armstrong, who happens to be the rally consultant for upcoming simulator DiRT Rally 2.0.

“I’ve grown up playing rally games my whole life, starting out with Colin McRae Rally, and to come into the studio and work there every day and give my feedback is a dream come true. I can see the small changes that I put into the game happen.”

Northern Irishman Armstrong started rallying at the age of 13, in 2008, and worked his way up national rallies – taking after his father, a co-driver at clubman level. It was a struggle, but through scholarships and prize drives such as the DMACK Fiesta Trophy, which he won in 2015 to secure a WRC2 drive, he was able to forge a career in rallying.

But Armstrong’s gaming hobby melded perfectly with his motor sport aspirations and the 23-year-old won the 2018 WRC esports series. Now, having approached Codemasters around seven years ago when arcade-rally game DiRT 3 was on the shelves, he’s working full-time to shape the developer’s latest simulation game: DiRT Rally 2.0.

“I validate all aspects of the game, whether that’s car handling, the environment and level design, pace notes, audio, and every aspect I can have an input.

“I’ve played so many racing games and rally games in the past, I know what they do well and how to make them a better package overall.”

“We needed that authentic rally voice and knowledge and who better to get than a driver. We’re really pleased to have got Jon in when we did.

“Jonny does the recce videos, which we then send over to Phil Mills [Petter Solberg’s 2003 title-winning co-driver], who does the pace notes as if he were on a recce.

“He and Jon send them back and forth, then Jon makes any corrections that are needed and then when Phil comes in he sits in our motion platform and records them while he’s being shaken around on a run that Jonny’s done on the stage.”

Along with Armstrong, Codemasters has recruited the expertise of Oliver Solberg for its licenced World Rallycross mode (including eight rounds of the season at release), as well as that of Mitsubishi rally factory driver Ryan Champion – whose Group A Subaru Impreza and Mitsubishi Evo X make it into the game too.

“Ryan Champion, our other handling consultant, has a lot of experience with rear-wheel-drive cars and he’s able to validate everything that we do. Oliver has experience in that and we’ve worked with Petter in the past,” adds Gowing.

“Furthermore, WRX is really generous with the time and the teams that they give us to make sure that we’ve got things spot on.”

DiRT Rally 2.0 is shaping up to be a worthy successor to the Colin McRae Rally series, and it could finally be the fully fleshed out rally simulation that fans have been asking for since the arcade-tinged DiRT series hit consoles back in 2007.

Whether or not it builds on the slightly barebones offering that was 2016’s DiRT Rally remains to be seen when the sequel is released on February 26, 2019.