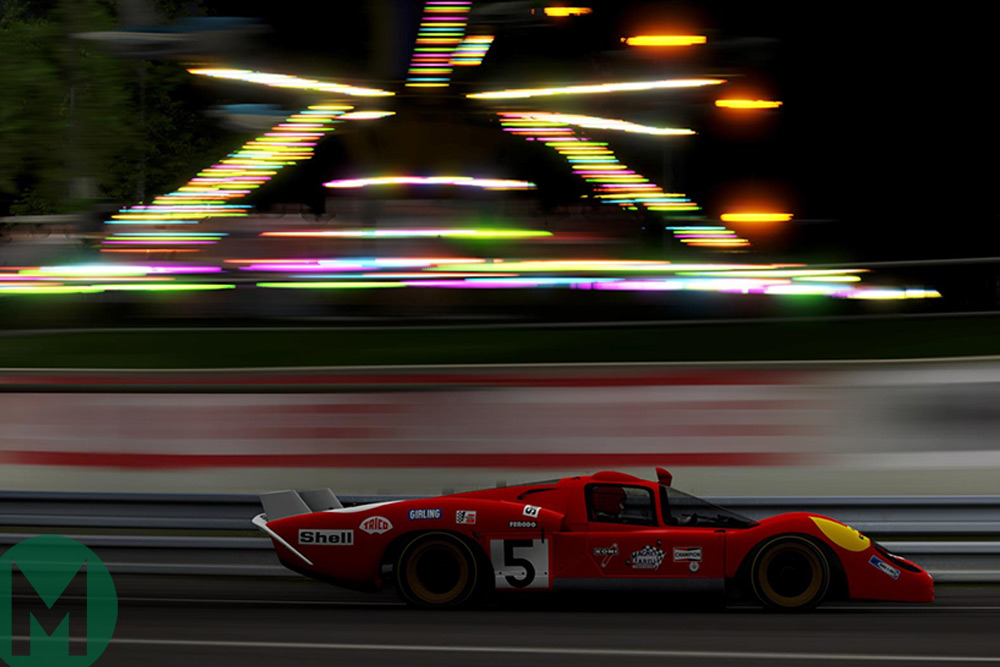 In the build-up to the world’s greatest endurance race, Project Cars 2 and Gran Turismo Sport have added Le Mans to their circuit lists, with a number of classic and modern sports cars to complement their respective rosters.

In Project CARS’ ‘Spirit of Le Mans Pack’, a standalone purchase for £8.49 on PS4, Xbox One or PC (or part of the season pass), you’ll find the Le Mans vintage track, modelled on the track as it was in 1970, when Richard Attwood and Hans Hermann won the contest.

And the car list gets a boost as well as Project CARS sets to recreate the Ferrari vs Porsche battle of 1970. Included is the Ferrari 512 S, 512 M and the Porsche 917 LH. Of course, you can bring the other vintage Porsches to the old Le Mans track as well.

With Project CARS 2’s full day-night cycle, it should be possible to run a full 24-hour race (or 24-minute race), if you’re that way inclined.

GT Sport players also get Le Mans, with the full Circuit de la Sarthe track included – but there’s no option to do a full 24-hour race with day-night transition – with the option to pick a time of day to race.

The Playstation-only game also adds nine new vehicles to its slowly growing car list, and all of them for free in a recent update: