Back in February, just before our world turned upside down, Motor Sport headed to Paris for the launch of Pure ETCR, an all-new electric touring car series that looked set to break new ground. Plans for a year-long roll-out were announced, including a debut at the Goodwood Festival of Speed. But within weeks global events pulled the plug – on everything.

But the spark for Pure ETCR didn’t die in lockdown. Now the series is recharging and plans are being put in place for a maiden six-round first season in 2021. Run by Eurosport Events, the company behind the World Touring Car Cup, a preview demo at the WTCR season finale at Adria in Italy on November 14-15 will give us a first peek – although dates and venues for four European rounds and two further afield next year are still being finalised.

Why should you care? Because while the format is packed full of gimmicks, largely to make up for the limits of EV range, the series is billing its machines as the most powerful touring cars we’ve ever seen – more punch than Sierra Cosworth RS500s in the 1980s, more than the DTM monsters of the 1990s, more than Australia’s V8 Supercars… With 500kW at peak power – that’s a eyebrow-raising 680bhp – Pure ETCR shouldn’t be lacking in spectacular performance, particularly as the cars will be rear-wheel driven on bespoke Goodyear all-weather rubber. Sounds like a handful.

So there’s potential here – and as with Formula E, it’s pricking all the major senses of the world’s car manufacturers. At the press launch last week in Copenhagen, Hyundai’s entry was confirmed, the South Korean brand unveiling its Veloster N ETCR, which Brazilian development driver Augusto Farfus took for a spin around the Danish capital. The Hyundai will compete in season one against Cupra’s e-Racer, driven by two-time DTM Champion and FIA World Rallycross ace Mattias Ekström and Spanish veteran Jordi Gene, and an Alfa Romeo Giulia ETCR built by WTCR entrant Romeo Ferraris and raced by rapid Frenchman Jean-Karl Vernay. It’s fair to say we can expect more to join. Honda’s decision to withdraw from Formula 1 after 2021 because of its intention to focus on EV development has inevitably led to speculation that the Japanese giant, which is already represented in WTCR, could be the next to sign up. 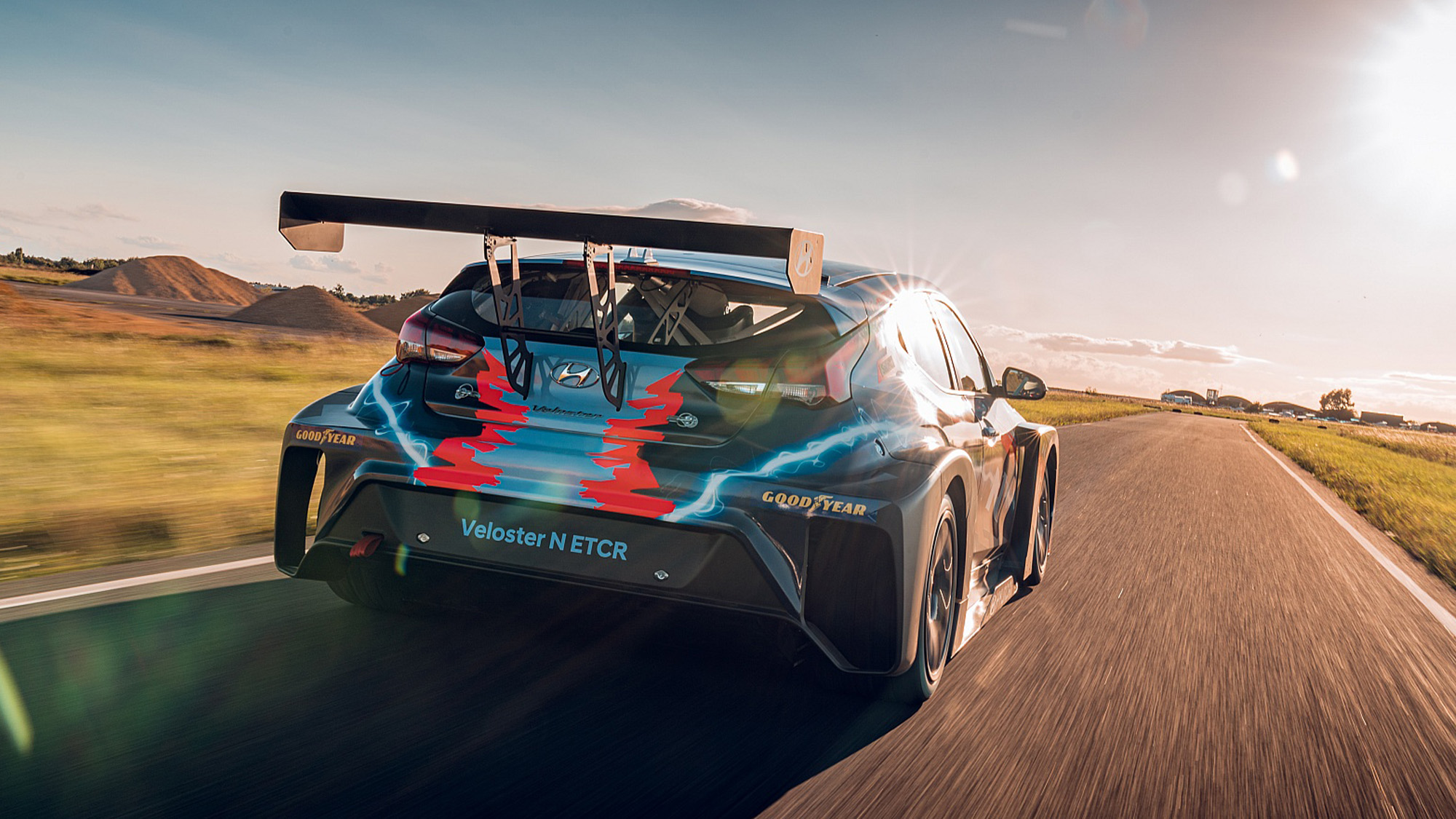 Pure ETCR is clearly on message, and we also hear the FIA has put out to tender for its own electric touring car series, to be announced soon. But beyond environmental credentials, it’s impressive performance that will give any new series true credibility. The cars have to be faster than their internal combustion-engined equivalents. Given that at Goodwood’s forthcoming Speedweek we’re likely to see Volkswagen’s remarkable ID R electric racer eclipse a wondrous array of traditional racing machinery and set a new outright lap record around the Sussex venue, that’s now an entirely realistic prospect.

But still, that old bugbear of range means such series need to rely on format gimmicks to become established. Unlike Formula E, PURE ETCR will at least take place on traditional race tracks rather than fiddly pop-up street circuits, but will fall back on a rallycross-style quick-fire head-to-head format to make up for the distance shortfall. Then again, that’s no bad thing. Motorsport is supposed to be entertaining after all – and as Formula E is already proving, range will only increase, so formats can be developed as the technology allows it.

On charging, PURE ETCR also launched its new Energy Station in Copenhagen, which will be transported to every round to keep the action flowing. Crucially, the chargers will be powered by hydrogen generators to ensure clean, decarbonised power – the only by-product will be water. A battery charge from 10 per cent to 90 per cent will take less than an hour. 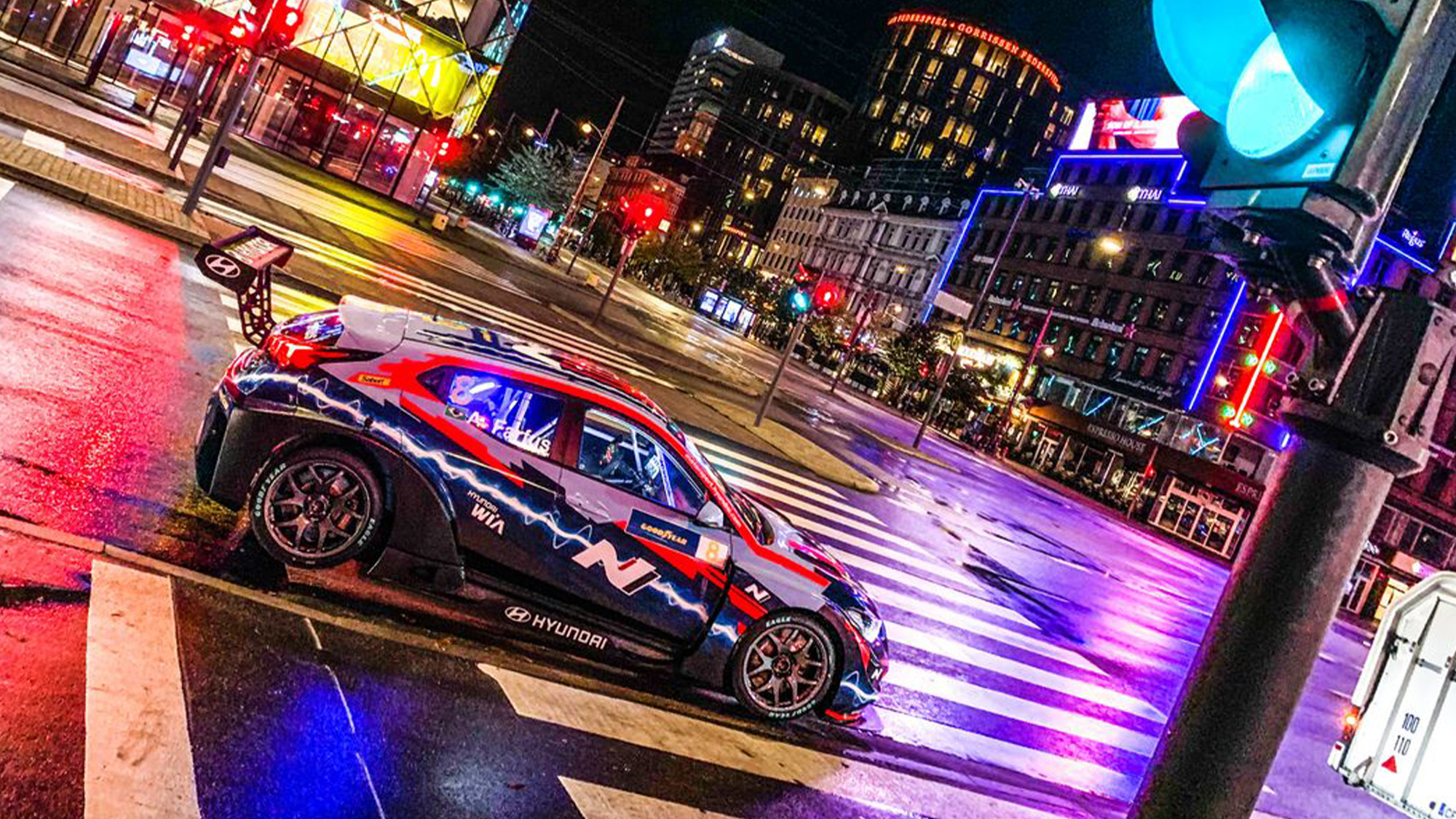 ETCR will race on existing circuits; Hyundai launched its car in Copenhagen

Speaking of Extreme E, there are some parallels here. Again, range is a problem for this series that has also adopted a hydrogen generator charging system. The difference is the complexities of racing in five remote locations – an Amazon rain forest, an arctic venue in Greenland, a glacier in Nepal and so on – means Extreme E will simply use normal road car-type chargers. The off-road machine being built by Spark Racing Technology in France, the same company behind the Formula E single-seaters, will take a full two hours to recharge – which probably explains why a format of qualifying, two semi-finals and a final will be stretched out over two days. It is undoubtedly a limiting factor.

But again, like Pure ETCR, the performance of Extreme E looks likely to live up to its name. The Odyssey 21 off-roader is a 1650kg, 2.3-metre wide, electric-powered, four-wheel-drive SUV built on a steel-alloy tubular frame that boasts a peak output of 480kW – that’s 550bhp. It’s a monster, as Valtteri Bottas, Sébastien Loeb and Jean-Eric Vergne discovered when they were among a group of curious drivers that tested one in the South of France recently. Against dramatic backdrops and on five-mile routes with no obvious definition in terms of traditional circuits, Extreme E does promise to be spectacular. 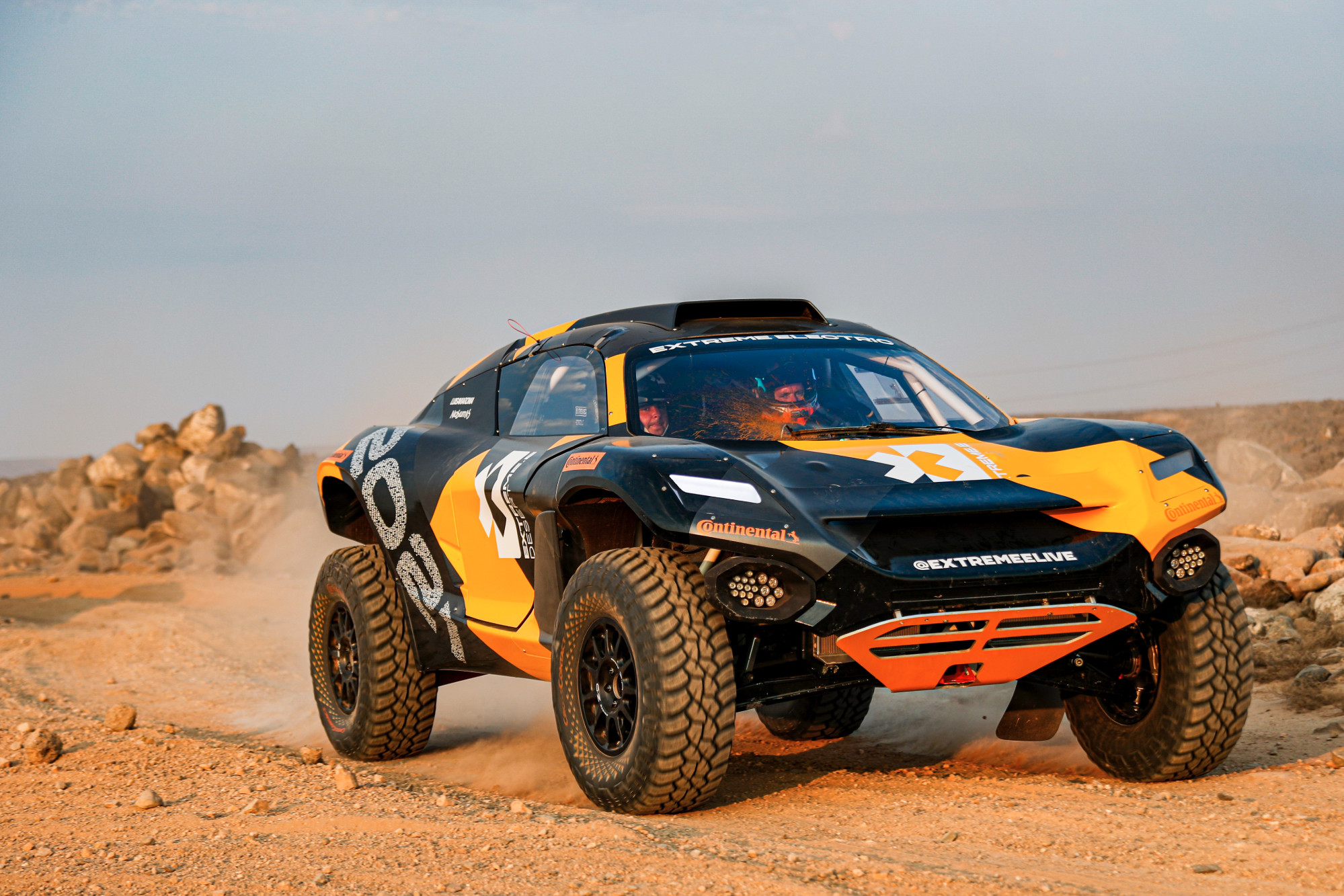 But there’s one big, major difference between the concepts of Pure ETCR and Extreme E. The latter is pushing a heavy agenda to educate and even help address climate change. The venues have been specifically chosen as areas of the world that have suffered environmental damage at the hands of humanity, and via a team of academics and scientists from Oxford and Cambridge universities, Extreme E has pledged a ‘legacy’ for each site it visits – to leave them in a better state than it found them. Each of the five events will be promoted in a manner to educate the world on the effects of climate change, and how EV mobility can help change an increasingly desperate situation now and in the future. 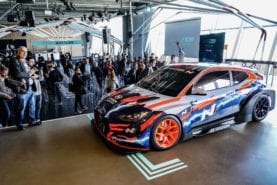 But Pure ETCR has no green agenda. As Francois Ribeiro, boss of Eurosport Events, told us back in February: “This is not about saving the planet – this is about performance.” Pure ETCR is not set up with some higher calling in mind – it is simply tapping in to new technology that car makers are increasingly obsessed with, solely to produce a form of exciting motorsport they will be tempted to invest in. The touring car series is also aiming for a zero-emission future when it’s possible, but you sense mainly because it has to in this fast-changing world, not because its founders has an aching conscience.

For us as motorsport enthusiasts, both will offer something new, and potentially something exciting. Cynicism, scepticism and a lack of enthusiasm for the EV revolution is easy and, after a century of piston-powered wonder, entirely understandable. But motorsport has to evolve, whether we like it or not – and so do we. In 2021, both Pure ETCR and Extreme E will launch not as replacements for series that already exist, but as something entirely new. They will not be perfectly formed, but they do represent the pioneering seed of motorsport’s future. We all need to pay close attention – and that includes the EV sceptics who inhabit F1.

And if we don’t like it? Well, we’ve always got historic racing, haven’t we?