Plans have been revealed for the world’s first multi-brand, all-electric touring car racing series that, organisers say, will differentiate itself from Formula E by promoting performance over efficiency to change the perception of EVs as racing cars.

Pure ETCR promises to promote ‘real electric car racing’ and will launch with a promotional event at the Goodwood Festival of Speed this summer.

The series is the creation of the WSC Group run by Marcello Lotti, the founder of the TCR saloon car racing formula, and run by Eurosport Events which also organises the World Touring Car Cup. Eurosport Events is part of the Discovery Group, which also has a stake in Formula E, the all-electric single-seater series that is currently in its sixth season. 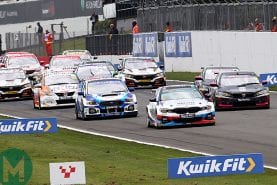 A Cosworth hybrid system will bring push to pass to BTCC, and success ballast will be replaced by varying hybrid power to balance performance BTCC has revealed details of its…

The formula will feature cars offering 65KWh of capacity from a 800V battery, pushing out 300KW of continuous power and 500KW of maximum power – the equivalent of around 680bhp. Batteries will be supplied by Williams Advanced Engineering, which is also a partner in Formula E. Recharging will come from hydrogen generators which will allow a 90%  charge from 10% in just one hour, to ensure a quick turnaround for rapid-fire racing.

The format promises to be a novel one. Teams and cars will be split into pools of four, running a series of ‘battles’ in which each driver – starting from a horse racing- style gate –will score points to qualify for A, B and C finals, with the overall winner crowned the ‘king/queen of the weekend’. Races should last 21 minutes each, with the capacity for four push-to-pass power boosts to aid overtaking.

Following the launch event at Goodwood, further promotional runs will take place at WTCR rounds, at the Copenhagen historic racing festival, an event yet to be confirmed in China in the autumn of 2020 and will culminate at the Daytona 24 Hours in January 2021. Then an eight-round series is planned for next year, rising to 10 events in 2022.

The cars will run on single-spec Goodyear treaded all-weather tyres, which will contribute to a set of sustainability targets Pure ETCR will set in its long-term aim to be carbon neutral.

“It’s the time to do this,” said Francois Ribeiro, head of Eurosport Events at a launch on Wednesday morning in Paris. “It’s no secret the way the automotive industry is moving. This is not an evolution, it’s a revolution. Change is coming and motorsport cannot ignore it. We have to follow the industry because we are part of it.

Ribeiro added that Pure ETCR’s purpose is not to “save the planet” and unlike Formula E won’t exist to “promote technology, but instead promote product” for car makers. “Motor sport can play a role in changing perceptions,” he said. “We are a motor sport promoter, not an advertising agency.” 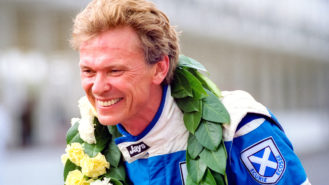 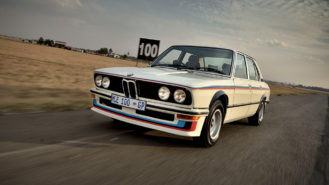