Jenson Button will join Lewis Hamilton and Nico Rosberg as an Extreme E team owner, he has announced today. But unlike his fellow F1 World Champions, Button will be racing in the electric off-road series too.

He will be one of Team JBXE’s two drivers this year during Extreme E’s debut season, and now faces a race against time to be ready and competitive for the first race in Saudi Arabia, which takes place at the beginning of April.

“I caught the off-road bug a few years back which led to me entering my own team in a few races including the Mint 400 and even the Baja 1000 and I absolutely loved it!” said Button. “It was around the same time I first heard about the plans for Extreme E which I’ve followed with great interest.”

It’s the second new venture that Button has joined in a matter of days, following his appointment as a senior advisor to the Williams Formula 1 team. Button also co-owns the Jenson Team Rocket RJN British GT team 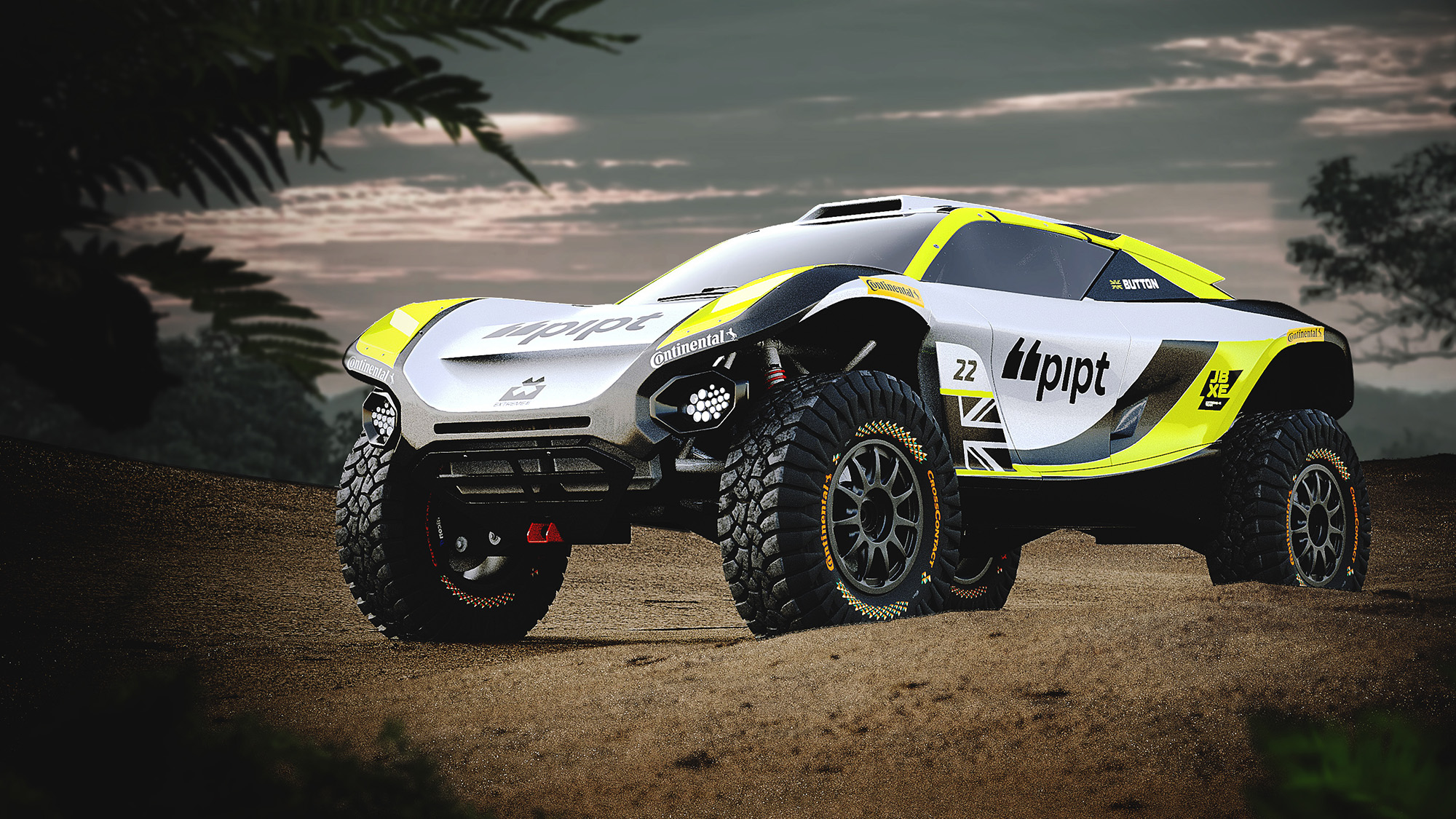 Team JBXE will race alongside nine other teams this year

Extreme E aims to highlight the damage the climate change is wreaking in the planet by racing in some of Earth’s most fragile locations including the Arctic, Amazon rainforest and west coast of Africa.

All ten teams must field a male and female driver who will race one lap each of the ten-mile tracks.

“I’m delighted to say there are some world-class opponents to go wheel-to-wheel with and Extreme E is a world-first which sees true equality with male and female drivers both as teammates and as opponents out on track,” said Button.

He faces formidable competition, including three World Rallycross champions in the form of Johan Kristoffersson, Timmy Hansen and Mattias Ekström, as well as the WRC champions Sébastien Loeb and Carlos Sainz, and rally-raid champion Laia Sanz.

Button’s challenge will not be made any easier by the late announcement of Team JBXE, which is backed by Apater Capital and social media platform Pipt. Rivals have already been testing, and Button told Sky Sports that he would only get behind the wheel for two days in Wales before heading to Saudi Arabia.

“We’ve only just finalised everything,” he said. “We’re definitely behind the game now but we are sure we’ll ready for the first race. It’s going to be really great competition and I’m really interested to see how I fare against these guys.”

Button will be the first Formula 1 World Champion to race in an electric series and welcomed the chance to challenge Hamilton and Rosberg once again – in very different circumstances.

“This is more of a sprint race,” he said. “Think Star Wars when thy have the pod racing – it’s that sort of thing.

“I’m looking forward to it. I’ma. Little bit nervous of course; its something that is totally out of my comfort zone but I think k I’ll found my feet pretty quick.”