Nico Rosberg is no figurehead team boss when it comes to Extreme E. Unlike his childhood mate, nemesis and rival team boss Lewis Hamilton who, to be fair, has plenty on his plate fighting Max Verstappen, the 2016 Formula 1 world champion can be properly dedicated to his Rosberg X Racing squad. Just ask his driver, Molly Taylor. The Australian found out just how hands-on he is when Nico contacted her out of the blue to ask if she’d drive for him.

“I got an email through my website, like a generic enquiry and it was only a couple of lines,” she says. “To be honest, I thought it was someone playing a prank to see if I’d fall for it. I didn’t actually think Nico Rosberg was emailing me through my website. Anyway, I said yes, sure, we can have a call – and the next moment he called on Facetime. It was unexpected and surreal, I had to pinch myself. But from the first conversation you could feel his passion for the project and it’s just something you want to be a part of.”

RXR is unbeaten in the new electric off-road SUV series that carries a big social conscience as it travels around the world on a former Royal Mail postal ship. Taylor and her three-time world rallycross champion team-mate Johan Kristoffersson have won both rounds run so far, in Saudi Arabia and Senegal, and now, after desert and tropical coastal locations, they head next week to Greenland for the Arctic X Prix in search of a versatile hat-trick.

Should we be surprised at RXR’s success? Not with Kristoffersson in Rosberg’s Odyssey 21, while Taylor also has a cast-iron international record in rallying: she has starred in the European Rally Championship, finished on the Junior podium at WRC Rally Finland in 2014, then returned to Australia and became overall national rally champion for Subaru in 2016.  The 33-year-old is among the most experienced of the female racers in Extreme E, the series that is built around the twin pillars of gender equality and climate change action. Driving for a team drawn mostly from the Rosberg family DTM squad first established by Nico’s old man Keke in the wake of his own illustrious driving career, RXR has shot out of the blocks faster than any of its eight rivals – and that includes Hamilton’s Prodrive-run X44 squad. 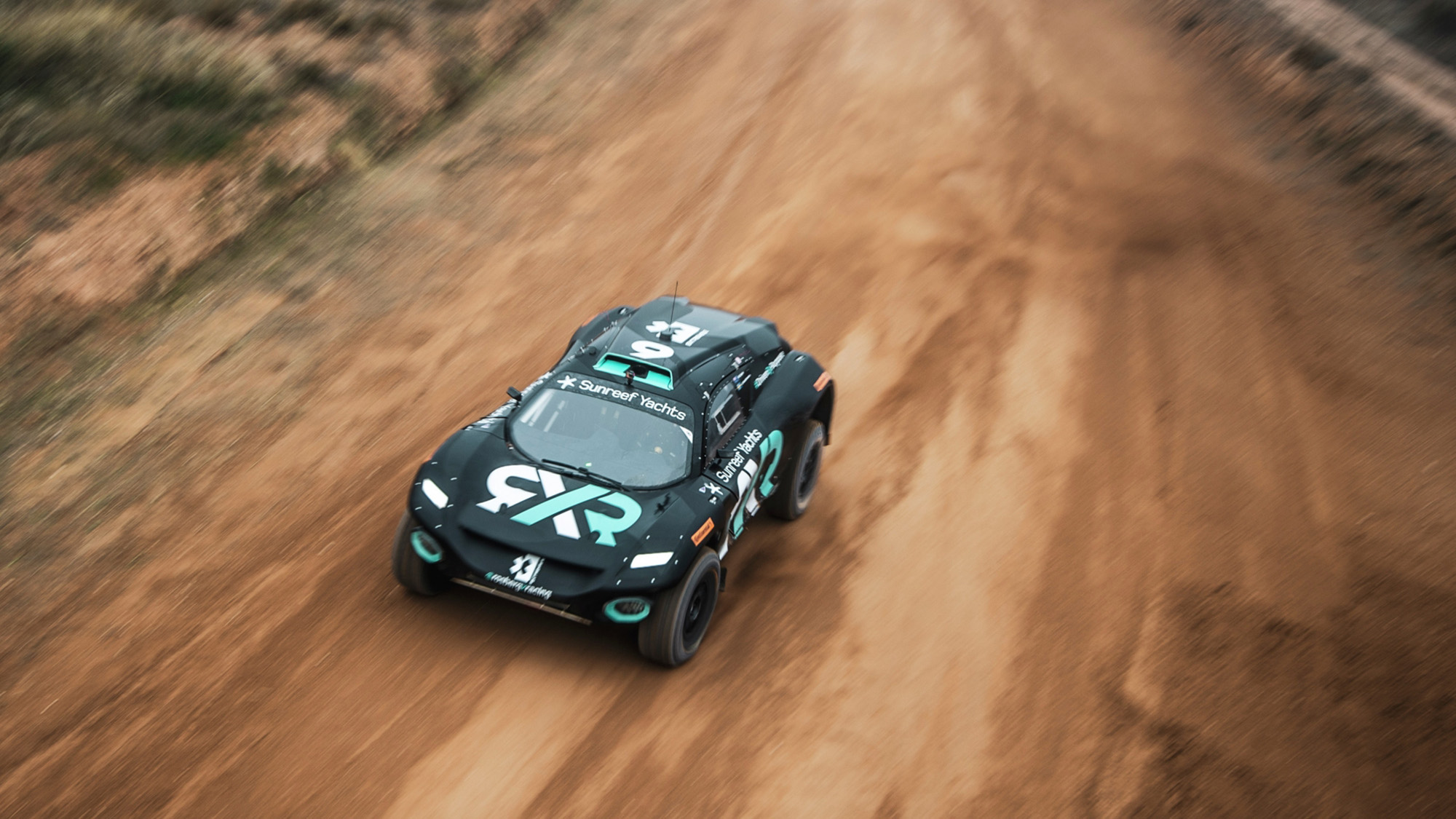 RXR team draws from DTM team set up by Keke

When he first sensationally quit F1 a week after becoming world champion, there were plenty who wondered (this writer included) if we’d ever see Nico Rosberg back involved in motor sport, at least in any meaningful sense. Sure enough in the past five years he’s invested in businesses far away from the racing paddocks he grew up in, labelling himself somewhat evangelically as a “sustainability entrepreneur”. His use of the term might be considered grating if he wasn’t so sincere about his desire to dedicate himself to a “life of service, for the greater good, for many people to benefit from.

“I studied psychology for 10 years, I thought to become a better F1 driver, but actually it was for my life,” Rosberg said. “I’m dedicated to helping others now.” 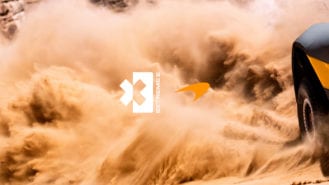 McLaren will join the Extreme E electric off-road series next year, as it looks to “accelerate” sustainability and diversity in racing. It will join teams run by the likes of…

Strictly living today “on the other side of the fence”, he was only tempted to drive in Extreme E for a brief moment when series founder Alejandro Agag hooked him in on the sustainability angle, before reminding himself the bit behind the steering wheel is now firmly in his past. Instead, he did his due diligence and hand-picked who he wanted to drive his car. On the surface, Nico is chalk and cheese compared to his old-school racer father – but his direct approach to team ownership suggests he’s not as different (or as tame) as some like to think.

“Primarily, I’m putting things together, including the drivers,” he told me earlier this year. “I contacted them myself, chose them and did the deals myself, with the help of the team. I was going through the night with Molly because of the Australian time zone difference and there were so many other teams speaking to her. Every night I was trying to convince Molly. And Johan is the world rallycross GOAT – [greatest of all time], so as you can imagine there was interest in him too. What is so awesome is the battle for Molly was the same as for Johan, and that’s not often the case. That was so empowering for the women here in Extreme E. She must have been thinking ‘holy shit, the whole world wants me’.

“On site, I can be a bit of a challenger because I have a lot of experience and that’s both on the engineering front and on what can go wrong on the driving side,” he added. “I’m trying to get involved as much as possible without being a pain.”

So what’s the verdict on the boss, Molly? 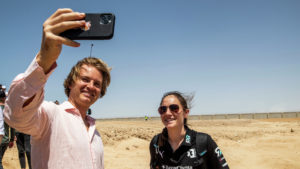 “It’s fantastic to work with him – he’s incredibly passionate about the environmental side, and also the performance side,” she says. “For me as a driver to work with him, it’s a golden opportunity. I’m learning an incredible amount from him. Even if his perspective isn’t from off-road so many things are transferrable. And he makes stuff happen. If we want something to work he’ll be up all night figuring how we can do it. It’s great to have someone that’s so invested in all aspects of our team and our performance.”

Rosberg’s 2016 F1 title was a triumph of graft, both psychological and technical – as it had to be to beat Hamilton. “He’s very analytical,” says Taylor. “He likes to know all the information and look at all the angles. It’s fantastic because we leave no stone unturned. But he’s also very down to earth, very genuine. It’s collaborative and if you want to pick up the phone and ask him a question he’s always there. That’s really important.”

Like Rosberg, Taylor comes from a family with motor sport pedigree, but it took her a little longer than Nico to realise it was her future too. “I actually wanted to be an Olympic horse rider when I was growing up and it wasn’t until I was getting my licence for the road that it started,” she says. “My father [Mark] runs a rally school and mum [Coral] is a professional co-driver, so when we were growing up she was away six months of the year. I just thought that was what everyone’s mum did, that it wasn’t unusual.

“When I got my driving licence my dad wanted me to do a day at the rally school purely from a driver training point of view, to be able to handle a car if anything went wrong. That was the first time I’d driven a rally car on gravel and I thought ‘ah, this is why you do it. Why didn’t you tell me?!’ It very much came from me. They opened the door to the sport, but when I got involved it was because I wanted to. There was no expectation from them.” 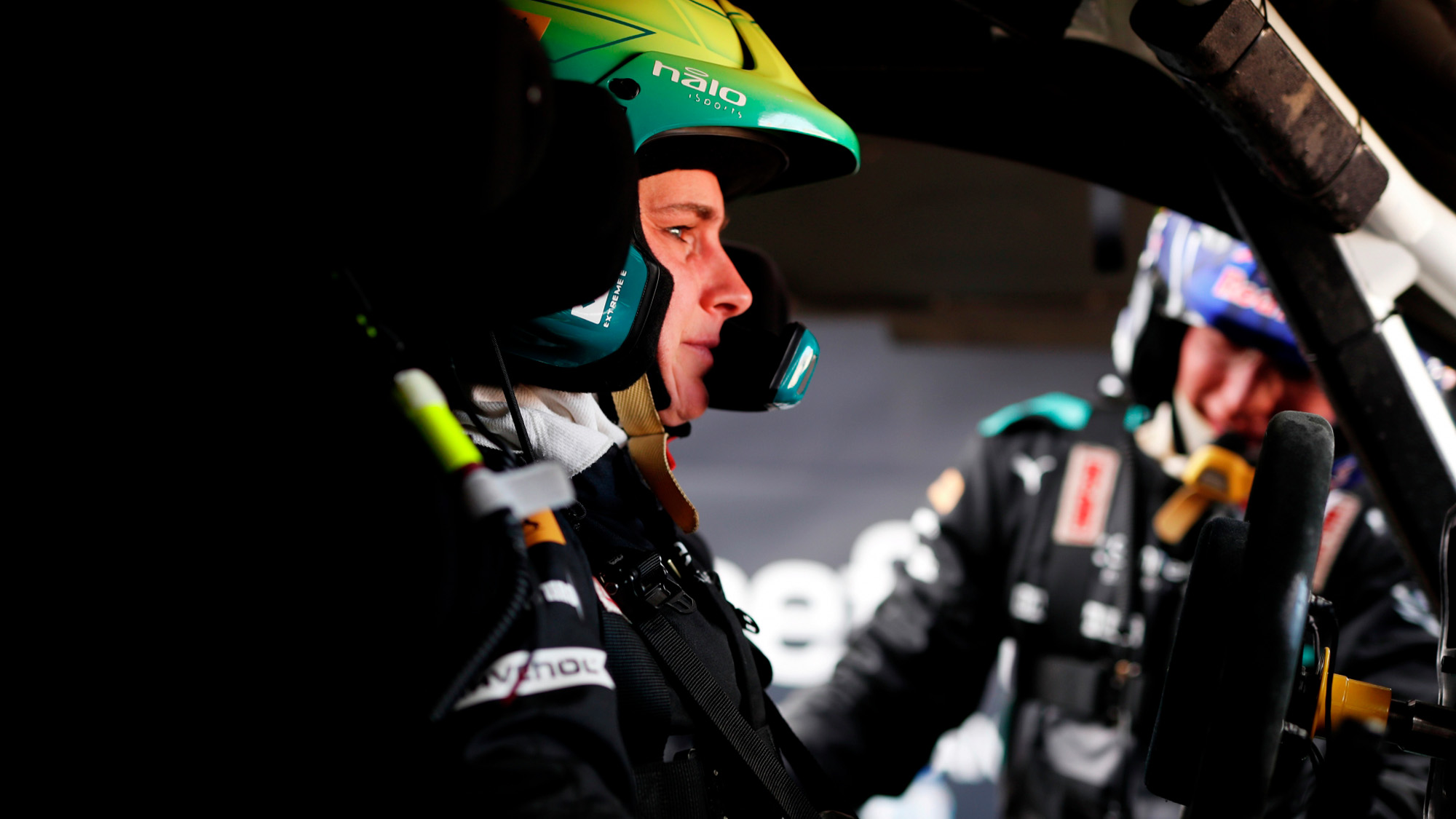 Taylor at the wheel of the RXR Odyssey 21

As is the way in Extreme E, she has no idea what to expect from Greenland. The first time she, Kristoffersson and their rivals will see the circuit will be when they walk it next Thursday afternoon. “It’s been a wild adventure,” she says. “In rallying it’s so difficult to put together programmes and every year you are always fighting to keep everything going. I’ve had some incredible years with Subaru in Australia, but when Extreme E started and I got the call from Nico it dramatically changed a lot of things in my career. It’s an incredible opportunity for me. I wouldn’t be over here in Europe without this programme. I’ve been living out of a suitcase, staying with friends and moving from couch to couch. But to be in this position I have to be very grateful.”

So an RXR hat-trick next week? You wouldn’t bet against it.