Through the toughest races in the world, on some of the most gruelling circuits, and faced with random and unpredictable adversity, the great sports car drivers manage to triumph against their sizeable opposition.

This year’s Hall of Fame nominees made their mark on the track, and some shaped their cars too, forming a winning partnership between man and machine.

Only one will be inaugurated into the Hall of Fame this year: your votes will decide who. 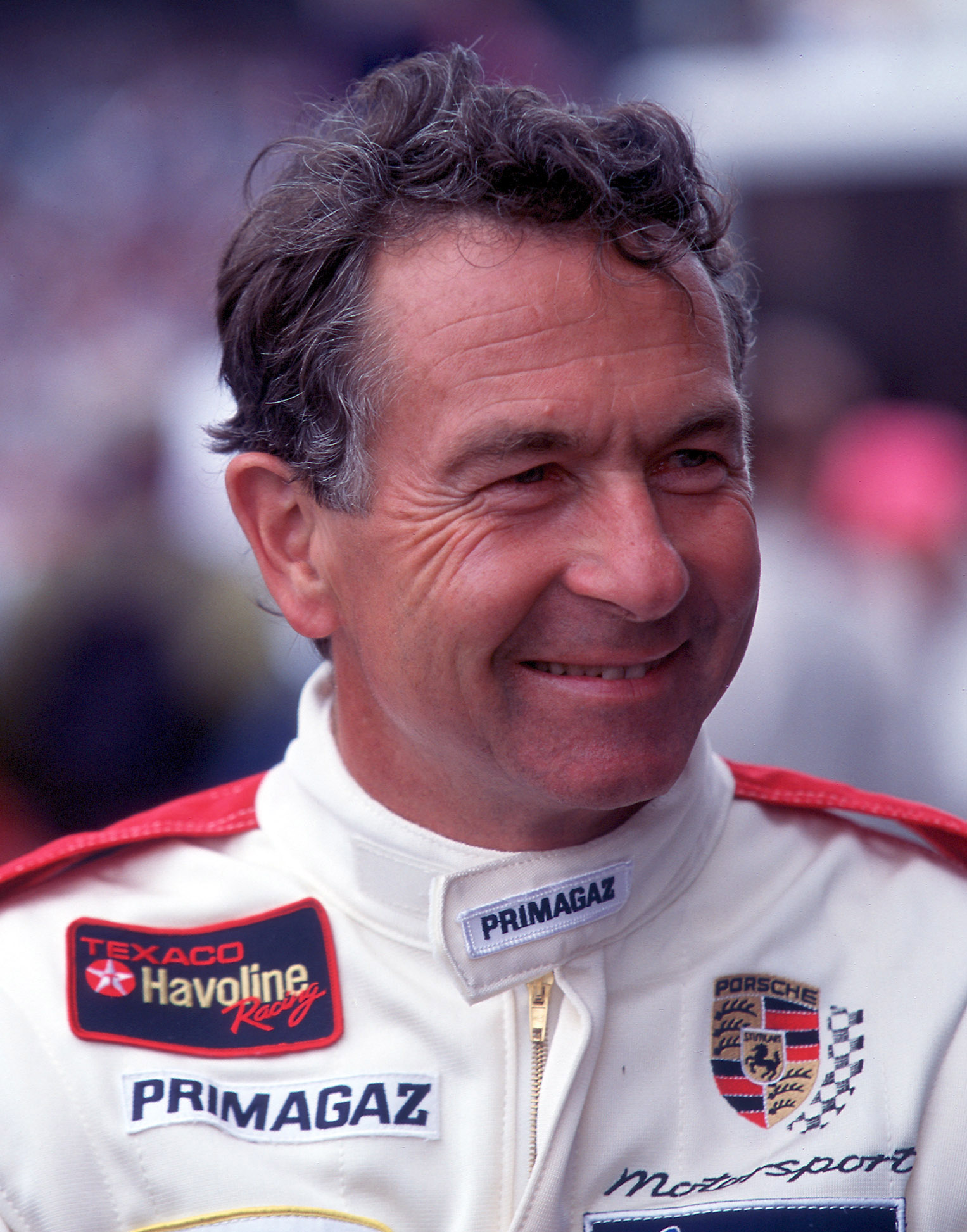 ‘Brilliant Bob’ earned his nickname as one of sports car racing’s finest drivers in a career that spanned three decades and 30 starts at the Le Mans 24 Hours.

Frenchman Wollek was an international skier before turning to motor sport and made his Le Mans debut in 1968. Famously, he would never win the great race, finishing runner-up on four occasions, the final time in 1998 when racing for the works Porsche team.

But he did win 11 World Sportscar Championship rounds, the Daytona 24 Hours four times, a European Group C title in 1983 and a trio of German national sports car crowns.

Wollek was still a contender into the new millennium, only to be killed in awful circumstances at the Sebring 12 Hours in 2001 when he was knocked from his bicycle while riding to the circuit. He remains a dearly-loved and much-missed figure in the world of endurance sports car racing. 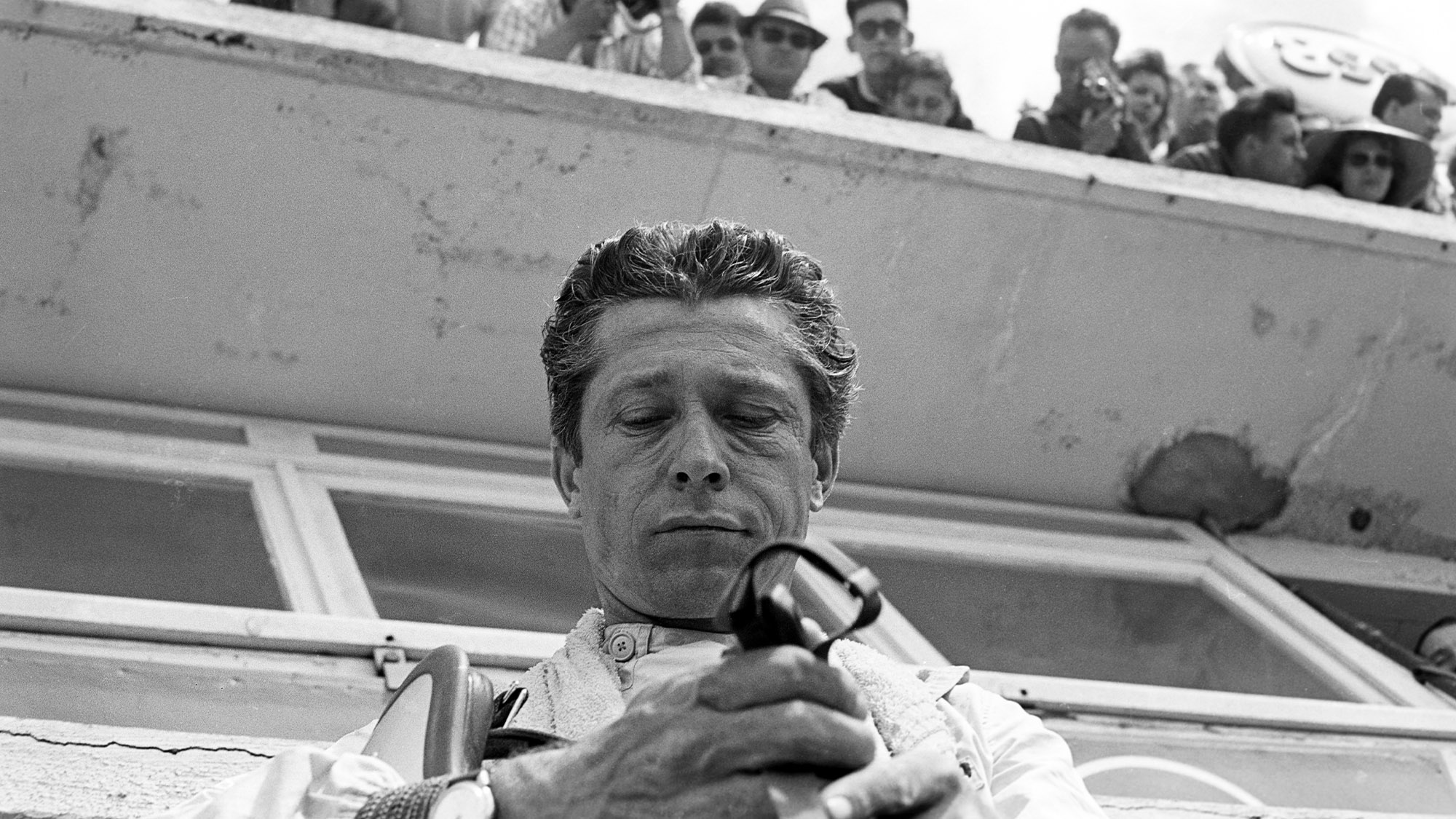 Winner of the Le Mans 24 Hours four times in just five years for Ferrari, Olivier Gendebien was Belgium’s best and most successful racing driver before the emergence of Jacky Ickx.

Although it was in sports cars in which he achieved his greatest successes, Gendebien was also a fine grand prix driver, finishing fifth on his debut in Argentina in 1956 and scoring his best Formula 1 results in a Yeoman Credit Cooper in 1960.

He scored his first major sports car wins at Reims and on the Tour de France Automobile in 1957, then enjoyed a stellar season in ’58, winning Le Mans for the first time with partner Phil Hill, and the Targa Florio with Luigi Musso. A

After a brief spell with Porsche, with whom he’d win the Sebring 12 Hours in ’60, Gendebien returned to Ferrari and remained unbeaten at Le Mans between 1960 and ’62, sharing once with Belgian journalist/racer Paul Frère and twice more with Californian Hill, the partner he is most associated with. He died in 1998, aged 74. 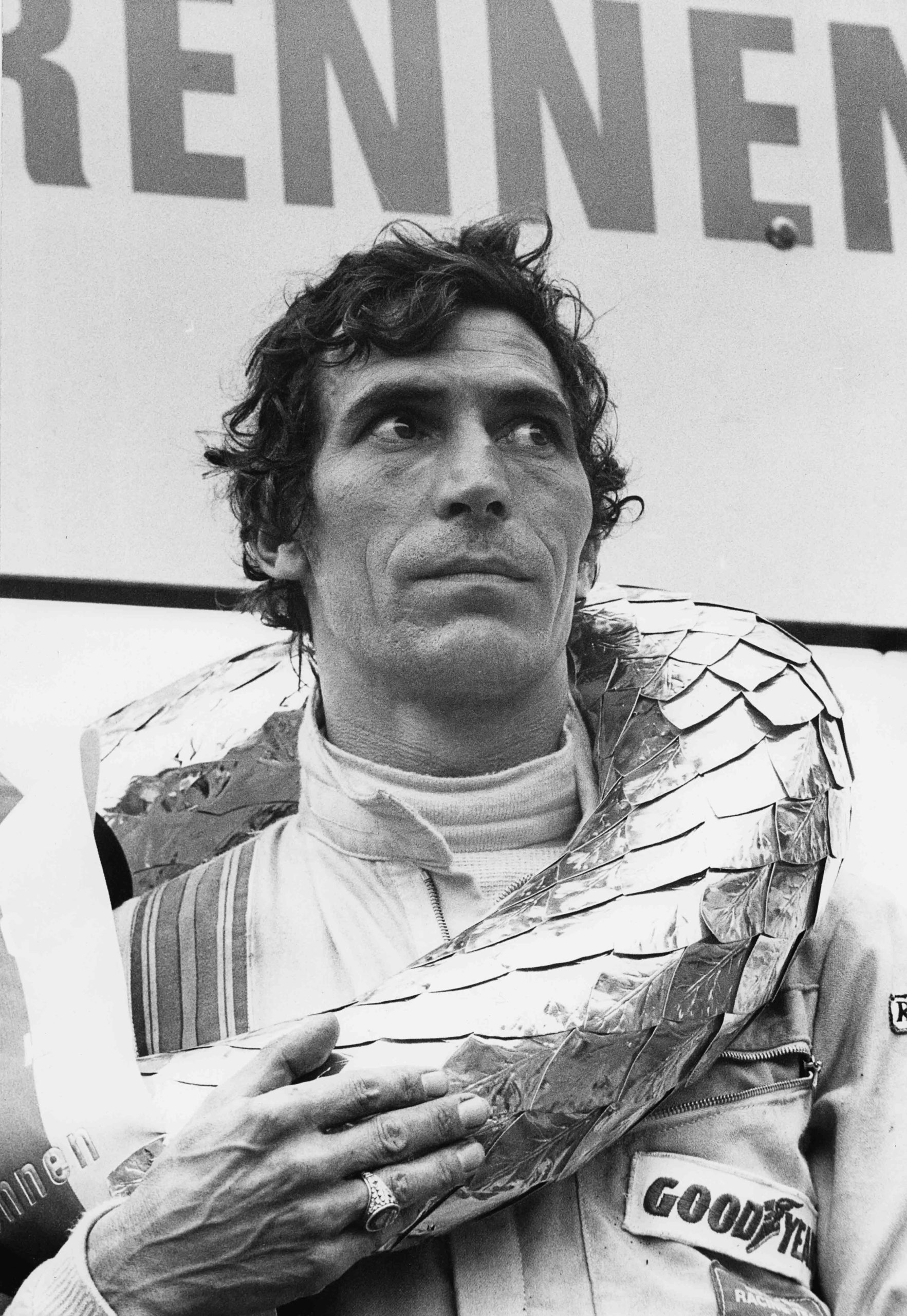 In early 1968, granite-faced Vic Elford conquered the Monte Carlo Rally in a Porsche 911, then travelled directly to the US where he won the Daytona 24 Hours in a Porsche 907 a week later. No wonder he is considered among the best and most versatile ‘all-rounders’ in motor sport history.

Rallying was his first love and he was a guiding light in making the 911 a successful competition car. Synonymous with Porsche, he also won the Targa Florio in 1968, recovering from a puncture that lost him 18 minutes, and the Nürburgring 1000Kms, a race he would win three times.

Elford always excelled on the fearsome ‘Green Hell’, having also conquered the barely believable Marathon de la Route in 1967 – that ran for 84 hours. Tough and brave, he starred in Porsche’s wondrous 917, winning the 1971 Sebring 12 Hours with Gérard Larrousse and yet somehow never won Le Mans. Elford retired in 1974 and remains one of British motorsport’s most cherished heroes from racing’s golden age. 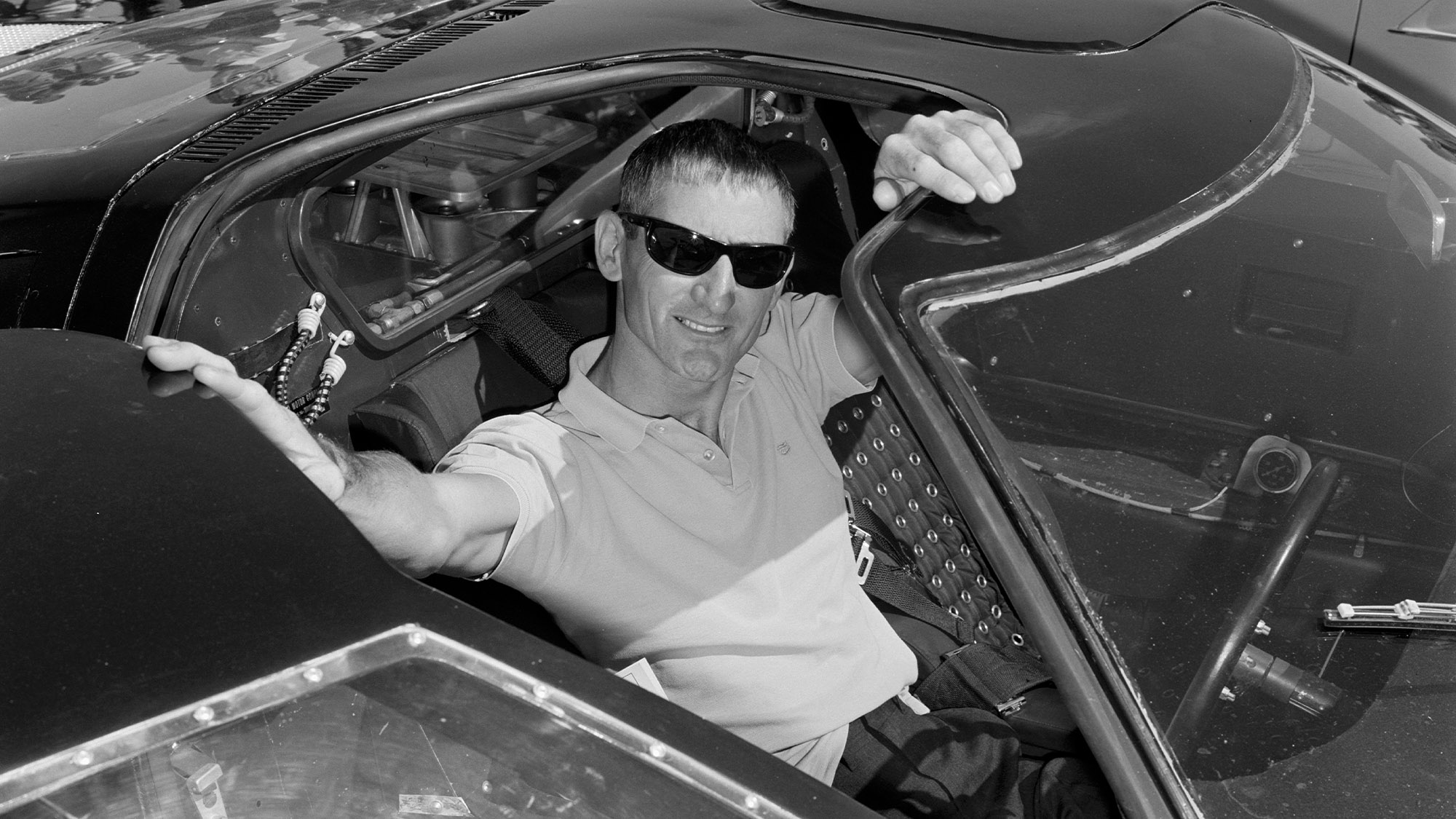 Best known for his development work on the Ford GT40, this American-based British cult hero finally received the credit he was due through Christian Bale’s portrayal of him in the 2019 movie ‘Ford versus Ferrari’.

Ken Miles was a D-Day veteran who cut his racing teeth in England during the early 1950s before moving to the US where he became a prolific winner on the competitive SCCA scene. His friendship with Carroll Shelby and his growing reputation for car development led to his significant role in the story of the GT40, and in 1966 he and Lloyd Ruby led Ford’s domination of the Daytona 24 Hours, then again at the Sebring 12 Hours.

At Le Mans, he again led the charge towards what would have been a remarkable single-season triple crown of wins in the endurance racing classics, only to be controversially manoeuvred out of Ford’s famous breakthrough win during the formation finish, he and Denny Hulme losing out to Bruce McLaren and Chris Amon. Later that summer, he was killed while testing Ford’s ‘J-Car’ GT40 development at Riverside in California.

Rosier in his Talbot at the 1950 GP Berne

He lost his best racing years fighting in the French Resistance during WWII, but Louis Rosier still made his mark on motor sport, most notably at Le Mans.

In 1950, he entered a Talbot-Lago T26 GS as a privateer with his son Jean-Louis only to lose the lead in the pits early on Sunday morning. After his son completed two laps, Rosier single-handedly charged back to a famous victory, receiving a black eye along the way after hitting an owl.

Rosier also upheld French honour in the early years of Formula 1, winning the 1949 Belgian GP and placing fourth in the inaugural F1 World Championship in 1950, a season during which he also won the non-championship Dutch GP.

He finished fifth in his last world championship F1 race, the German GP in 1956, and also won the Paris 1000Kms at Montlhéry that year sharing a Maserati 300S with Jean Behra. At the same circuit that autumn, he received fatal injuries in a crash while racing a Ferrari 750 Monza. 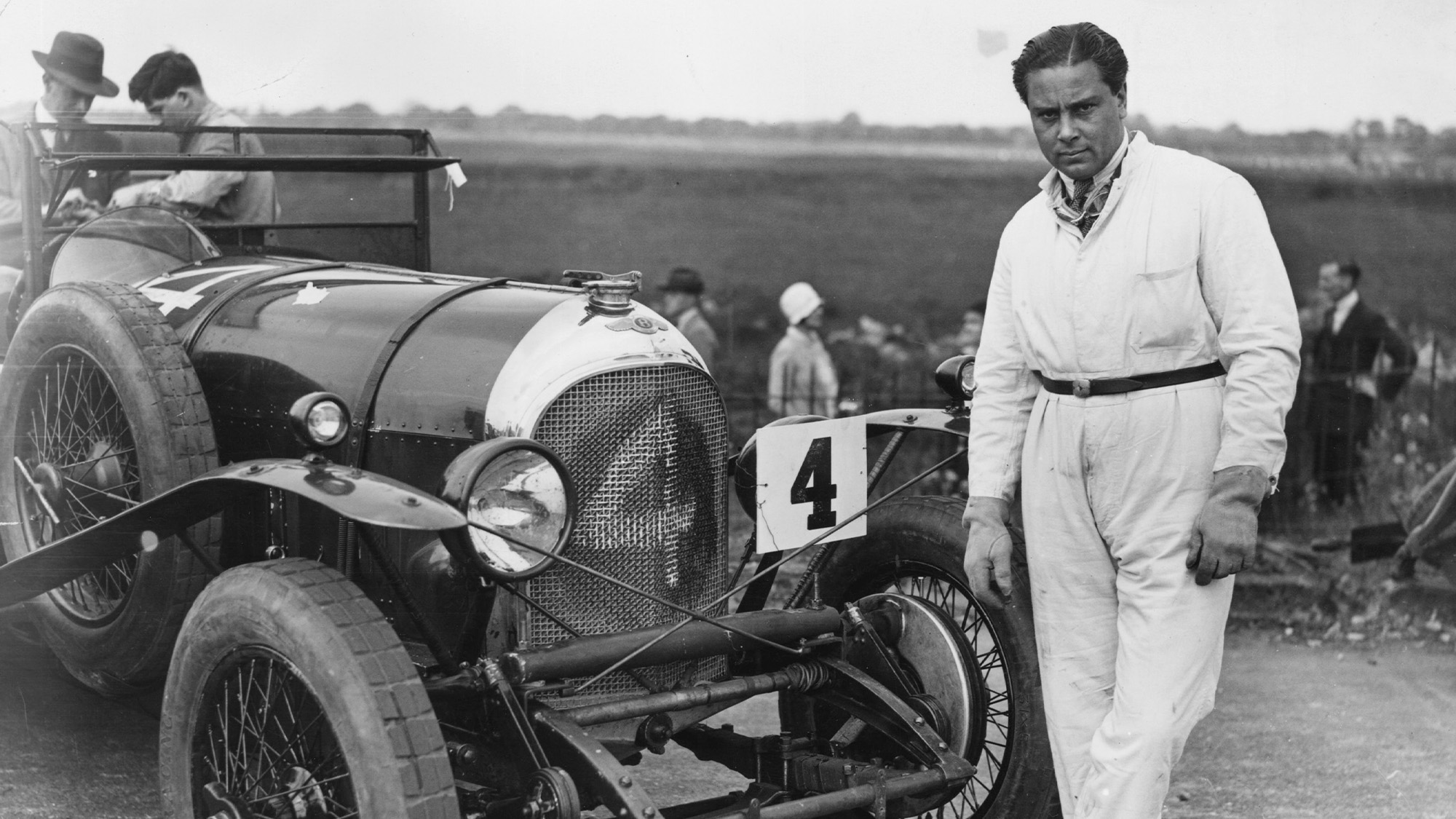 1928: Barnato and his Bentley in Essex for a six-hour race

Surely the greatest of the famous ‘Bentley Boys’, Woolf Barnato has a Le Mans record that is unlikely ever to be equalled: of the three races he started at the Circuit de la Sarthe, he won them all.

After serving as a captain in WWI, Barnato raced at Brooklands in the 1920s, was a founding member of the British Racing Drivers’ Club and also played as wicket keeper for Surrey. But he was best known for his achievements with Bentley, both on and off the track.

Having invested in the company when W O Bentley hit financial trouble, Barnato joined the works team in 1928, winning in partnership with Bernard Rubin at Le Mans driving the 4.5-litre Bentley known as ‘Old Mother Gun’. Further wins followed in Speed Six ‘Old Number One’ in 1929 and ’30, sharing first with Henry ‘Tim’ Birkin and then Glen Kidston, after which he retired from motor racing.

Barnato fought to keep Bentley afloat in the wake of the 1929 Wall Street Crash, but eventually sold out to Rolls-Royce in 1931. He joined the RAF in WWII and served as a Wing Commander and died aged just 53 in 1948.