Three heavyweights who have all won titles at highest echelons of US motor sport, with careers spanning decades – their combined total is 67 years.

165 top class race wins between them, this trinity of American racing heroes, Scott Dixon, Jimmie Johnson and Helio Castroneves, are united by the degree of their success whilst being unique in their achievements – but who is worthy of being voted into the 2021 Motor Sport Hall of Fame?

Castroneves’s career stretches back the furthest, though the other two are not far behind.

The Brazilian made his debut for Bettenhausen Racing at Homestead in 1998’s CART series, and two years later was winning races for top team Penske.

Dixon arrived three years later and won in his third ever top-level race, at Nazareth Speedway for PacWest Racing.

In the same season, Jimmie Johnson made his Cup Series NASCAR debut in a one-off appearance at Charlotte in 2001. The following season, his first ever full year at NASCAR’s top table, he scored three wins on his way to finishing fifth in the championship. Seven drivers’ titles and 78 more wins later, Johnson’s stock car legend has been sealed.

If we examine the Califonian’s career first, his progress in NASCAR was nothing short of meteoric, on a grid packed with multiple champions, grizzled veterans and plenty of other aspiring young guns.

Driving for Hendrick Motorsports, Johnson would be a runner-up in his sophomore full season and the one after before hitting the big one in 2006. During this season, he became the first NASCAR driver in the modern era to win a minimum three races in each of his first five seasons.

After then, he simply couldn’t stop. The man from El Cajon would win five titles on the bounce, aided by a fitness programme devised by fitness guru John Sitaras that put Johnson’s athleticism on another level to that of his competitors.

His 2008 title would make Johnson only the second NASCAR driver after Cale Yarbrough to win the drivers’ crown three years consecutively – in 2009 he would become the only driver to ever record four back-to back championships.

After a five-year gap Johnson struck back to win the title again in 2013 before doing so a seventh time in 2016 tying with legends Dale Earnhardt and Richard Petty.

Johnson would never again hit similar heights, but retired at the end of 2020 as one of NASCAR’s greatest ever drivers, and is now trying his hand at Chip Ganassi Racing in IndyCar.

His now Ganassi team-mate, Scott Dixon, has experienced a similar level of evergreen longevity and success in his own chosen discipline and, as mentioned above, has been experiencing that winning feeling from almost day one.

Graduating to CART in 2001, Dixon led during his very first race, coming through from 14th to first at Monterey. Just two races later, Dixon would win at Nazareth Speedway to become CART’s youngest-ever winner at 20 years, nine months and 14 days.

Moving over to Ganassi in 2003, Dixon would take the drivers’ title at his first try with a top team. Despite suffering a broken hand in a huge crash at Motegi, Dixon would score three wins in total that season, lead the most consecutive laps for anyone in CART season (343) and become the first driver to lead laps in three consecutive races.

One of the seemingly ageless Dixon’s main strengths has been his consistency and ability to come back time and again. It was five years before he would take his next drivers’ title in 2008, but he would do so by winning his first Indianapolis 500 and equalling the record number of wins for a driver in the IndyCar Series (Champ Car and the Indy Racing League had by now unified) – six.

Dixon would have to then wait another five years for his next title, when he would pip Helio Castroneves, then added a fourth two years later, winning an against-the-odds showdown with Juan Pablo Montoya and taking advantage of double points in the season finale to win the crown on a tiebreaker. He also managed to claim overall Daytona 24 Hours honours in 2014.

The tireless Dixon still wanted more though and his relentless will to win was showcased again in 2018 at the penultimate round in Portland. Facing elimination from the title chase after being involved in a 5-car pile-up which saw Marco Andretti’s car fly over the top of him on lap one, the Kiwi would get restarted and  surge back through the field and finish fifth, before a second at Sonoma would secure his fifth title.

After coming first in the championship to claim a sixth title in 2020, 2021 would be a relatively fallow year for Dixon with just one victory, however this meant he set another record, as he became the first Indycar driver to win in 19 seasons, beating AJ Foyt’s record.

Dixon is someone who has seen rivals, teams and races come and go in Indycar racing but now, into his 22nd season at American open-wheel’s top table, he can’t be counted out from challenging for the title once more in 2022.

One of Dixon’s almost ever-present rivals in Indycars has been Helio Castroneves. A serial winner and record-equalling four-time Indy 500 champion, the only thing eluding the catch fence-climbing Brazilian was a top-level title, though he secured this by winning the 2020 IMSA DPi class.

Similar to Dixon, Castroneves moved to a top team (Penske in this instance) in just his third year of CART, though the latter had to wait a little longer for his first win, coming at Detroit in 2000.

Six more victories would come in the next two years, including his debut Brickyard triumph at his first attempt in 2001. Castroneves would repeat the feat the next year, marking him out as a budding Indy specialist. 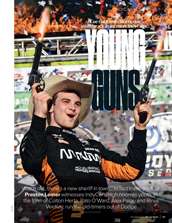 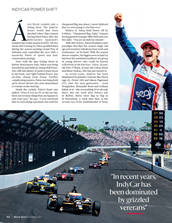 2002 would also see the the Brazilian finish runner-up in the IRL championship – the first of four times he has done so, coming closest in 2008 when he lost out to Dixon by just 17 points.

Penske moved the Brazilian over to its DPi IMSA team in 2018, and he repaid the continued faith by taking his first ever top-level title in 2020. He also claimed a Daytona 24 Hours win for Wayne Taylor Racing.

Castroneves has won races in 16 of the 24 Indycar seasons he has raced in, with further Indy 500 wins in 2009 and incredibly, at the age of 46, this year for the minnow Meyer Shank Racing team, overtaking Ganassi’s Alex Palou (a youngster less than half his age) with two laps to go.

Castroneves had made a part-time comeback to the IndyCar series for 2021, and has been rewarded for his victory by being handed a full-time MSR ride in the championship in 2022. Can the Brazilian finally secure that IndyCar title?

When comparing these three fabled heroes of American racing, Dixon arguably edges the other two by winning in every single season of top-level racing he has participated in, but Johnson has more titles.

However, Castroneves has by far the most wins at the biggest race of his chosen discipline – and industry figures are often quoted as saying a 500 win is more important than a title itself.

The vote is yours to cast though. Take in the stats below and make your decision.

Which of this ultra-successful US racing trinity will go into the Motor Sport Hall of Fame? The choice is yours.