In 1987, Béguin conquered one of rallying’s most treacherous events, the Tour de Corse, in his first and only World Rally Championship win.

But it wasn’t just significant for the four-time French Rally Champion. His was also the first WRC victory for an up-and-coming race outfit by the name of Prodrive, led by David Richards and on its way up to the rallying success it enjoyed in the ‘90s and ‘00s.

Last week, at the age of 74, Béguin returned to the island, driving an honorary No0 car at the head of the full competition field in the Tour de Corse Historique.

It’s a celebration of the spectacular, unforgiving and gruelling event: a 560-mile tour of the island, taking in 16 special stages, including some used by the WRC, over the course of the five-day event, with 350 classic rally cars that competed between 1947 and 1990 on the entry list. 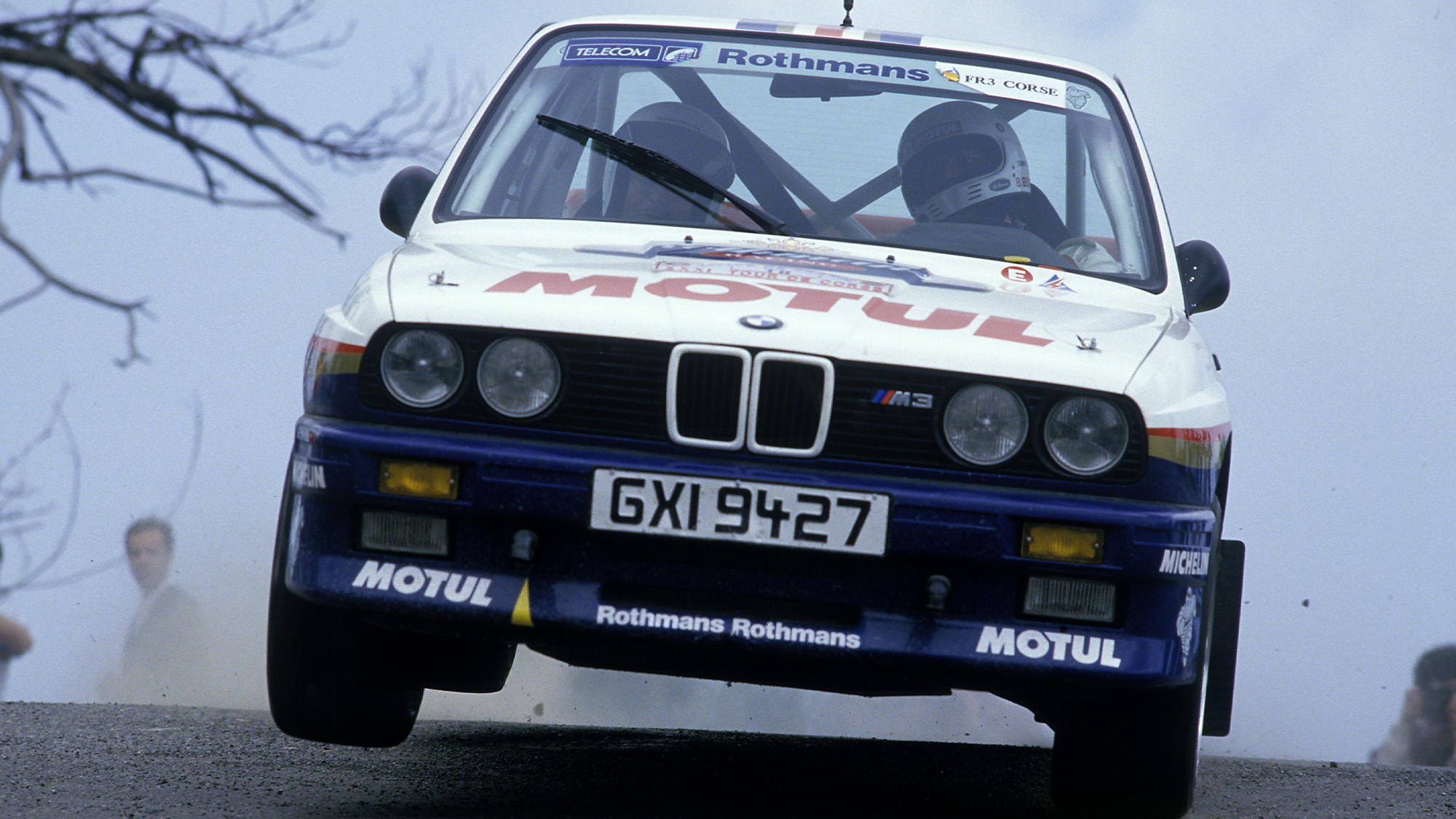 Flying to victory with Prodrive BMW M3 in '87 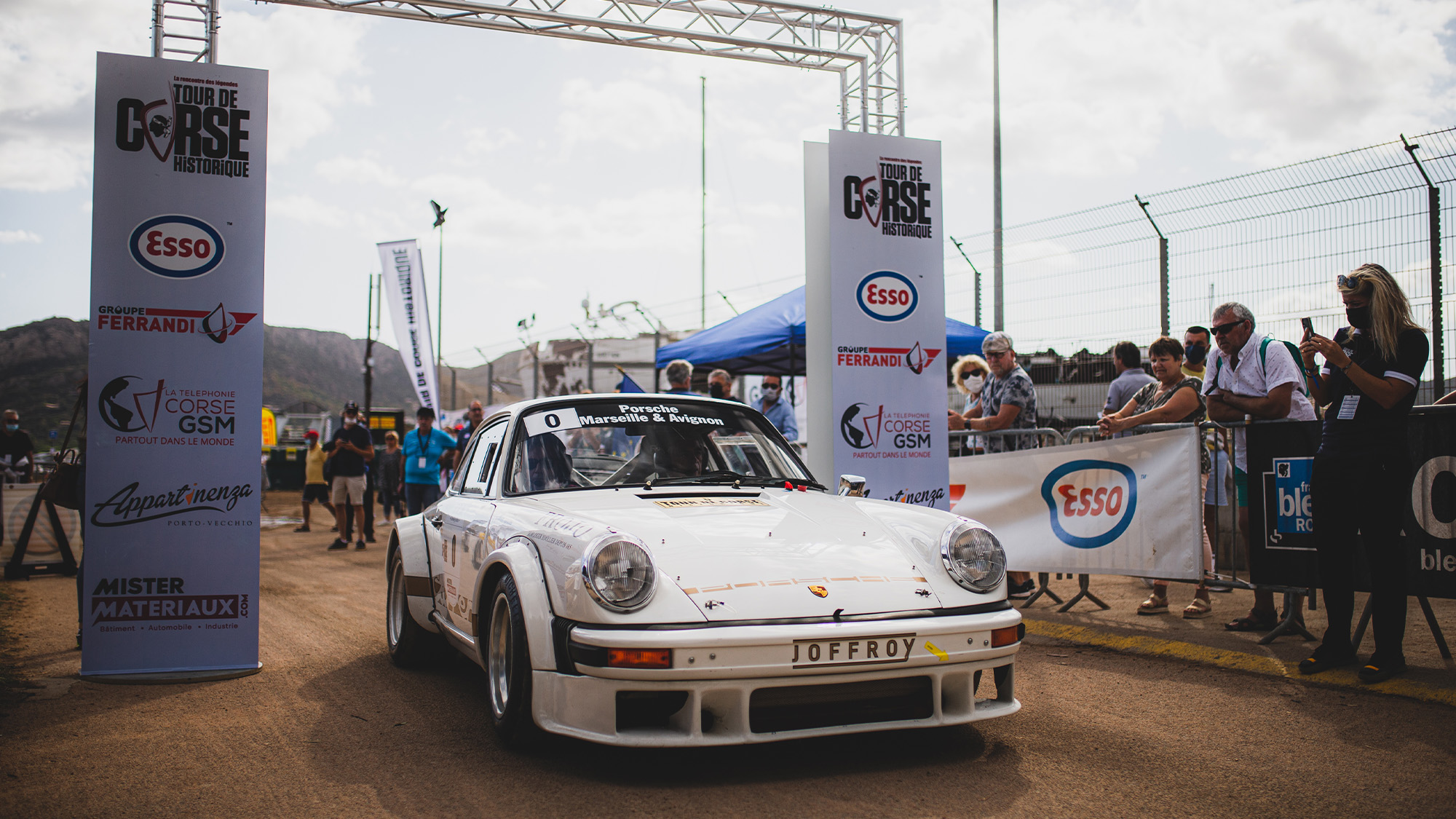 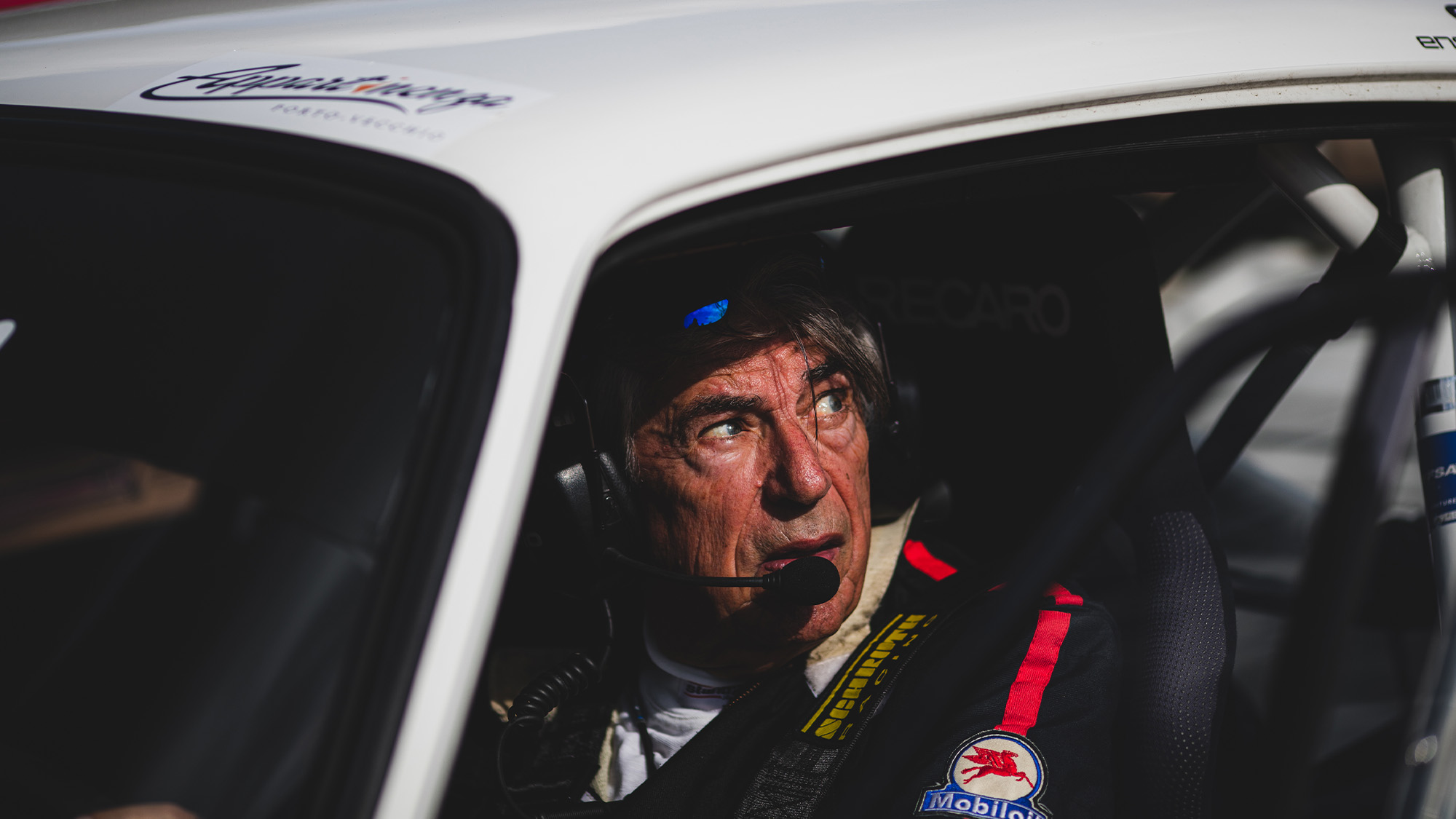 560 miles in the driving seat in this year's historic rally

Back in 1987, Béguin tackled the Tour de Corse in a privately-entered Prodrive BMW M3, on a route that was shortened, but which still passed by the scene of Henri Toivonen’s fatal crash the year before.

“It was the first year back to Group A machines after Group B was dissolved” he says, “I had driven for David Richards’ team in ’85 in the Rothmans-sponsored Porsche, but this was the first year with the BMW M3, a car that was largely built for roads and circuits.”

He talks fondly about the car’s 49/51 weight balance and the work that Prodrive put in to get the car in shape. “Before the event we were not very well prepared, having competed and won in the French championship a couple of weeks before.

“We were working until the early hours of the morning the night before the rally, David was not very happy, but after the win of course he said thank you and I said thank you to him, it was their first world championship win and mine!” 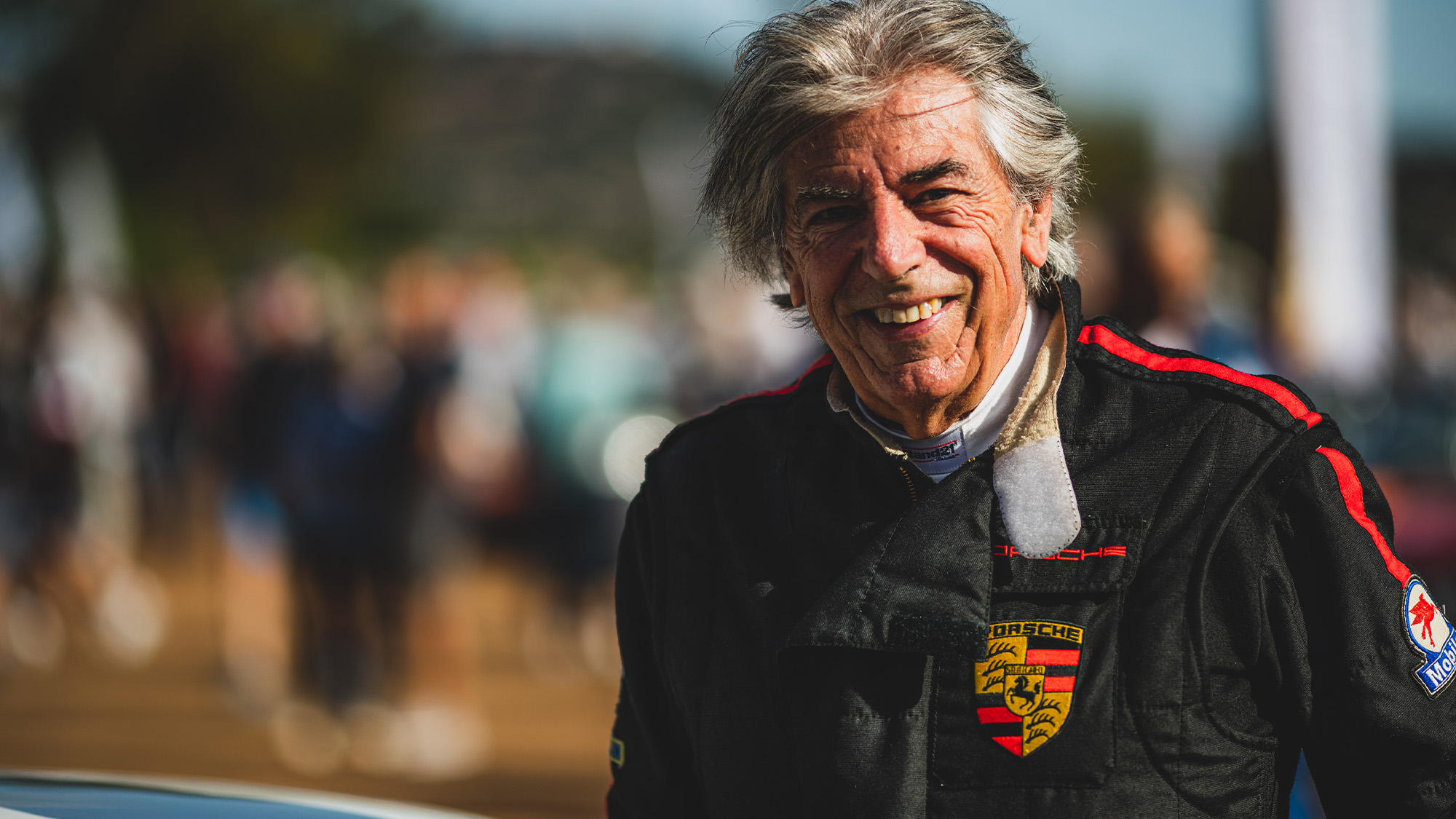 Now 74, Béguin describes his Corsican win as the most special of his career

In this year’s historic event, Béguin was behind the wheel of a Porsche 911, an SC, as he was when he won his first French Rally Championship in 1979. He also finished second in the European Rally championship in an SC in 1980. 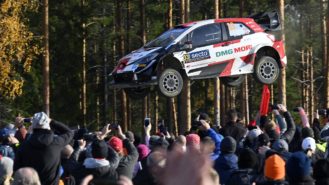 True to form, he was once again leaving his preparations late. “I haven’t seen the car yet” he says, on the eve of the rally, “but I’m testing it in an hour. I know it will be a good car though as it is put together by a great team, who have won here before, it will be better than the one I used to race.”

It might seem like a nonchalant attitude on the treacherous roads of Corsica that make claim to the unwanted record of having the highest fatality rate of any WRC round, but Bernard is not here to compete. “I will take it easy for the first couple of days, get used to the car, but then I will start to push,” he says with a glint in his eye, suggesting that his form of taking it easy is slightly different to the rest of us.

He’s clearly eager to get going, but just what is it like rallying around Corsica? “Tiring!” is his answer, “there is never any rest, just left turn after right turn, no straights. It is terrible for the co-driver”, probably a fair understatement for an event that is known as the ‘10,000 Turns Rally’ — in reality more like 20,000 corners after somebody actually counted them. 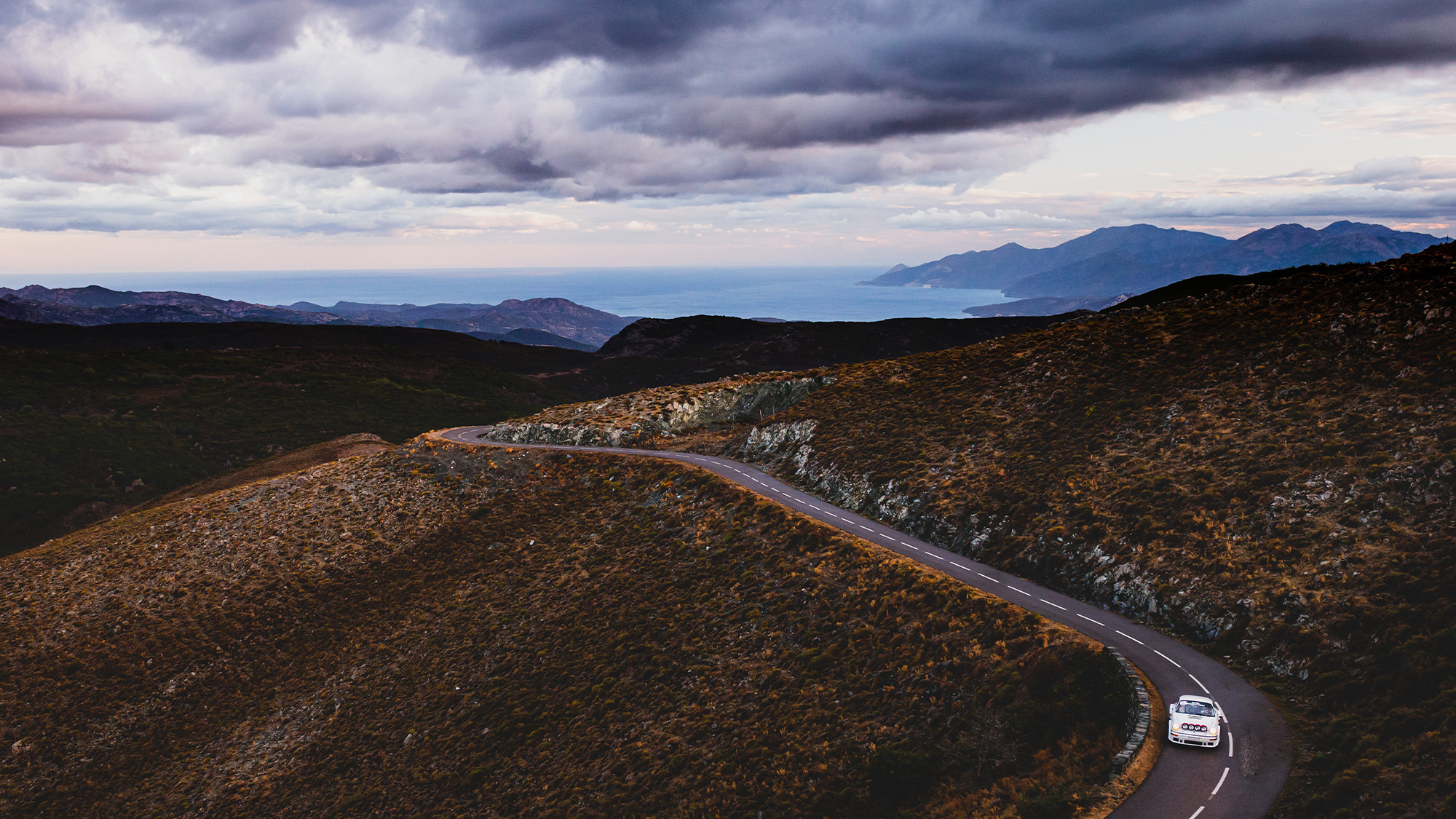 The 1987 rally was a WRC high point for both Béguin and BMW, neither of whom have won again at world championship level. Béguin did have plenty more success in his career, with European rally runners up positions and those other three French title triumphs, behind the wheel of Sierras and an Escort. Not to mention entries at Le Mans and podium finishes at the 24 Hours of Spa, as well as Dakar and ice racing campaigns, the career of Béguin was long and eclectic, but his heart belongs in Corsica.

“There are two rallies that are important to French drivers” he says, “Tour de Corse and the Monte-Carlo. I didn’t manage to win at Monte-Carlo, but I did win this event and to me it will always be special.”