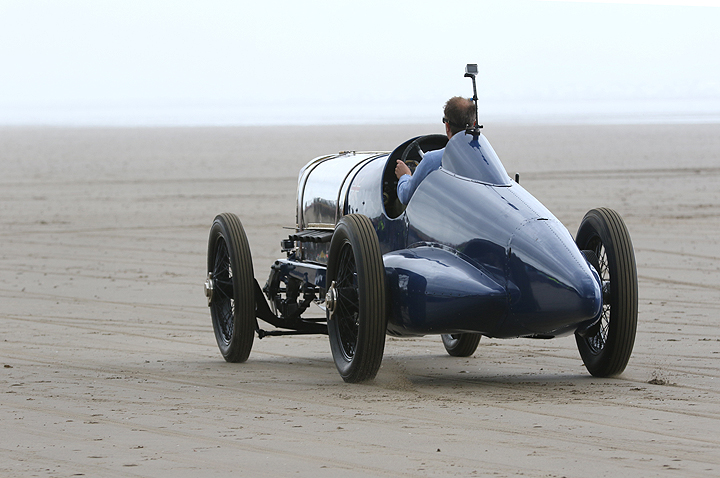 Ninety years to the day after Sir Malcolm Campbell became the first person to travel at 150mph; his World Land Speed Record run was re-created at Pendine Sands in South Wales yesterday (21 July).

In front of several thousand onlookers, Campbell’s 350hp Sunbeam was driven by his grandson Don Wales 90 years after Campbell set the new record in 1925. The car has been owned by the National Motor Museum, Beaulieu since 1957.

“I really must thank Beaulieu for this opportunity and for all the hard work the restoration team has done on her,” said Wales. “It was an incredible experience.” 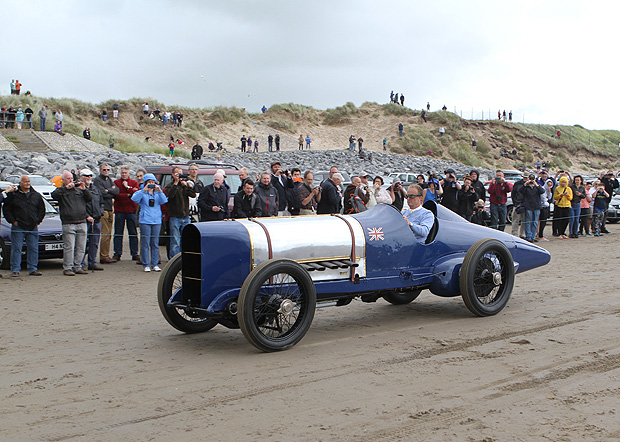 The car was the brainchild of Sunbeam’s chief engineer and racing team manager, Louis Coatalen, and was constructed during 1919. It is powered by a modified 18-litre V12 Manitou Arab aero engine.

The Sunbeam, renamed Blue Bird by Campbell, holds three World Land Speed Records, the first achieved by Kenelm Lee Guinness at Brooklands in 1922 at 133.75mph. Campbell then purchased the car, had it painted in his distinctive colour scheme and in September 1924 set a new record speed of 146.16mph at Pendine before raising it the following year to 150.76mph. 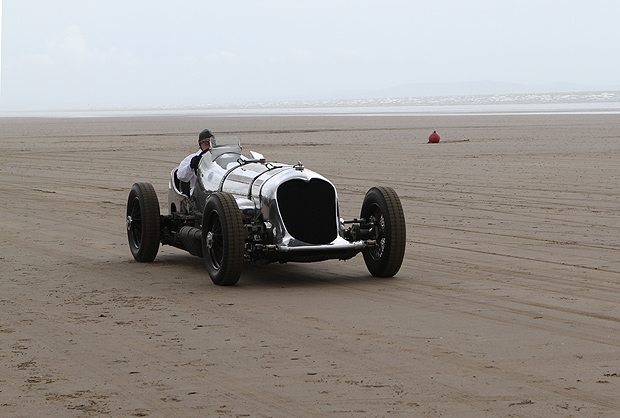 The Sunbeam passed through several owners and was in a poor condition when purchased by Lord Montagu in 1957 for his expanding motor museum. During a test fire-up in 1993 to assess the car’s condition, disaster struck when the engine threw a rod.

In January 2014, following a rebuild over many years, the Sunbeam was fired-up again – the first time it had been heard in public in over 50 years and ran at the 2014 Goodwood Festival of Speed.

Also in action at Pendine was the 1933 aero-engined Napier Railton Special, which holds the all-time lap record of 143.44mph at Brooklands. The Napier-Railton has its own history at Pendine, having starred alongside James Mason and Ava Gardner in the 1951 movie ‘Pandora & the Flying Dutchman’. In the film, the car is used for an attempt on the Land Speed Record and the action sequences were filmed on Pendine Sands during 1950.

In recent months, a film researcher has established that among the extras in the crowd scenes for these sequences was the famed Welsh poet, Dylan Thomas. 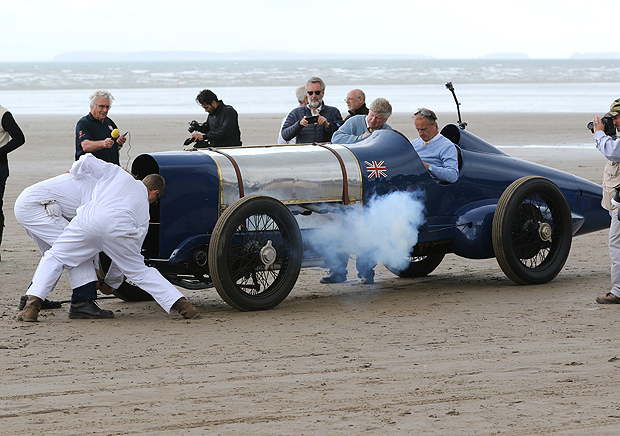