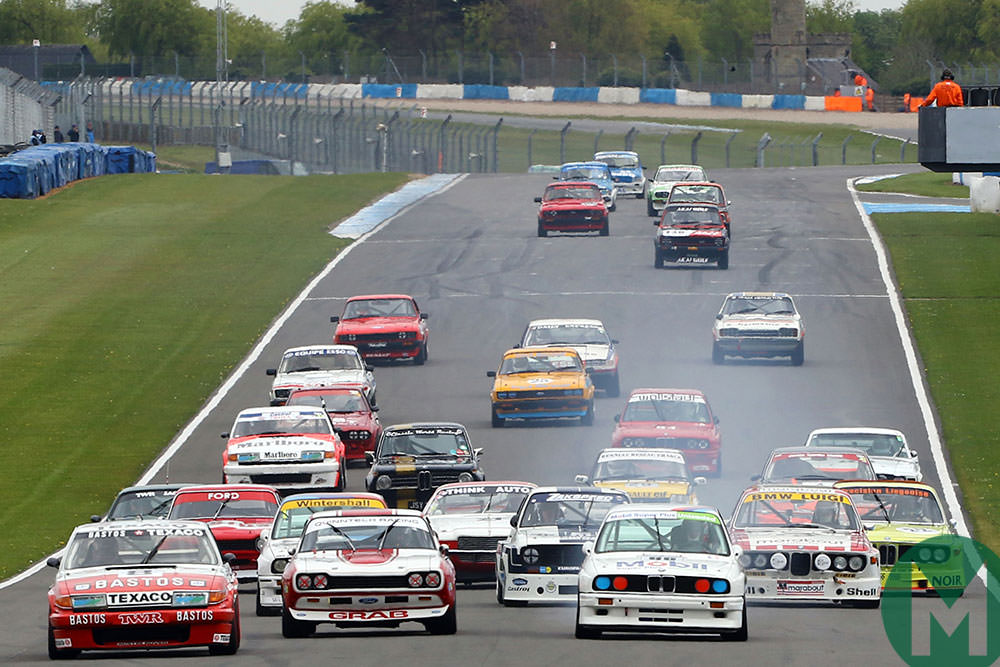 The 25th anniversary of Ayrton Senna’s 1993 European Grand Prix victory will be celebrated at the Donington Historic Festival on May 4-6, a win David Tremayne described as a “virtuoso performance throughout 76 of the most tortuous racing laps seen in the post-war era,” in his report in the May 1993 issue of Motor Sport.

In tribute to Senna’s thunderous performance, there will be a number of Formula 1 cars on display, such as his 1984 Toleman Hart Turbo, his 1993 McLaren MP4/8 (from the Donington museum), Michael Schumacher/Riccardo Patrese’s 1993 Benetton B193B and more.

The HSCC Derek Bell Trophy, for Formula 5000 and Formula 2 single-seaters from 1967-79, will be making its Donington Historic. Headline entries include Michael Lyons in a Lola T400 and his father Frank Lyons fielding his McRae GM1, the Surtees TS11 of 2013 historic Formula 1 champion Greg Thornton and Paul Campfield’s Chevron B24. In an era when F1 spectators long for louder, more visceral racing, F5000 racing could be the solution.

Other HSCC championships feature, such as the Jaguar Classic Challenge for Mk1 saloons and XK120s/150s. Surely a fitting tribute to the XK120, 70 years after the first sports car made its debut and caused a stir at the London Motor Show.

Sam Tordoff, Patrick Watts, Andrew Jordan, Adam Morgan, Steve Soper and Anthony Reid will also be adding to the burgeoning roster of BTCC stars past and present racing over the weekend.

The season-opening Royal Automobile Club Woodcote Trophy race also features, with a Cooper Bobtail joining Jaguar D-types – including the short-nose XKD558 of Steve Brooks – and C-types on the grid. Pre-61 sports cars come out in force for the Stirling Moss Trophy, the HRDC ‘Touring Greats’ championship and the HRDC COYS Trophy. Musicians Chris Rea and Neil Primrose (drummer of Travis) will be hoping they top the timesheets in the HRDC pre-1966 COYS Trophy.

Eagle-eyed magazine readers will spot Andrew Frankel in the ‘Mad Jack’ pre-war sports cars, the HRDC Touring Greats and COYS Trophy events and Dickie Meaden at the helm of the Alfasud – featured in the magazine’s Garagista section earlier this year – in the Historic Touring Car Challenge.

The Donington Historic Festival covers a staggering amount of ground, with open paddocks, closely fought racing and hundreds of classic racing cars. Thankfully, the weather appears set to be a lot better that of the 1993 European Grand Prix this Bank Holiday Weekend.