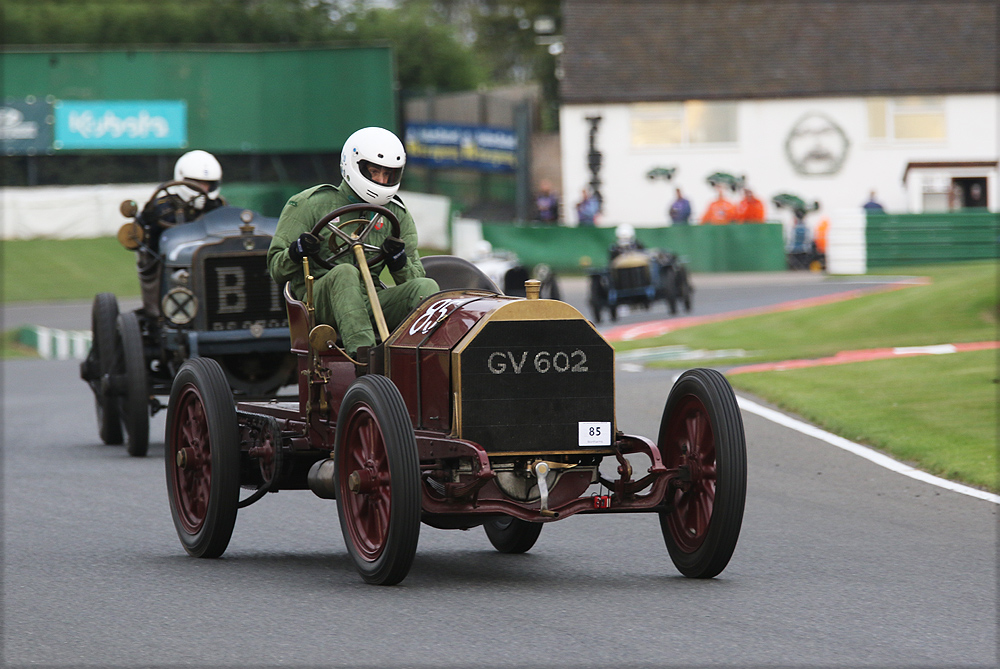 Ben Collins in the 1903 Mercedes

Once a year, Mallory Park hosts a remarkable spectacle as the Vintage Sports-Car Club runs the Dick Baddiley Trophy race for cars from the Edwardian era. Saturday’s edition delivered a handicap victory for the oldest car of them all, the 1903 Mercedes 60hp of Ben Collins.

The VSCC’s annual Mallory Park race meeting wrapped up another season of racing for the club with the meeting named in the memory of local hero Bob Gerard. But it was cars from a far earlier era than 1950s Grand Prix privateer Gerard’s that really captured the crowd’s imagination.

With all bar three or four cars at least 100 years-old, this is surely the world’s oldest grid. Sadly absent was one of the star cars, Mark Walker’s skeletal 1905 Darracq land speed record car, after a catastrophic engine failure in qualifying. The damage was horrendous, but the indomitable Walker has a spare engine and pledged to return.

While Tony Lees (1913/18 Vauxhall Viper Special) and Richard Scaldwell (1909 De Dietrich) were the fastest combinations, the handicap format gave Collins the chance for victory in the amazing Mercedes, which is just as at home on the muddy tracks of a VSCC trial. Collins got to the flag nearly 12 seconds before the 1917 Brasier of Peter Wilson. 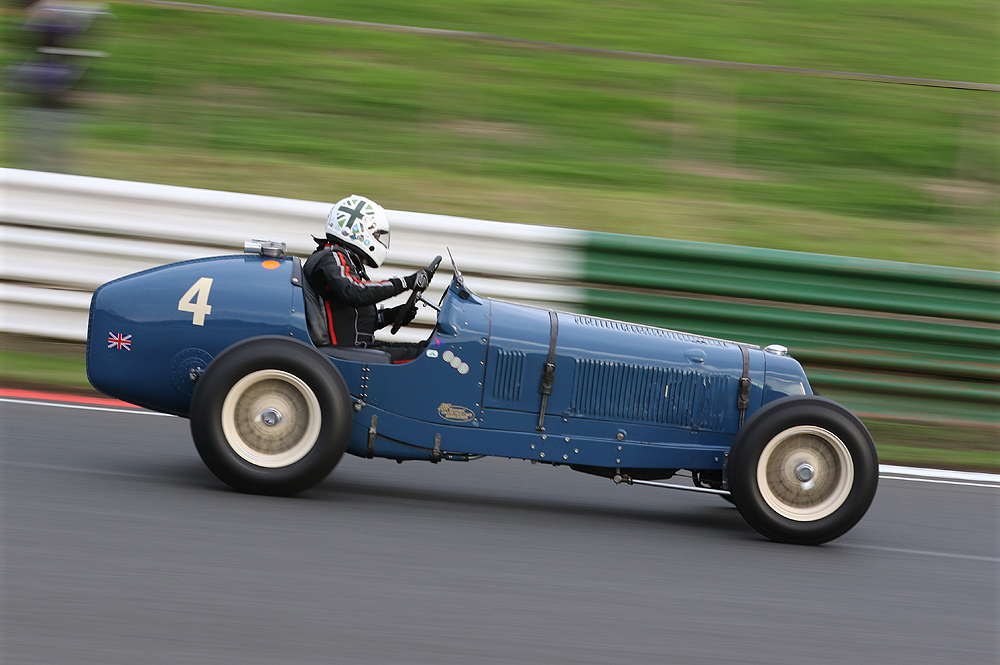 Lees was also prominent in the Vintage Racing Car contest which was sadly halted early after Sue Darbyshire inverted her Morgan three-wheeler in the gravel at Devils Elbow. Thankfully, despite a trip to hospital, she was largely unscathed. Lees, in his AC/GN Cognac was ahead at the time after tremendous early pressure from Tom Walker’s Amilcar. When the aero-engined Amilcar expired, Charles Gillett took up the fight with glorious drifts into Gerards in his Frazer Nash Super Sports.

Nick Topliss took ERA R4A to a brace of wins and Dougal Cawley was at his exuberant best as he hurled GN Piglet to victory in the Pre-War Sports race. In the concluding Pre-War race, Cawley and Gillett enjoyed a wonderful oversteering contest until Piglet got a little short of breath and dropped away.

The race line-up also included front-engined Formula Juniors and it was Chris Drake’s Terrier that took control from the Elva 100 of Mark Woodhouse. Into third went Mike Walker in the front-wheel drive Bond as the former rising star raced at Mallory for the first time in 44 years. 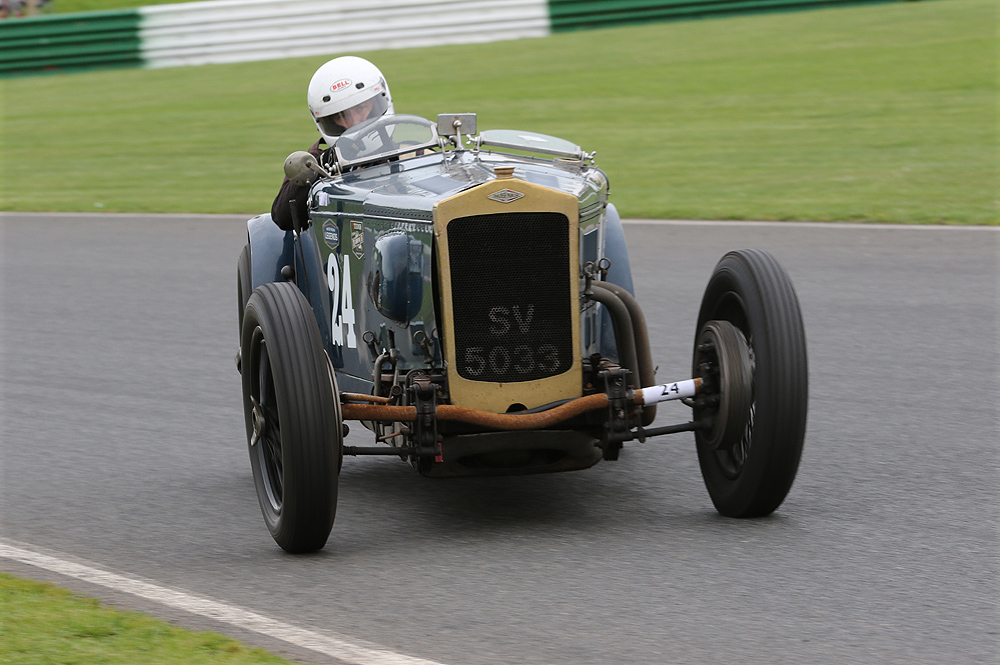 The Frazer Nash of Charles Gillett