The Goodwood gardeners have been busy. Ahead of next weekend’s new event at the famous old race track in Sussex they planted more than 300,000 daffodils. And very pretty they are too as they spring up around the circuit.

This is the kind of attention to detail we have come to expect from Lord March, whose Goodwood Members’ Meeting gets underway on Saturday. There will, of course, be a lot more than Spring flowers to please the eye when Goodwood Road Racing Club (GRRC) members and their guests arrive for an event created just for them. 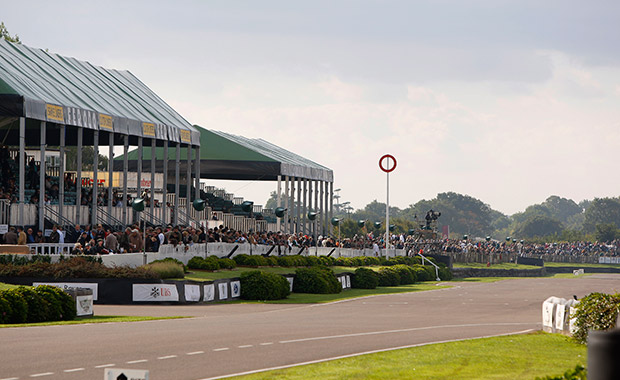 This will not be another Revival, rather a continuation of the traditional Members’ Meetings of the 1950s and ‘60s, this being the 72nd in a series which began back in 1948. So there will be no period costume, no dramatic set pieces and no war birds in the sky. What there will be is some very spectacular action on the track.

For the first time we will see more modern cars, in particular the Gerry Marshall Trophy for those much-missed Group 1 production saloon cars that drew the crowds between 1970 and ’82. A notable entry here is Robb Gravett, the 1990 BTCC champion making a comeback in a Triumph Dolomite Sprint.

He will be up against some serious opposition including Emanuele Pirro in a Capri, Andy Priaulx in a BMW 3.0Si, Olly Gavin in a Rover 3500 SDi and Darren Turner in another Capri. Tiff Needell, whose Father raced at the very first Members’ Meeting, will continue the family tradition at the wheel of a Rover 3500 SDi. Should be great stuff. 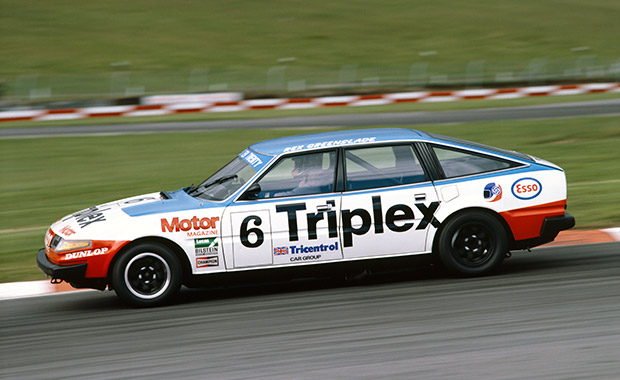 If you’re not a member of the GRRC, do not despair. Lord March has extended the sale of tickets to a number of car clubs as well as regular visitors to the Festival of Speed and Revival. There are still tickets left if you want to be at the first of what will surely become yet another highlight of the season in years to come.

Back to the action. The Clark–Stewart Cup (they jointly hold the Goodwood lap record) will feature F1, F2 and F3 cars all racing together for the first time while the Grover Williams Trophy has a grid of 30 Bugattis, surely a record that may never be repeated, or surpassed. The Surtees Trophy has the fastest-ever grid we’ve seen at Goodwood, a sensational collection of the hugely powerful Can-Am and Group 7 monsters that raced between 1963 and 1966. There are at least seven potential winners here.

The Members’ Meeting will be more than just a series of races. A timed sprint for Group B rally cars, with chicanes added to the Fordwater and Lavant Straights, should be quite a spectacle. High-speed demo runs for low-drag Le Mans prototypes and those fantastic turbocharged Formula 1 cars of the 1980s complete the show. Led round by Ferrari F40 pace cars, this will be the biggest grid of turbo F1 cars since 1986. 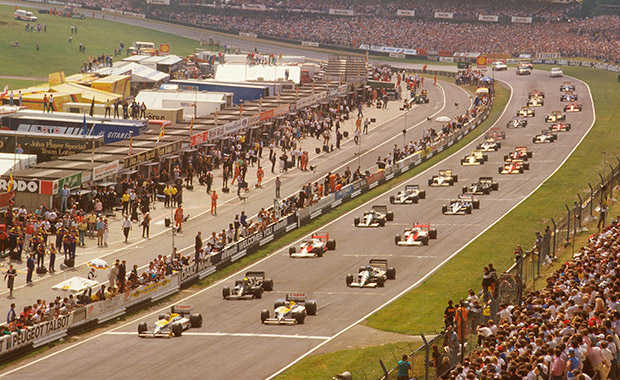 Intriguingly, there will be no VIP areas, no privileged parking, no corporate hospitality and no restricted enclosures, enabling the fans to wander and watch where they please. In the evening Goodwood’s biggest ever party will be held on the infield with fireworks, bonfires, circus acts, live music, street theatre, a disco and plenty more surprises.

There’s always a risk in running a new event but Lord March has never been shy of taking a risk and in years to come the Members’ Meetings will once again be a part of motor racing at Goodwood. Those of you who remember the great days of the ‘50s and ‘60s will want to be there. Those of you who don’t should go along and see what all the fuss was about.