On their own the numbers are impressive, but they neither tell the full tale nor convey the delicious sonic reality. In 2014 the inaugural HSR Classic 24 at Daytona attracted 135 entries, but one year on the field had swelled to 190. And that was just for the headline event. Factor in last weekend’s seasonal TransAm finale (Corvette driver Amy Ruman wrapped up her eighth win of the season and the championship title) and a volley of support races featuring everything from Sports 2000 Lolas to assorted NASCAR cast-offs – running simultaneously, as often as not – and you have the backbone of a remarkably diverse race meeting for which an adequate superlative has perhaps yet to be created. 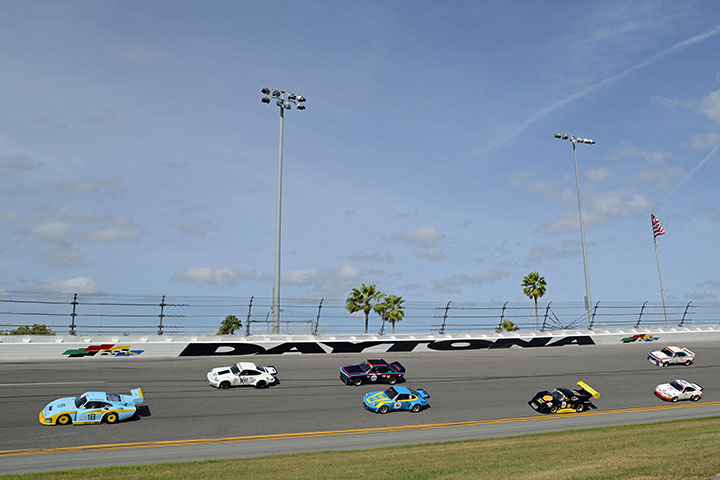 A few halo names failed to show – Danny Sullivan withdrew at the last minute, while Andy Wallace was unavailable to share the Champion Audi R8 he drove in period – but there was no shortage of solid racing pedigree behind the wheel (Jochen Mass, Bobby Rahal, Brian Redman, Gijs van Lennep (below), Dieter Quester and Jürgen Barth, to name but six). 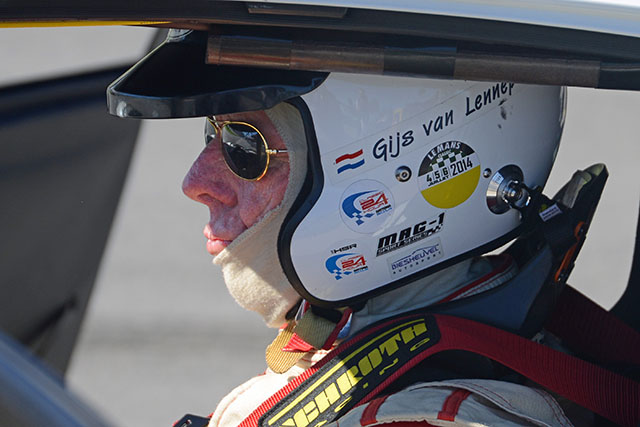 And if you’re wondering why an Audi R8 is eligible for such an event, remember that Ford GT40s and Lola T70s often took part in historic sports car races in the UK during the early 1970s, when they were but a few years beyond their sporting prime. Daytona hosted its first major endurance race in 1959 – the year the Speedway opened – but the 24 Hours wasn’t run until 1966 and the Classic celebrates cars from that era through to the (very) recent past – 2013, in the case of some 997-series Porsche 911s, plus a current Lamborghini Huracan.

The entry was split into six more or less compatible groups, with each racing four times – a series of 24 42-minute races commencing at 1pm on Saturday. In some divisions cars swiftly became spread out around Daytona’s vast sweeps, but that did little to diminish the spectacle and competition was frequently fierce. In the opening heat for cars in Group E, David Porter’s 2007 Pescarolo beat Doug Smith’s 2005 Audi R8 by just 0.155sec. And there were no noise restrictions, either, so the 36-year-old, 8.3-litre Greenwood Corvette of Jean-Marc and Jules Gounon sounded every bit as good as its maker intended. 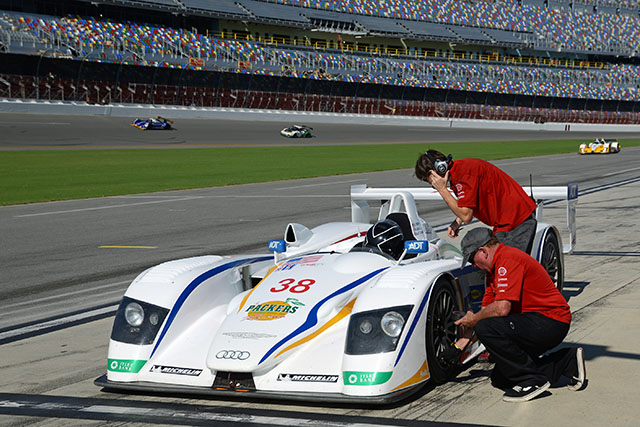 Other than those mentioned above, competing Brits included Oliver Bryant (who shared a ’67 Camaro with father Grahame and also took his Ford Mustang to victory in Thursday afternoon’s eight-lap American Challenge), Chris Beighton/Alec Hammond (fourth with their Mustang in the same event, and elsewhere sharing a 2009 NASCAR Chevy Impala), Josh Sadler (Porsche 911), John and Daniel Coyle (a brace of Porsches), Philip Needs (Lotus Elan) and Jason Clegg/Matthew Holben, whose TVR T400R lost remarkably little time with a spectacularly dusty spin at the chicane on Saturday afternoon.

Leeds-based United Autosports had a trio of cars for owner Zak Brown to share with team principal Richard Dean (the absent Sullivan was supposed to complete the line-up), but its newly rebuilt Porsche 962 didn’t start due to oil pressure concerns, its equally fresh 935 had to be used sparingly because it isn’t yet in a full state of tune and its 1985 Ford Mustang ran strongly throughout practice but threw a power steering belt in its opening race and remained parked thereafter.

“From a racing perspective it’s a little frustrating that we haven’t been able to do more,” Dean said, “but the event’s format works brilliantly. You couldn’t run machinery like this non-stop for 24 hours, but the way the timetable is arranged makes everything feasible and there are some wonderful cars here – both on the track and in the car parks. We’ll definitely be back.”