Michael Lyons was the star of the FIA Masters Historic Formula One Championship at Zandvoort (August 29-31) taking two wins in his Hesketh 308E. The event was another huge success, held in front of massive enthusiastic crowds and with great racing as well. 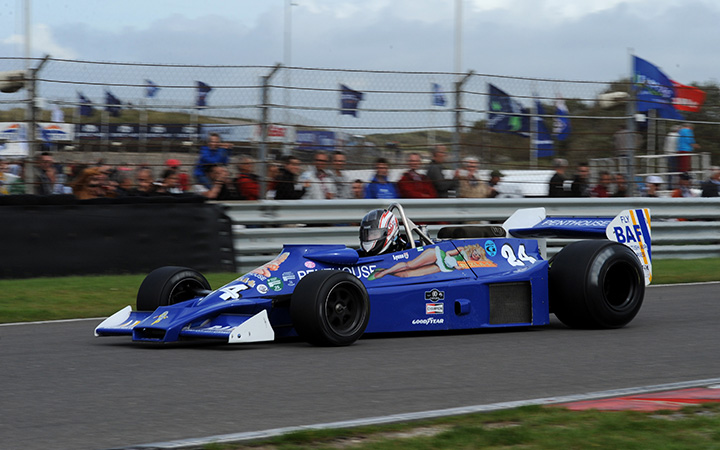 Lyons scooped honours in Sunday’s race, despite a late safety car to retrieve Philippe Bonny’s Trojan. Lyons had just four minutes of racing to go as the safety car peeled in and blasted home ahead of Christophe D’Ansembourg (Williams FW07) who outbraked Simon Fish at Tarzan Hairpin on the final lap to take silver. Behind Fish, a great drive came from Thornton who spun his Lotus early in the race and battled his way to fourth place, setting fastest lap on the way. Lyons took Pre-1978 honours again with Rossi and Smith-Hilliard chasing him home, the pair embroiled in a race-long scrap with Mike Wrigley (Williams FW07) and the Tyrrell 012s of Ian Simmonds and Stefan di Fulvio. The Italian squeezed past Simmonds on the final lap to take a class win. 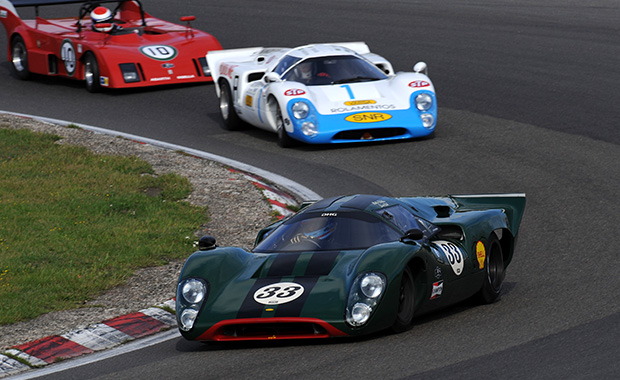 Lola T70 Mk3Bs dominated the FIA Masters Historic Sports Car Championship race, with David Hart fending off Leo Voyazides to the pitstops, the two arriving nose to tail. Simon Hadfield took over from Voyazides with Martin Stretton relieving Hart, but a slower pitstop for the Anglo-Dutch pairing allowed Hadfield to assume the lead. Stretton chased hard but started to struggle with a soft damper allowing Voyazides/Hadfield to take the win.

Frank Stippler was inspired in the Gentlemen Drivers Pre-66 GT race, handling Georg Nolte’s Bizzarini solo. However, despite leading the opening stint, his pit top was three seconds too short and hence was forced to serve the balance with a stop-go penalty. His stop-go was short as well, so a further penalty ensued. Rob Hall has driven brilliantly in the early part of the race in his AC Cobra, and, despite a spin, recovered to run second ahead of Tom Coronel (AC Cobra). Sadly, a fan belt broke on the Hall Cobra putting him out. 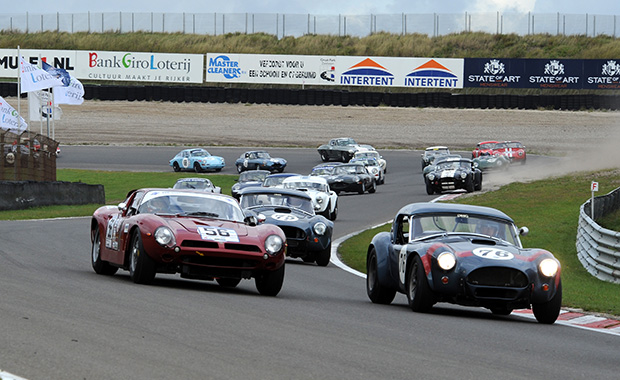 That allowed the AC Cobra of David Hart/Tom Coronel into the lead and the Dutchmen took a popular win. Stippler recovered for second, with Leo Voyazides/Simon Hadfied (AC Cobra) third after Hadfield had a great battle with former Caterham F1 driver Giedo van der Garde in Hans Hugenholtz’s Cobra. Van der Garde retired when a stone from an off-track moment jammed the gearbox in second. A giant-killing effort came from Martin Stretton in Mark Martin’s Lotus Elan who secured sixth place and matched the pace of the Cobras, while Philip Walker/Miles Griffiths (Lotus XI) slayed giants as well in seventh place.