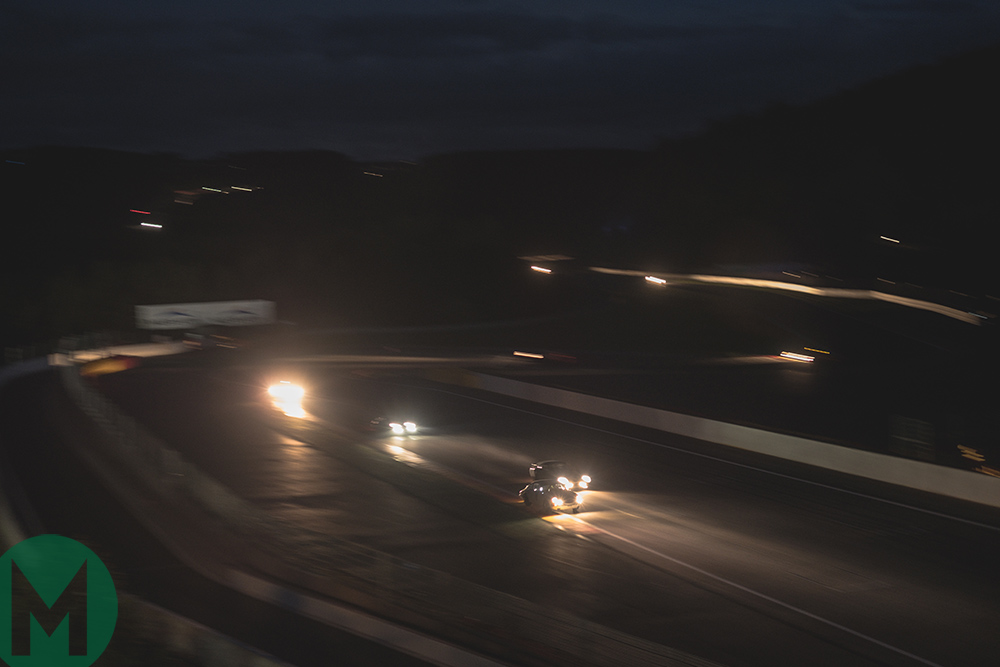 There are higher profile races in the historic racing calendar, but there’s no bigger challenge than the annual Spa Six Hours.

Traditionally held in mid-September, the Six Hours has become one of the season’s must-do events, attracting grids approaching 120 cars, prepared and driven by the great and good of historic racing together with more modest efforts where camaraderie and the hope of a finish are uppermost.

In years not so distant it was possible to win with an E-type or Cobra, but now it has become a bare-knuckle battle of the GT40s. This year no fewer than 17 of the low-slung Fords entered, along with umpteen of the aforementioned Jags and Cobras, more than a dozen Lotus Elans, flocks of Falcons, herds of Mustangs and a sprinkling of old 911s, MGBs, TVRs and other assorted pre-66 machinery.

With all cars having at least two drivers, most three and some four, plus a full card of support races, Spa’s multi-level paddocks and both Formula 1 and so-called ‘endurance’ pits are packed to the gunnels. The atmosphere is buzzing with anticipation, adrenaline and nervous energy at the racing to come.

I was in the rather jammy position of being entered in two cars; sharing the GT40 I’ve driven for the previous two years with Nick Padmore and Martin O’Connell, and dividing driving duties in the ‘Mongoose’ Lotus Elan 26R I’ve raced regularly over the past four seasons with Grant Tromans and Michael Caine.

Qualifying was run to a different format this year, and I have to say it was a bad call. It’s a fact of endurance racing that some drivers don’t wish to drive in the dark, yet the scheduling of the qualifying session meant it began in pitch darkness.

There weren’t any big accidents, but the speed differentials between quick cars with quick drivers and slow cars in the hands of people who had perhaps never driven on a race track in the dark meant there were countless near-misses and numerous glancing blows between cars.

I hope the organisers return to the daylight-into-darkness format of previous events next year.

There’s no tougher race to finish in historics , and surely few sweeter to win

In the end the quick times were delivered in the last 30 minutes of the session, with O’Connell putting us P3, one second shy of the pole-sitting GT40s of Bryant/Bryant/Cottingham, but in good shape for the race.

The start is always an intimidating moment, but nerves fade once we follow the safety car on our green flag lap, and the rolling start commences without a hitch.

I drop back a couple of places in the first few corners, but I’m still with the breakaway train of GT40s, and quickly settle into the race. Traffic trips up the battling trio of GT40s immediately ahead of me, so I manage to slip by and make a bit of a break, and when the leader pits under the first safety car period I find myself in the lead.

Few things beat the feeling of driving a GT40 at Spa, especially when you’re constantly cutting through traffic. It’s about as full-on as it gets, and I don’t mind confessing the subsequent handful of short safety car periods offer a brief moment of respite before battle recommences.

Half an hour or so before the end of my two-hour stint the P2 GT40 of Wood and Stretton nips by me in traffic during another safety car restart, but it seems sensible to tuck in their wake and let them push their way through the traffic.

By the time I see the ‘IN‘ board we’re back in the lead, but on my in-lap I get a strange brake lock-up at La Source, followed by an odd feeling through the steering. Safely back in the pits we complete our first driver change while the team looks at the front end, but nothing appears to be loose, so Nick Padmore sets off to refuel the car (drivers do the refuelling in the Six Hours) before rejoining the race.

He’s soon back in the pits, complaining of the same issue. It is quickly traced to front brake pad, which has fractured to the backplate and begun to fall apart. With fresh pads, Nick heads back out, but we’ve lost more than two laps on the leaders and are languishing around 40th.

What follows is a heads-down, elbows-out fightback by Nick, who relentlessly regains lost ground without tangling with the traffic or over-stressing the car. No mean feat as the track was rapidly becoming an ice rink as more cars suffered engine or gearbox failures.

It’s dark as Martin OC takes over for the last stint, but he revels in racing at night and in wringing every last drop from the GT40. I’m also back on track, driving the final stint in the Elan, and it’s spectacular to see OC hustle our white GT40 through Eau Rouge right on the tail of another GT40, then pass it into Les Combes, engine popping and crackling, flames licking from the shotgun tailpipes and brake discs glowing a deep orange. I’m not sure I’ve seen a more fabulous sight.

As if to underline his and the no3 Ford’s pace, OC sets the fastest final sector time on the very last lap as he attempts to wrest P5 from the GT40 ahead.

There’s no tougher race to finish in historics, and surely few sweeter to win. We got both cars to the end, but I’m afraid the longed-for outright victory in the Ford and class win in the Elan eluded us yet again.

Still, we gave it our best shot, eventually finishing in P6 in the GT40, just a fraction of a second behind P5 and – somewhat heartbreakingly – a solitary lap down on the leader. Like countless post-race analyses, the 2018 Spa Six Hours is very much a case of what might have been. Until next year…