Nick Padmore’s fast-growing reputation in historic racing stepped up another gear at the 44th annual Oldtimer Grand Prix at the Nürburgring over the weekend when he scooped a double win in the Masters FIA Historic Formula One Championship.

Fresh from his success at the Silverstone Classic, Padmore dominated the pair of races in the Williams FW07 of Max Smith-Hilliard, although Loïc Deman’s Tyrrell 010 ran him close in the second race when Padmore got caught up with backmarkers in the closing stages. 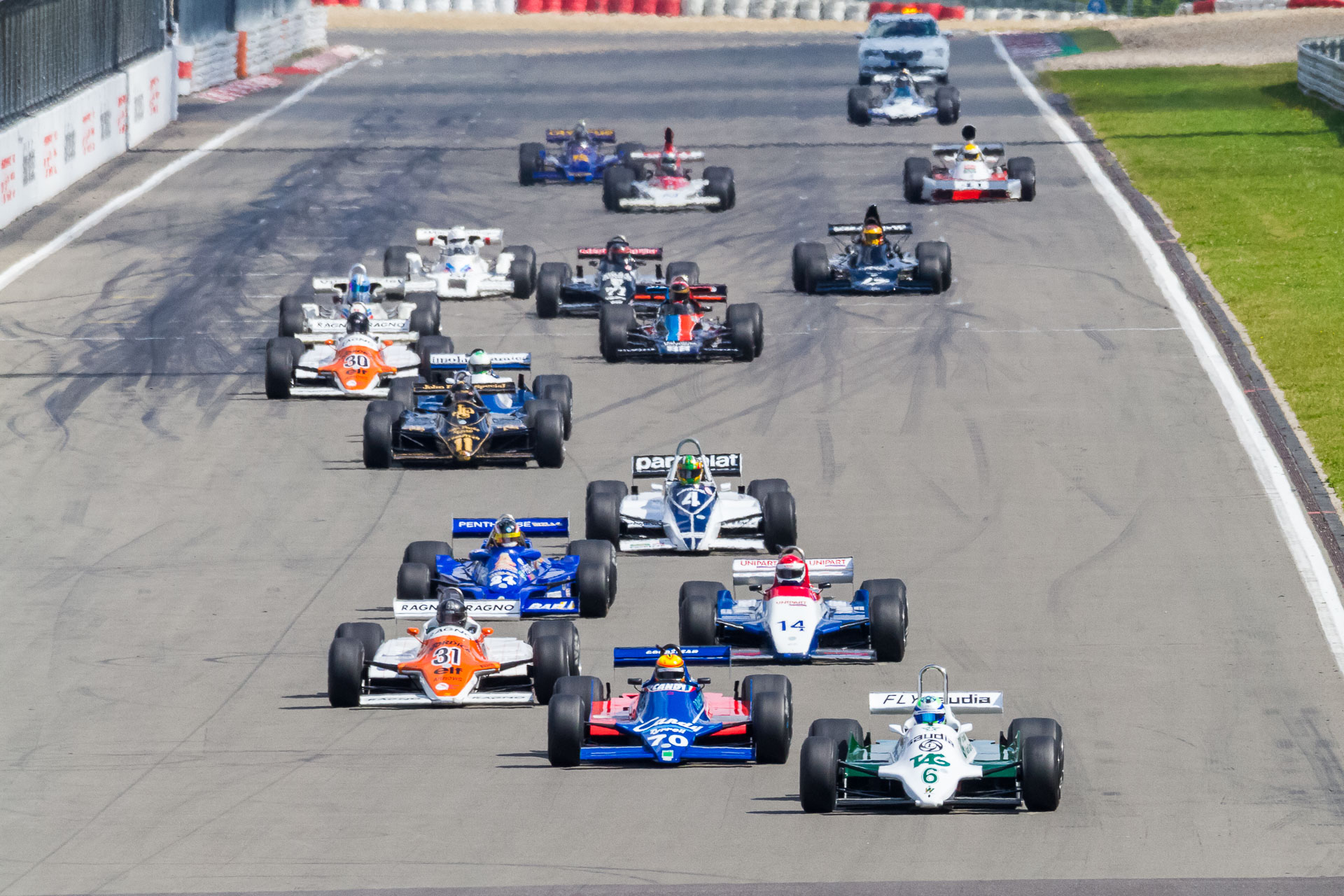 Padmore followed his father Keith, a Mini racer for more than four decades, into the sport and really made his name in modern sports-prototypes. However he is rapidly becoming one of Britain’s leading historic racers and will now take his talents to the Goodwood Revival meeting next month. His prowess on the Sussex track is exceptional and he has an outright circuit record to his name.

To his credit Deman offered a stern challenge during Germany’s biggest historic racing festival and was very close at the finish of the second race after finding more pace from a fresh set of tyres. Steve Hartley (Arrows A4) ran third in the opener and was set to repeat the result when his rear wing flew off on the straight during the second race. “That was scary,” admitted Hartley.

Padmore also played a prominent role in the Masters FIA Historic Sports Car Championship as a cosmopolitan field battled over an hour. At the wheel of Smith-Hilliard’s Chevron B19, Padmore made the early running but the car was destined to retire with gearbox problems soon after the owner took over.

Instead, Italian Manfredo Rossi di Montelera took his first win in the series with his Osella PA1. “This is the first win for the Osella since we got it and its first outing of the year,” said Rossi. “I did have a lot of stress at the end when I began suffering from brake issues. But it’s great that we did it!” 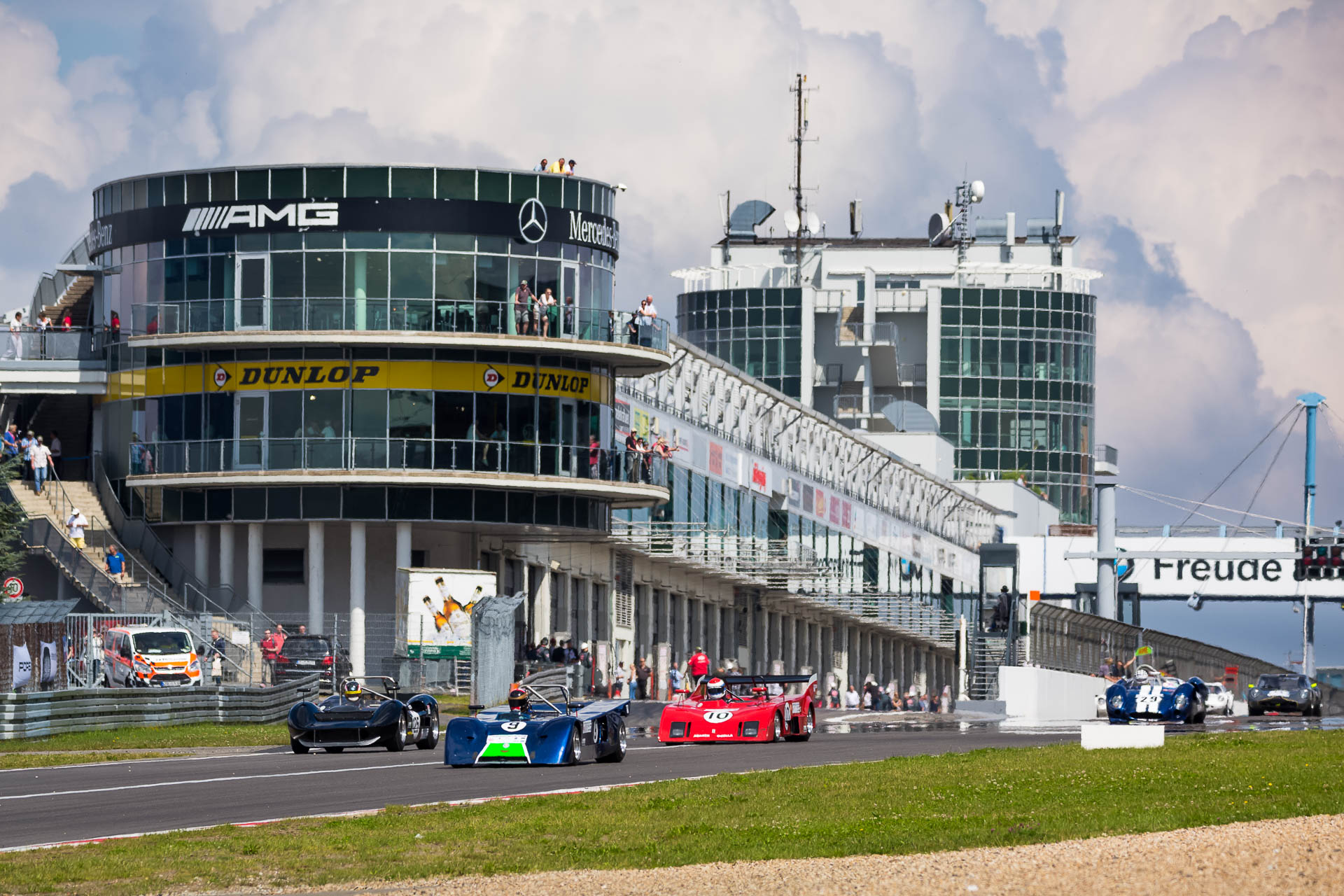 Those brake issues allowed second-placed Jason Wright to close in with his Lola T70 Mk3B, the leading over 2-litre car. However, the Lola T210 of Mark Piercy and Martin Stretton might have given Rossi an ever bigger problem had it not been slowed by fuel pump problems.

Rossi made his weekend even better by taking a Lurani Trophy Formula Junior double in his Lotus 22, but Greg Thornton ran him close in the first race and Andrew Hibberd ran him even closer in the second after retiring from the opener with a flat battery in his 22. Julian Bronson took a commanding pair of Pre’ 60 Grand Prix cars wins in his mighty Scarab.

Michael Gans and Andy Wolfe led the Gentlemen Drivers race from start to finish from pole position in Gans’ AC Cobra. The car’s owner took the opening stint and handed a comfortable lead to its preparer, who controlled the gap to the second-placed Jaguar E-type of Julian Thomas. 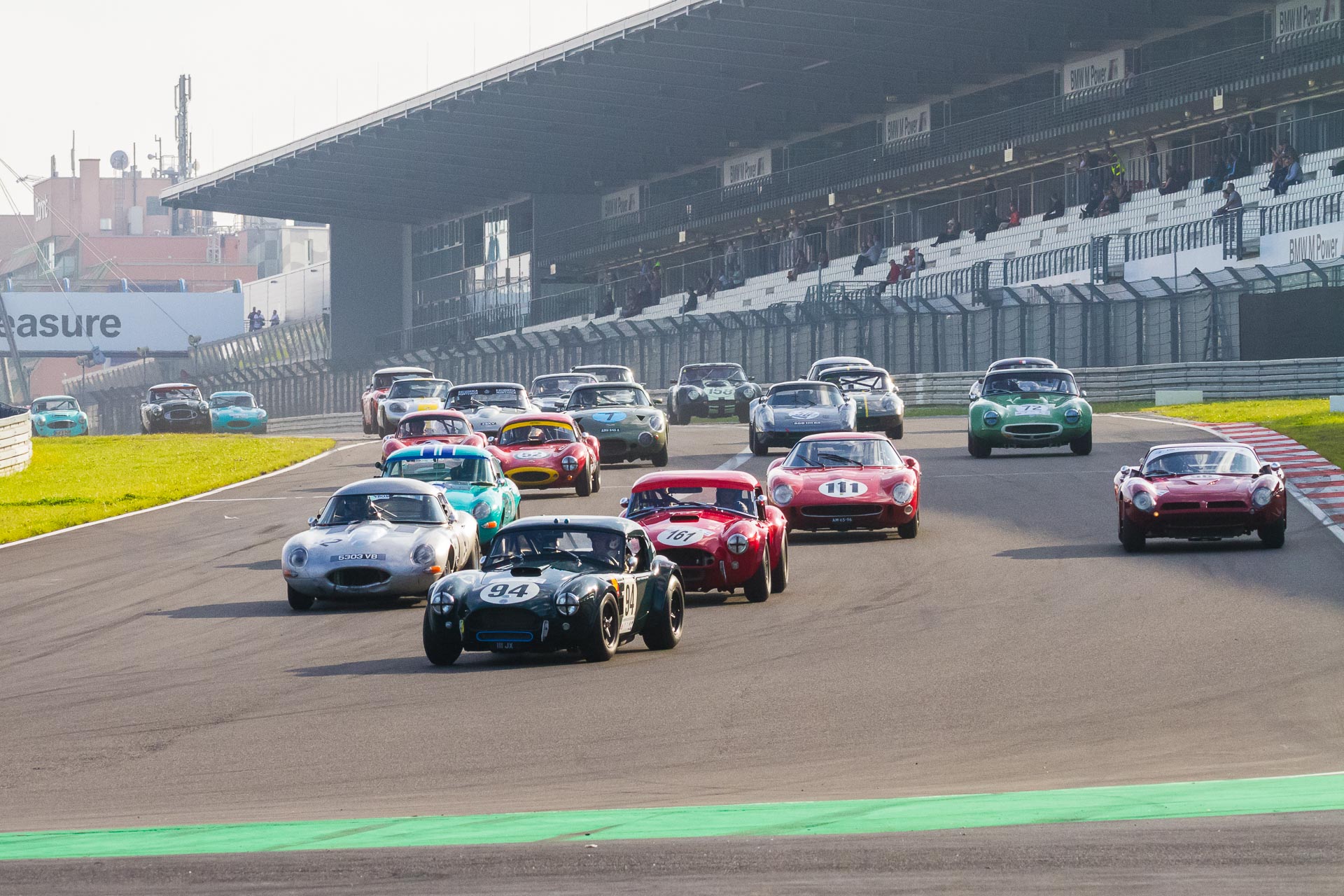