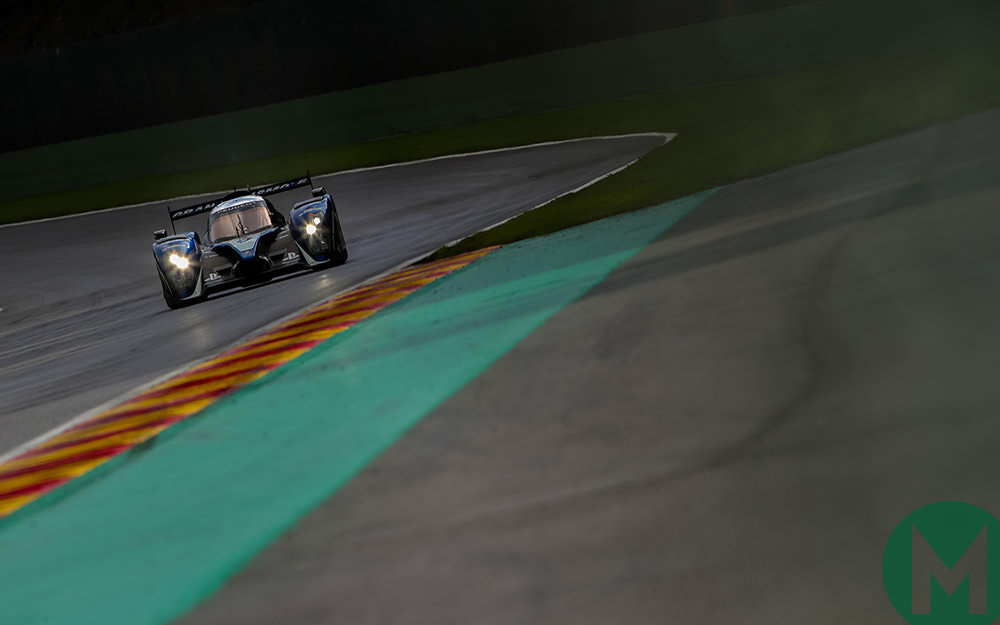 Technological advancements aren’t always pretty. Without wanting to kick it while it’s down, one look at the LMP1 field of recent years will only confirm that.

And last weekend’s Spa Six Hours drew a big black line under it, a bright yellow highlighter mark across it and a huge asterisk beside.

Not only were shapely Lola T70s racing purposeful Chevrons, GT40s battling loudly, nimble Elans chasing sleek E-Types, but from more recent times a bright and instantly recognisable Pescarolo was sharing the track with a Peugeot 908 in the new Masters Endurance Legends race.

The 908 could be one of the last great-looking prototypes. Sweeping lines made it look fast when it was standing still. The Audis were the more successful, but less attractive foes: Juventus to Arsenal. The 908’s one Le Mans win hardly seems suitable recompense.

Subjective, yes, but the R8 also on track at Spa neatly showed how comparatively lacking the R8s and R10s were in the looks stakes.

In the Peugeot for half of the 40-minute race was none other than an eager Nicolas Minassian. “When the programme stopped I thought ‘OK, well thanks for the lovely times’”, he says with a big smile. “It’s like the best girlfriend you can have.”

In the garage it has a perpetual crowd, such is its draw and the rarity of its outing. In qualifying Minassian naturally set the pole time, racing mainly against collectors and the odd pro in a LMP2 or GT car. The aim of this first Masters Endurance Legends race is to signal intent for what should be a full-blown series in 2018, providing owners a place to dust off their recent prototypes and race them in a positive environment, Minassian says.

He is the series director, and he’s the ideal man for the job. He has clearly lost none of his enthusiasm. “It’s fantastic for the fans, this new series. And for me, driving the car is the icing on the cake made even better because it’s Spa. But I could drive this on the motorway and be happy.

“It quickly comes back to you,” he continues, having been among many hot-footing to Spa from Goodwood. “I couldn’t believe how well sorted the car was. Even now you could put a car like this on track and it wouldn’t be far off because it’s still technology-wise really good. When Peugeot Sport does something it does it properly, we’ve had some help to run the car; we can’t thank them enough.”

Hopefully those Peugeot team members involved will pass on the sports car itch to the powers that be and the long-awaited prototype return will get signed off.

For now though we can just enjoy seeing the Peugeot 908 back on track.