Looking back over the last weekend at the Silverstone Classic, I have very mixed emotions. On the one hand it was a great event, and it was so special for me to be able to lead the parade of nearly 100 Grand Prix cars with one of the legends of our sport, Sir Stirling Moss. But there was also the accident that took the life of historic racer and BRDC member Denis Welch. 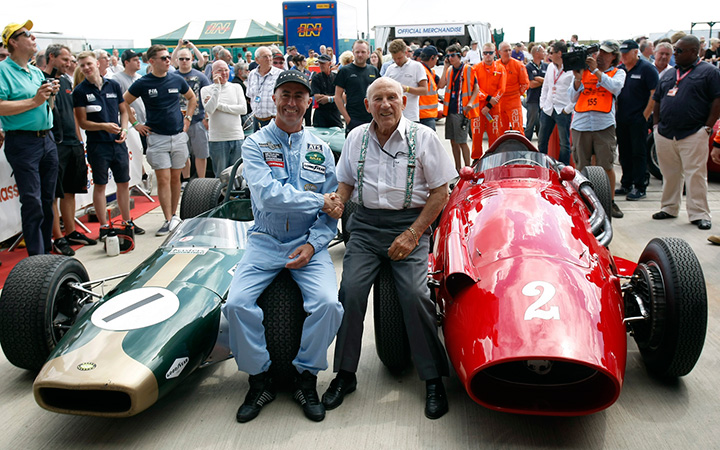 I have to admit that I was never really into historic cars because my racing was the priority and my full focus for over 30 years. The last couple of years this has changed and I find myself getting quite excited when I look at the incredible machines that have shaped our sport.

I used to walk past historic cars and not really notice what they were or what their history was, but as I’ve got older I now fully appreciate what I’m looking at. I find myself looking and admiring the cars for quite some time before I move on to look at the next one. It seems a shame that my interest kicked in quite late in my career but it’s great to now have the opportunity to get up close to those iconic machines, particularly since Dad’s passing. 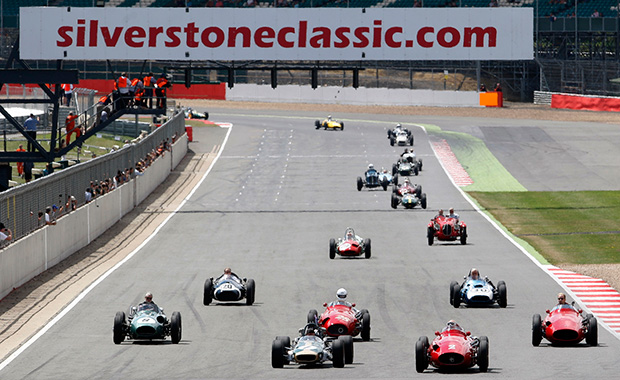 It was an honour to be invited to front the record parade of Grand Prix cars this year, rather than a few years ago, because I really got into the Silverstone Classic and fully appreciated what I was involved with. I have to say, the number of beautiful old cars out on track, in the garages or on the infield was mind blowing. I hate to think of the value of all the cars there, but I expect it ran to several million.

The highlight, of course, was driving around Silverstone in a Brabham BT24 alongside Stirling in a Maserati 250F. I kept saying to myself, ‘that is Stirling Moss next to me, amazing!’ It is quite incredible to see him drive so well and yet out of the car it is not so easy for him to get around.

What was so sweet to hear was his down change in the 250F, it was just so silky smooth with the blip and gear, just like it would have been when he raced all those years ago. The other thing that made my day was that my father first drove the same type of car when he arrived in the UK for the 1955-56 seasons.

Whenever I asked Dad who he considered to be the best, without hesitation he’d say it was Stirling.

He was a fierce competitor and I think what really impressed dad was whatever Stirling drove, he was fast. It didn’t matter what it was, it could have been a wheelbarrow and he would have been quick. 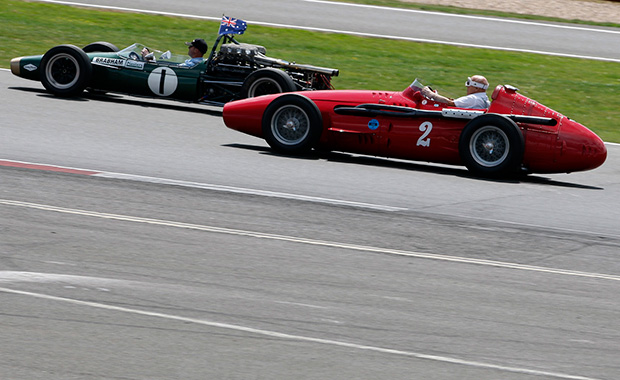 I also had another role to play and that was to award the trophies to the top three drivers from the Jack Brabham Memorial Trophy race for HGPCA pre-66 Grand Prix cars. On Saturday it was a treat to present as the top two placed drivers were both in Brabham cars.

On Sunday the mood was very different due to the nasty accident that had caused a very long red flag and everyone was really concerned about one of the drivers involved. The race was restarted and the same two Brabham drivers, Jason Minshaw and Jon Fairley, were first and second. But the podium was less vibrant, as everyone was waiting to hear any update on the well-being of Denis Welch.

I left the track later that evening and when I woke up on Monday the news came in that Denis had succumbed to his injuries. It was a very sad way to end the Classic, thoughts and prayers go to his family and close friends from the whole racing community. For sure Denis died doing something he loved, but that really doesn’t take away the sadness of his loss.