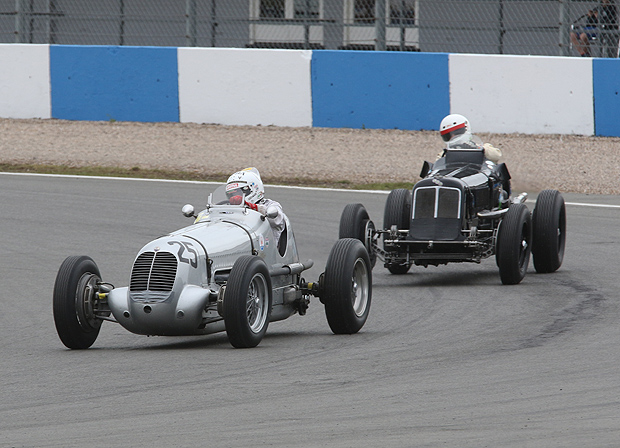 Virtuoso performances from several of historic racing’s most talented pilots topped the sixth edition of the Donington Historic Festival.

With 17 races across three days, this is an ambitious event and the British spring weather did its best to hinder proceedings. But talent will always shine through and three drivers delivered stand-out performances as big grids and entertaining racing characterised the first major historic racing festival of the European season.

Calum Lockie has an enviable record at the wheel of Sean Danaher’s Maserati 6CM and went to Donington with 12 podiums from 13 starts to his credit in the 1938 Grand Prix car. On Saturday’s wet and oily track for the opening part of the HGPCA Nuvolari Trophy Lockie ran second to Michael Gans in ERA R11B, but in the dry of Sunday Lockie emerged ahead after a glorious wheel-to-wheel battle. Both drivers performed superbly and enjoyed the contest as much as the onlookers. “A hell of a lot of fun,” said Gans.

For a pairing accustomed to winning on a regular basis, it was a trying weekend for Leo Voyazides and Simon Hadfield. They were out of the three-hour race early after a trip across the grass pulled the brake pipes out of their Lola T70 MK3B and the AC Cobra cut-out when leading the GT and Sports Car Cup race. 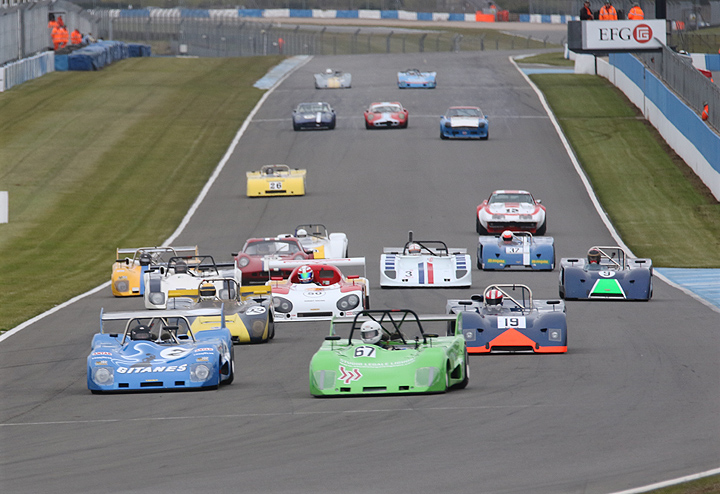 Even the Pre ’80 Endurance race started badly when a clash with Martin O’Connell’s Chevron B19 sent Voyazides to the pits with a broken wheel. The London-based Greek set the Cosworth DFV-powered Lola T282 on the recovery course and then Hadfield took over as they fought back from a two-lap delay to finish second to Italian lawyer Michele Liguori in his similarly motivated T292.

For half an hour, Hadfield set his local track alight as the DFV sang into the early evening. He dipped under the 66s barrier at times and it was a joy to behold. “Half an hour of fabulous enjoyment in a superb car on a great circuit,” said Hadfield. 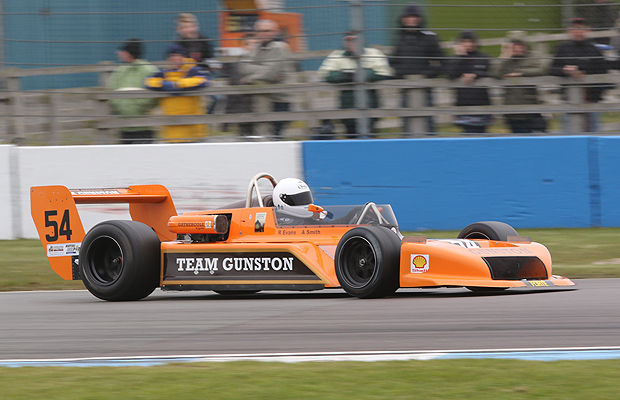 The third of the stand-out drivers was Andrew Smith in the opening pair of Historic Formula 2 races. His Formula Atlantic March 79B was unstoppable despite giving away power to the F2 and he won twice at a canter. Smith bravely went for slicks in the damp of Saturday and it was the right call, while on Sunday he was headed initially by the ex-Rad Dougall Thruxton 1979-winning March 782 of Dean Forward. However, when the F2 car lost third gear, Forward could not hang on and dropped away in second. Smith was unfazed at the prospect of running on four weekend-old tyres and once more showed his class and prodigious pace.

Other highlights included a glorious pursuit in the U2TC race as Richard Dutton gave his all in an ultimately unsuccessful bid to get his Lotus Cortina onto terms with the winning Alfa Romeo of Max and Andrew Banks. Meanwhile, the Historic Touring Car Challenge really came of age with a 40-car grid and victory for the ex-Broadspeed Capri of Chris Ward and Steve Soper. 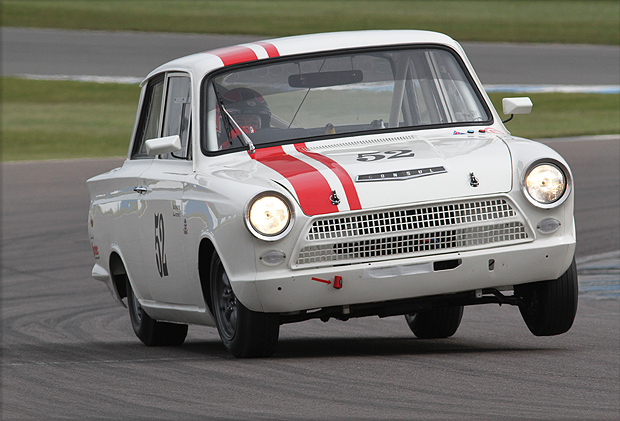