General admission is a sell-out again, and no wonder with this entry list 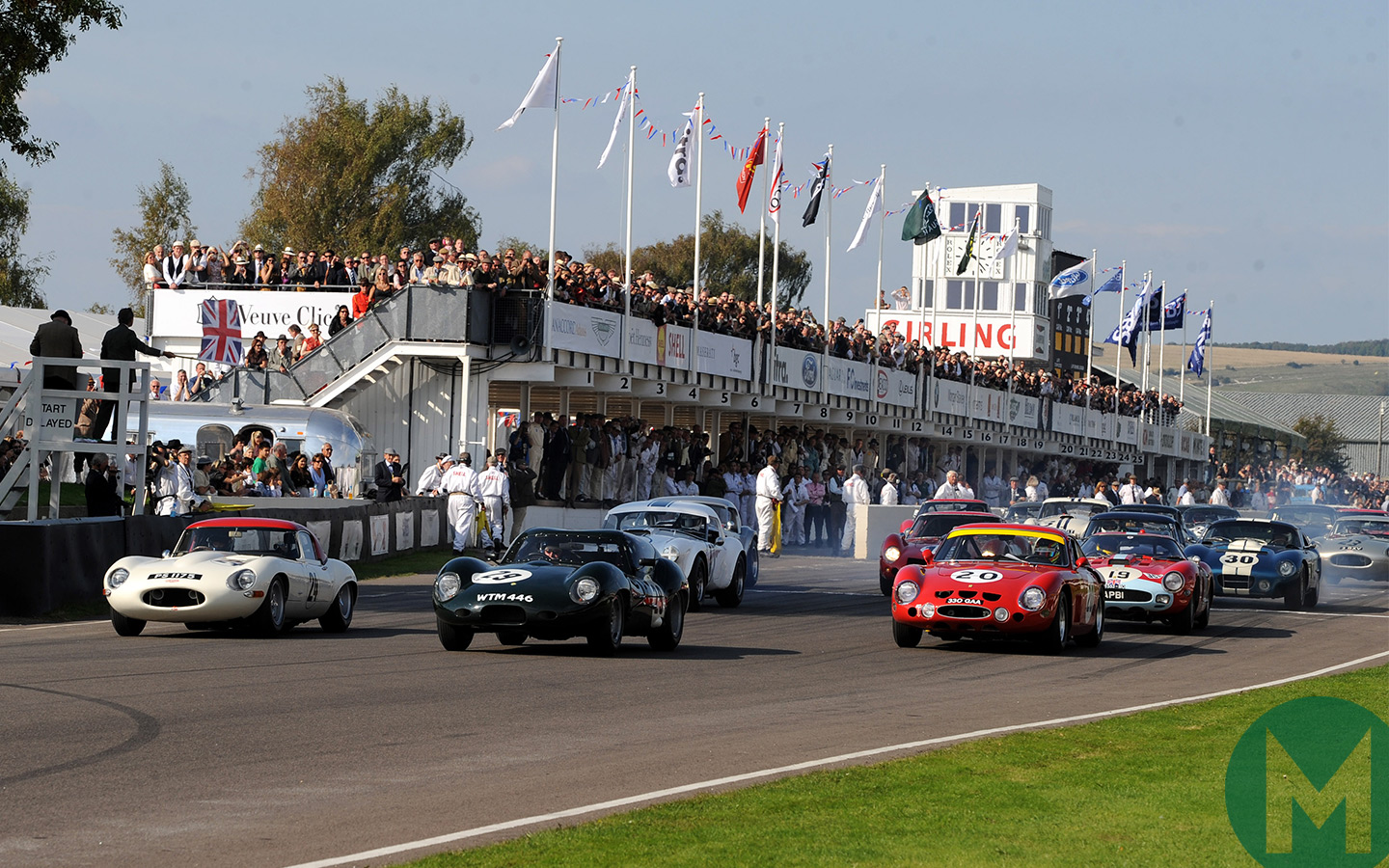 Tweeds and trilbies, furs and frocks, sideways E-Types. An annual highlight of the historic race calendar is less than a week away and the entry looks as strong as ever.

Rivalries of today and yesteryear are renewed in the St Mary’s Trophy and this year’s grid promises the same. It was a touring car scrap up front last year – in drivers and style – with Andrew Jordan sneaking the win from Gordon Shedden by a tenth. This year they’re back, as is Jason Plato, Matt Neal, John Cleland, Steve Soper and Andy Priaulx. The rest of the grid is a who’s who of motor racing: Rob Huff always goes well at the Revival and expect Tom Kristensen, Mark Blundell, Frank Stippler and Jackie Oliver to field strongly too.

But those names only form part one of the Trophy. In the second our very own Dickie Meaden will be running in an Alfa Romeo Giulietta Ti – more on that tomorrow.

The TT Celebration is always a feast for the eyes, with AC Cobras locking horns with Ferrari 250s and Jaguar E-Types. The entry list isn’t bad either – Alain de Cadenet, Richard Attwood, Norman Nato, Darren Turner and Oliver Bryant are among the bigger names this year and expect the Mat Jackson/Marco Attard Chevvy Sting Ray and the Chris Ward/Gordon Shedden Jaguar E-Type to fly up front.

The thunderous Whitsun Trophy for V8 sports-prototypes was a close affair last year, with Nick Padmore edging Oliver Bryant by less than a second in their Lola Chevrolet T70 Spyders. The former is back to defend his title, up against Mike Jordan in his Ford GT40 and Katsuaki Kubota in a Lotus-Ford 30.