The testing in Barcelona is probably not going anything like this 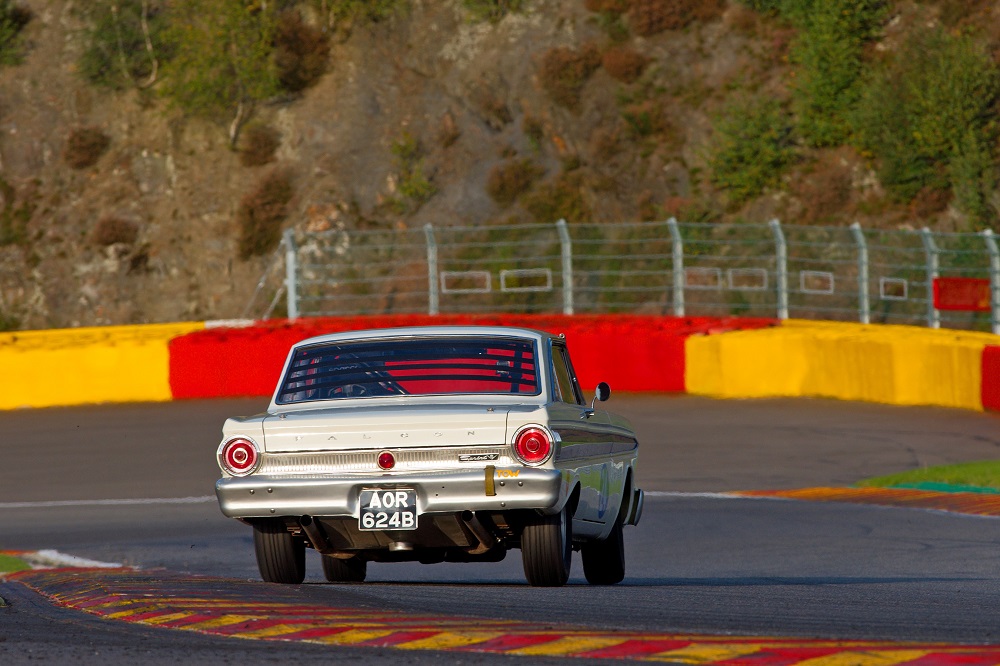 So there they are, gathered in Barcelona, immaculate teams, immaculate trucks, glassy buildings and data engineers by the hundred poring over every byte of information fed back to them by their immaculate cars containing their immaculate drivers. This is how one group of racers go testing.

And because the eyes of the world will be on Barcelona right now, allow me to divert yours to another time and another place, to another form of testing.

We’re at Spa and that is literally the only thing what we’re up to has in common with what’s going on in Barcelona. We are at least at a proper track, but only because we’re to race there that weekend and if you have to test, it’s time and financially efficient to do so the day before.

The crack team assembled for testing is me and my brother plus Chris Harris, shortly to become known as the bloke who does all the skids on Top Gear. Plus Vernon. Vernon is the mechanic and the only one of us who has any idea what he’s doing. Brother Richard and Vernon have left a day early to set up. They’ve slogged across Belgium in an arthritic van towing a race box containing an even more elderly Ford Falcon racing car. They arrived to find someone had already blocked the entry to our pit garage and uproar ensues. I can’t see McLaren roadies having to deal with this sort of thing.

Harris and I turn up late the following day in some low slung slice of exotica we’ve borrowed and start grumbling almost immediately. We’d been promised Mars Celebrations this year, so what are last year’s Cadbury’s Heroes doing on the folding table alongside the Pot Noodles, chipped tea cups, cans of warm Coke and Haribo of uncertain provenance? This does nothing to endear us to my brother, our patron. ‘Signed on?’ he growls. ‘Good. Get your suits on, we’re out in five.’ 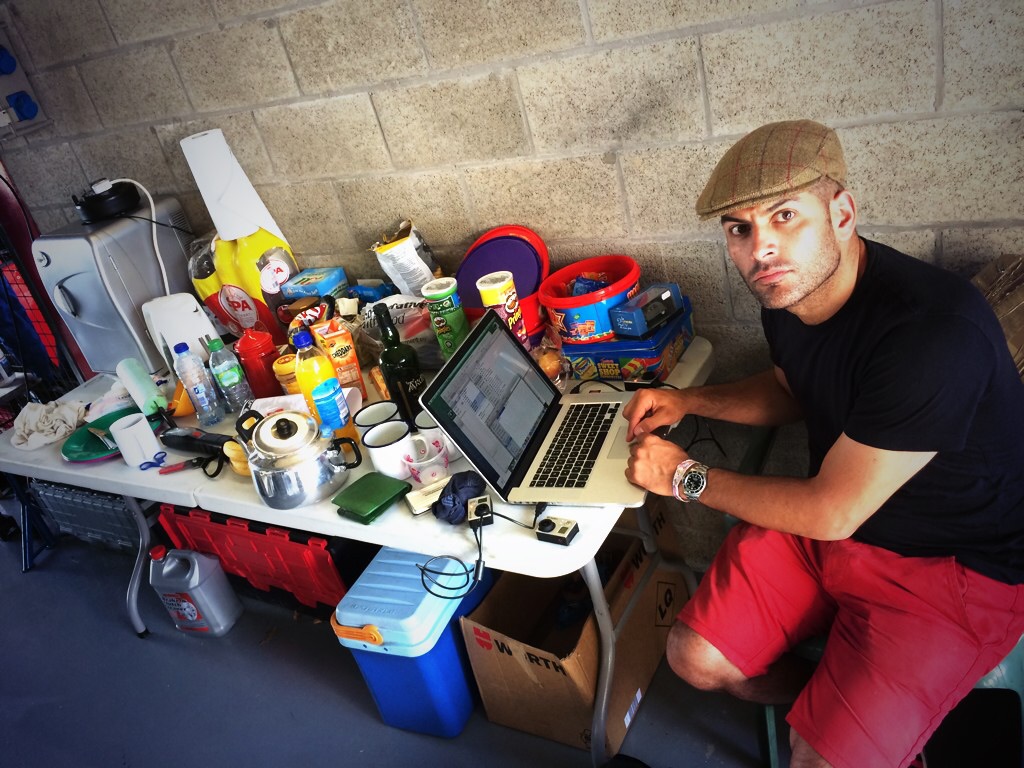 As indeed we are. Or, at least, he is. Time is short so he says he’s going to do three laps and come in. Five laps later, two spent furiously waving a pit board at him to no avail whatever, we bow to the inevitable and ring him up. No, he can’t answer the small pay-as-you-go telephone that’s been lashed to dashboard of the Falcon since he got it, and he certainly can’t hear it over the monstrous sound of an unsilenced 4.7-litre race motor, but not even he can miss its brightly flashing face. He arrives back in pits, mood much improved. The car is near perfect he says, just a little stabilising understeer, ideal for keeping us out of trouble in the six-hour race to come.

Harris climbs in, fires it up Eau Rouge and is back within a lap, pronouncing the understeer so bad the car is constructively undriveable. I have a go and, inconveniently, find myself squarely in the Harris camp. My brother is the Ronnie Peterson of middle-aged amateur racing drivers: he has heroic car control but you could send him out space savers and it’s unlikely he’d notice the difference.

We ask Vernon what’s changed on the suspension since we last raced it. Nothing, we are told. And now the problems begin. We need to set the car up, but how do you do that when the platform upon which you are working has all the structural integrity you might imagine a 50-year-old Ford that’s spent most of its life being smashed over kerbs to have. I’d like to think it had the torsional rigidity of a G-Wiz, but I doubt it’s that good.

Even though we’ve all known and raced the car for years, making changes is still like trying to find the right temperature in a shower in a strange budget hotel. Nothing seems to make any difference until suddenly you’re covered in boiling water. Some old racing cars can be quite sensitive – I can remember a Porsche 904 that responded to every click of the shock absorbers – but this is not like that. And unlike the Formula 1 guys who can change literally every single part of the car save the engine and gearbox, we can twiddle with the shockers, the roll bars and the tyre pressures. That’s it. Problem is I don’t think the issue is any of the above but a new differential. So from the outset we discover we cannot cure the problem as we have no other diff, the best we can do it attempt to manage its symptoms. 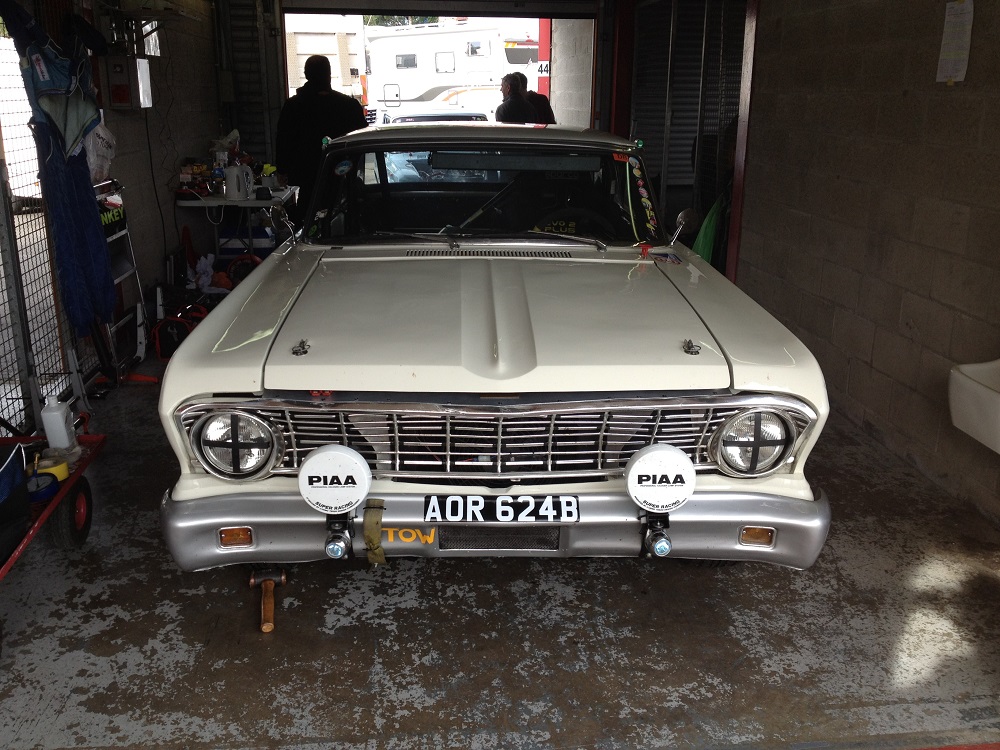 Yet this year as in all previous years after hours of twiddling and fiddling, somehow we end up with something we all agree can be raced. Whether these views are predicated on honest opinion or simply the overwhelming desire to go to the pub is never completely clear.

So now would be the time to put in some fast laps on fresh rubber and see how the old girl is really going, to give us some idea of where we’ll be come race day and what strategies we might employ. We do none of the above: our guiding principle when testing is that the car is only as reliable as its least reliable component and every minute it runs brings that component one minute closer to failure. We know that even if we finish the race – which on the evidence of efforts to date is staggeringly unlikely – we’ll come nowhere, so what’s the point? We’re here to enjoy ourselves and that, at least, we do very well.

Twenty-four hours later and with hangovers receded, we realise that in all our efforts to set the car up, we never tested it with a maximum fuel load, crucial for this car at Spa because of the risk of its bottoming out in the Eau Rouge compression. So Team Frankel heads out into qualifying on full tanks, adding an entire human being’s worth weight behind the rear axle. And for the first time since we got here, the old Ford Falcon handles beautifully…