Its name has been shortened – henceforth it is, quite simply, The Classic – but the essence remains unchanged. Now 30 years old, it styles itself as the biggest historic motor sport festival on the planet and it is hard to take a contrary stance. Even on Friday – no racing, lots of qualifying, weather conditions more like November than July – the place was absolutely rammed. By 9am on Saturday, there were traffic queues extending from the main gate to the eastbound A43 – the kind of thing that used to be the British Grand Prix’s exclusive preserve.

Part of this is a consequence of car culture, with dedicated clubs putting on static displays around the infield. It’s not often that you can barely move without seeing a Triumph Stag. Whether all the exhibits qualify as ‘classic’ is a moot point. The event clashed with the Hagerty Festival of the Unexceptional at Grimsthorpe Castle, Lincolnshire, where such as the Morris Marina and Citroën CS are worshipped. This year Silverstone had its own smaller-scale version, hence the presence of an Austin Allegro Vanden Plas – surely one of the worst ideas in automotive history.

On track, The Classic continues to attract entries that defy logic – spectacularly so in the case of the HSCC Historic F2 Championship, which attracted 42 cars from one of motor sport’s most photogenic eras. And that was without the glut of international entries one might expect in non-Covid times. One can but wonder why numbers rarely reach this level elsewhere. The opening race featured a wonderful three-way lead battle between Matt Wrigley (March 782), Andy Smith (March 742) and Miles Griffiths (Ralt RT1), though the race was stopped with a few minutes to run to allow a car to be retrieved from the gravel. A result was declared after six laps, with Wrigley ahead. 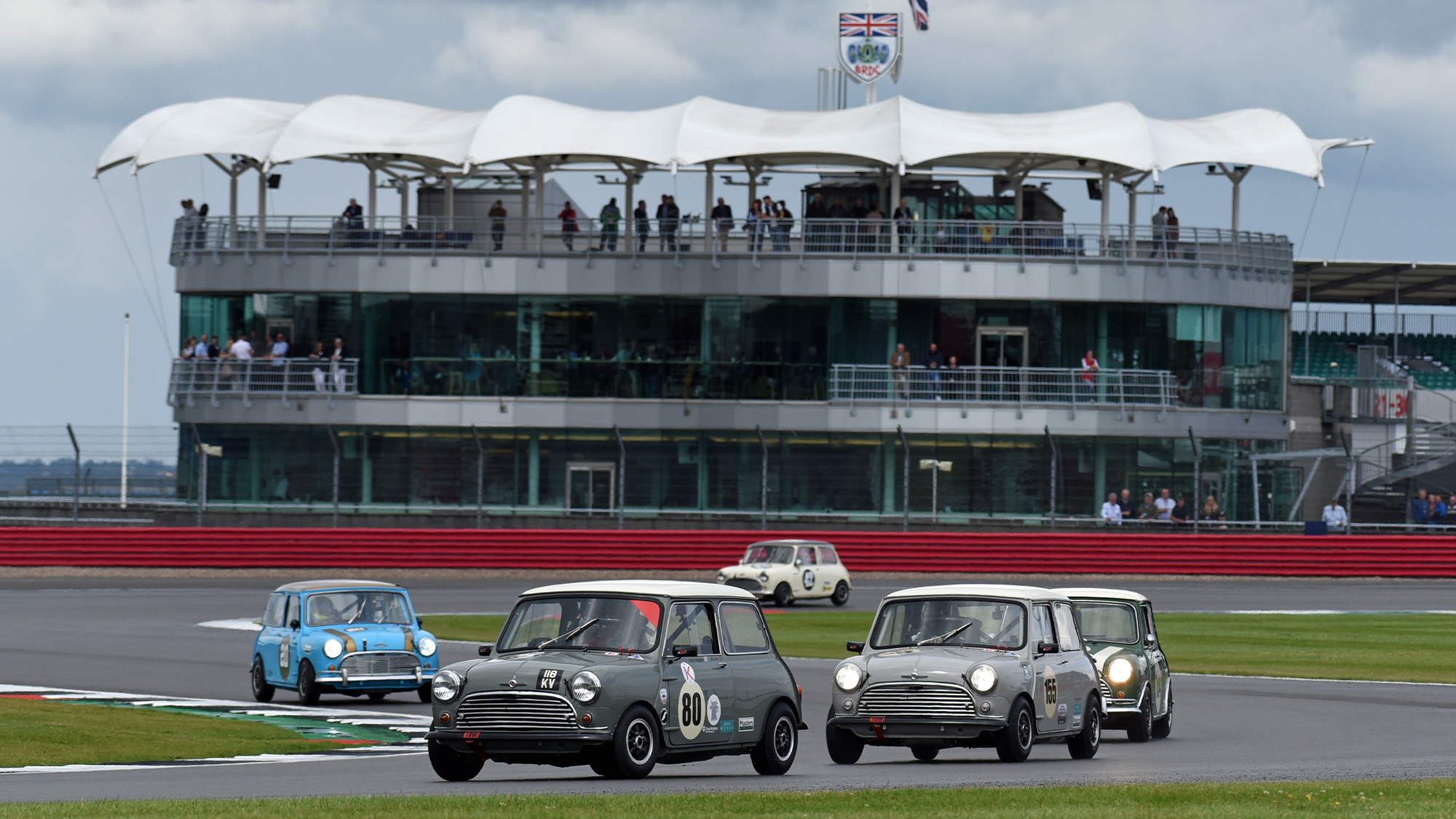 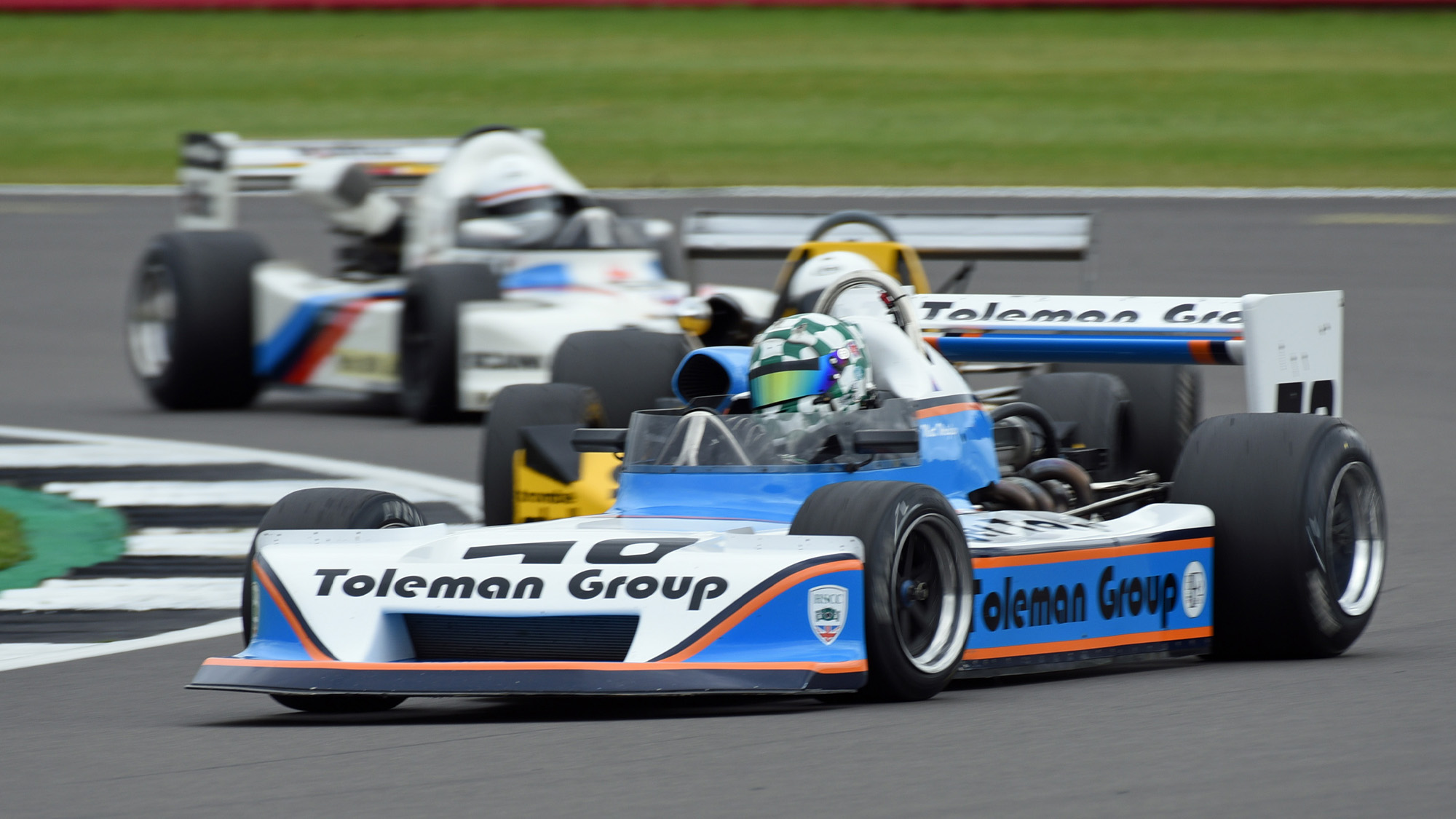 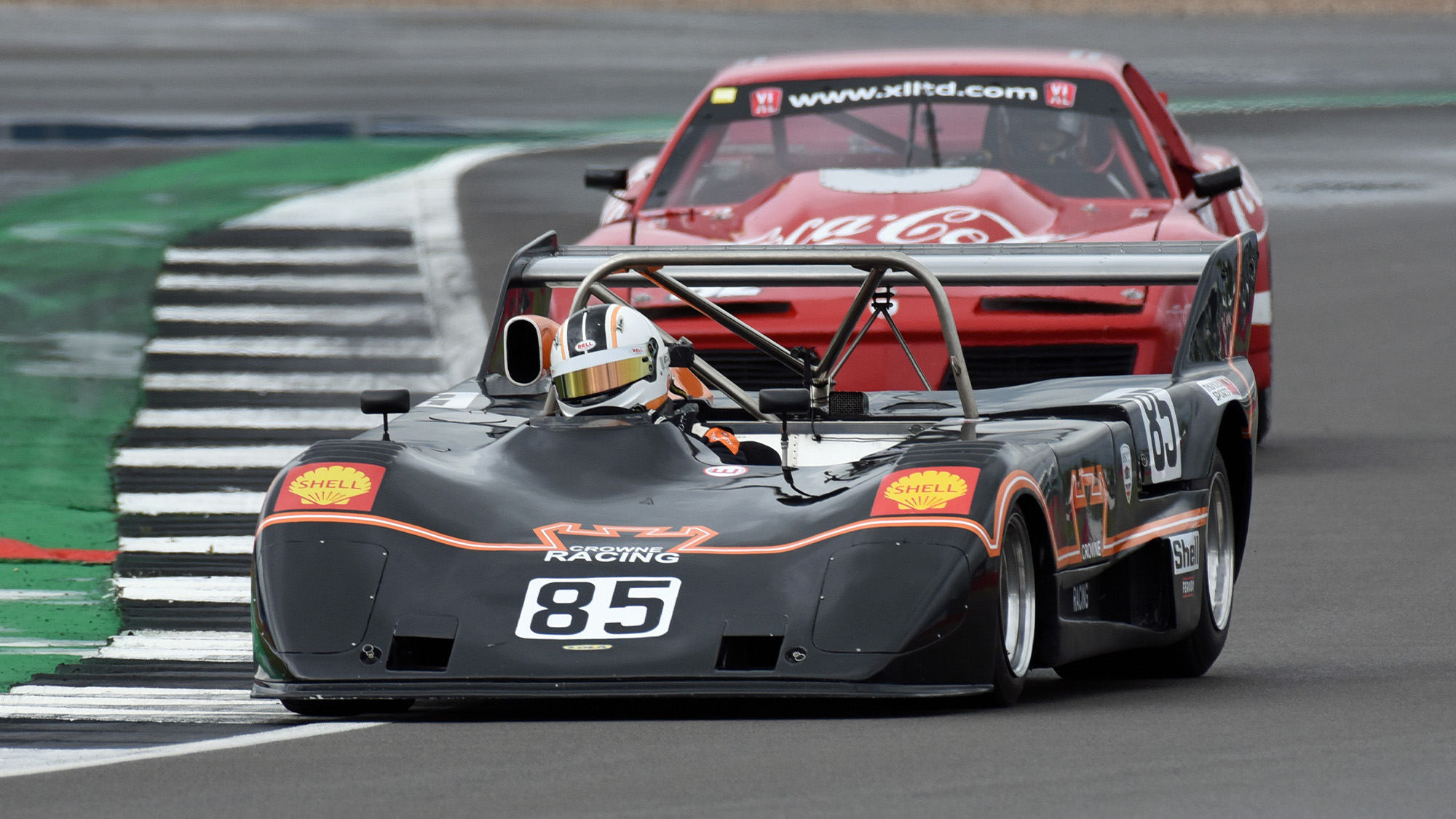 The same applied to the HSCC Thundersports series, which drew only 17 entries for a race on the magnificent Brands Hatch Grand Prix circuit earlier in July but attracted 37 here. Answers on a postcard, please. The race had to be red-flagged before a lap was run, because a downpour hit the track just as the field set off on slicks – hardly ideal with a couple of Can-Am cars at the head of the pack. Once conditions improved, Calum Lockie (March 717) looked set to win until set back by a slow pitstop. He launched a spirited recovery drive and failed by just 0.367sec to catch Tony Sinclair’s Lola T292 on the run to the line.

Only the Masters Historic F1 races suffered noticeably as a result of international travel restrictions, with a slim field of 17 – one of them so slow that it failed to keep up with the pace car ahead of the rolling start and managed only seven laps in the race, four fewer than winner Michael Lyons in his Ensign N180B. The sport really doesn’t need any more chicanes… 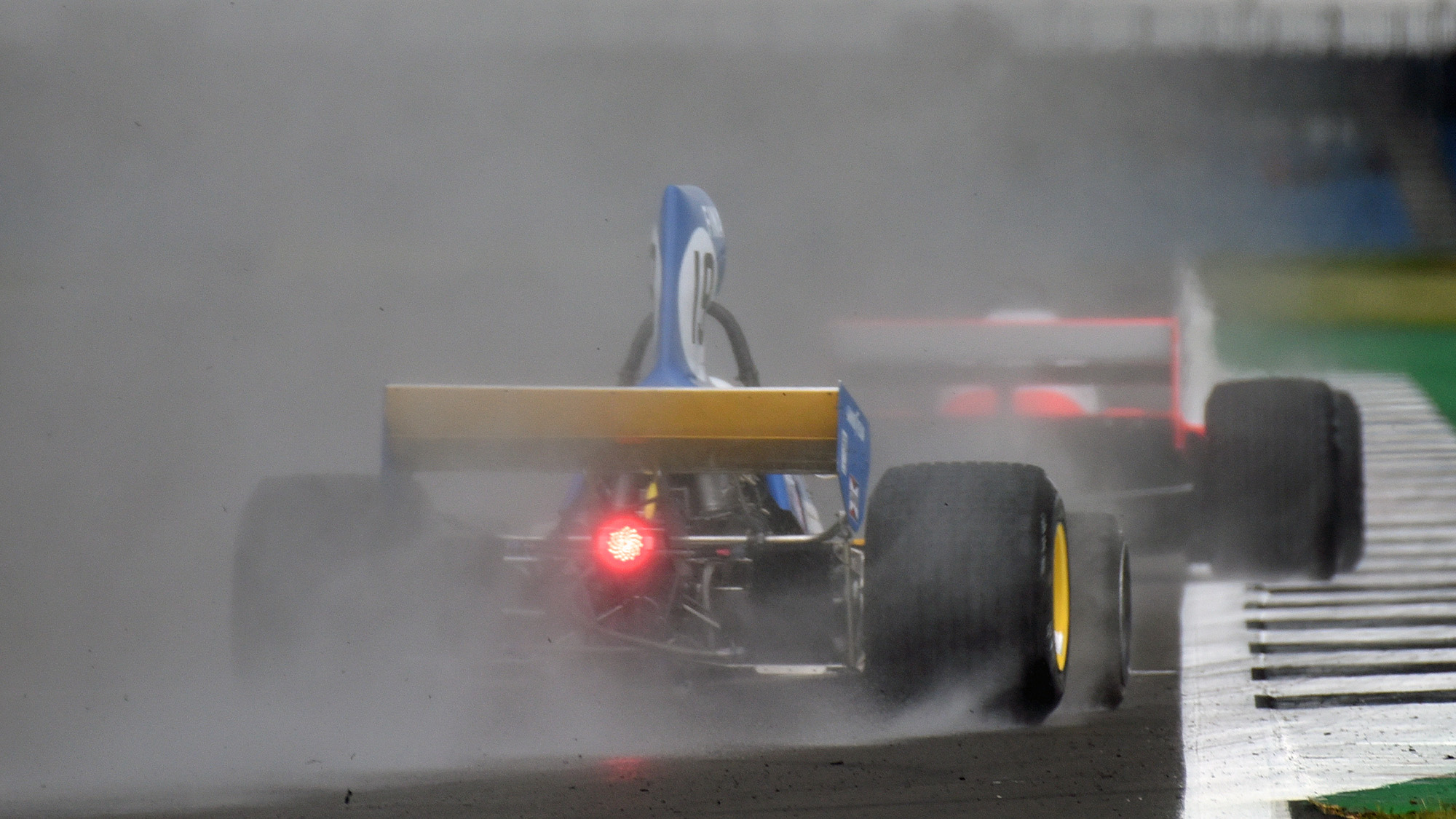 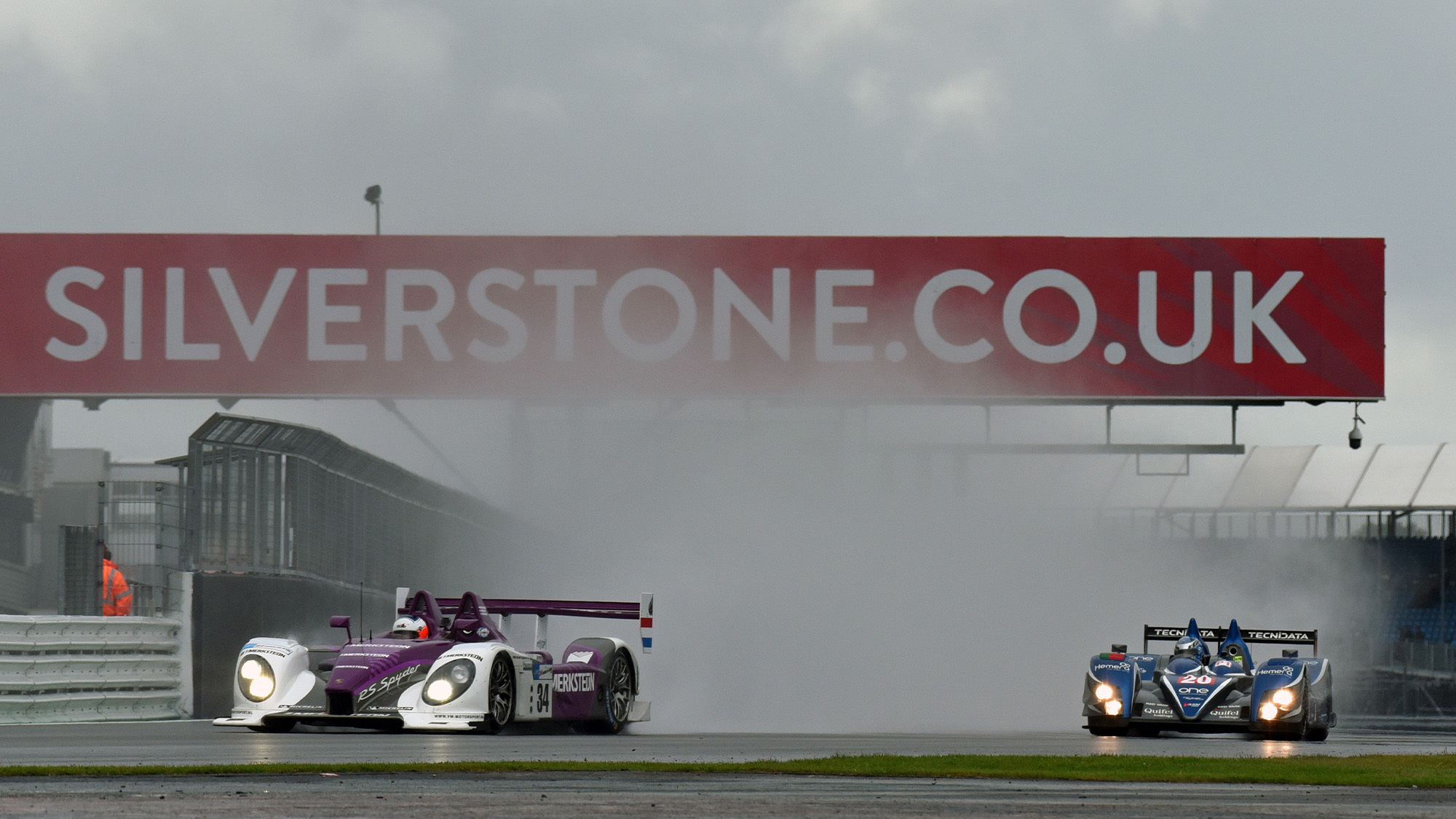 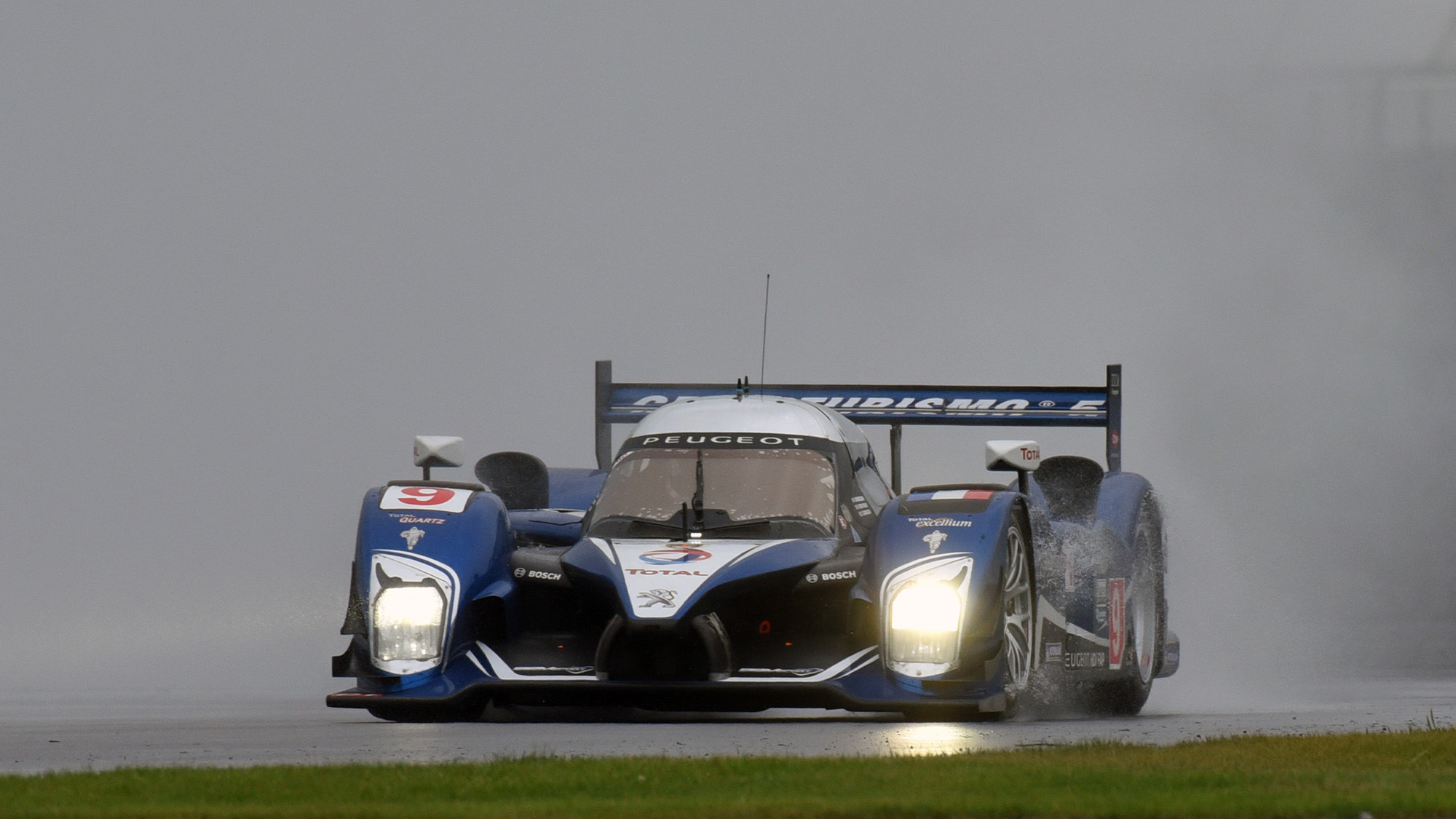 For all that, though, the bark of DFV-powered grand prix cars thundering across the Northants/Bucks border is a wonderful throwback.

It’s how Silverstone is supposed to sound.