Sixty two years ago today, Tony Vandervell’s dream of beating Ferrari at the top level, a dream he had nurtured for most of the 1950s, finally came true. This was the day his team secured the first-ever Formula Constructor’s Championship, and doing so in a way that made Vanwall the undisputed greatest racing team in the world at that time. Consider: there were only ten rounds that year (I’m not counting the Indy 500 which technically qualified) and Vanwall didn’t go to the first in Argentina while all cars retired with mechanical failure at the second in Monaco. So with a fifth of the season gone and despite three drivers on the strength, not a single point had been scored.

But then Stirling won at Zandvoort and Tony Brooks at Spa. Sure, the red cars then triumphed in France and Britain, but the remaining four rounds were divvied up equally between the British stars in the British cars. As you were only allowed to count six races towards your final points total this was the first of what have been to date just two occasions on which a manufacturer has scored maximum points in the championship, the other being Cooper in 1960.

So you might think that for Vandervell, after five seasons of effort culminating in that one monumental reach for the sky, there’d be no limit to his future ambitions. In fact there was just no future. Stirling winning the 1958 Moroccan Grand Prix 62 years ago and bringing Vanwall that title was for him a moment far more bitter than sweet. For it was also the race in which the engine of Stuart Lewis-Evans’ Vanwall seized, pitching the car off the circuit where it crashed and caught fire. It would be six days before his driver, uncomplaining to the last, finally lost his fight for life in an East Grinstead hospital. The Vanwall team did race again, sporadically and ineffectively for the next three seasons, but the dream had become a nightmare and for Vandervell, already an ill man, it was over. 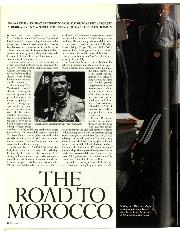 Stuart Lewis-Evans: The road to Morocco

It was a subdued and depressing flight back from Casablanca in the BEA Viscount. The Grand Prix from which it was returning, the decider of the season, had delivered two…

Which is why Vanwall is not a household name today like those other British racing teams that also came to F1 in the 1950s like Lotus and Cooper, but which stayed long enough to leave a permanent mark on the sport that made their names.

But those in the know, know. Which is also why the man who owns the rights to the Vanwall name has today announced six continuation cars, all to ultimate 1958 specification as raced by Moss, Brooks and Lewis-Evans. The six cars represent each of the six victories achieved that year and five will be sold for £1.65 milion each, exclusive of VAT. The sixth will be kept by the Vanwall Group headed by Iain Sanderson.

Any doubts as to the legitimacy or authenticity of the cars are dispelled by the fact they will be created from the original drawings by Hall & Hall at their Lincolnshire base. If they are not indistinguishable toolroom copies, I’ll eat this laptop. And because the FIA’s appendix K classification requires cars only to be in original specification and not actual period pieces themselves, there’s no reason they cannot be issued with the relevant paperwork and allowed to race wherever they are welcome, which I’d imagine will be pretty much everywhere. 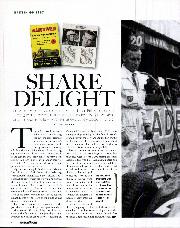 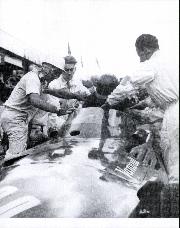 Those last 10 laps were exhausting. I was checking the rev counter, listening anxiously to the engine’s note, changing gear with exaggerated care, braking a little earlier and giving the…

Whether the drivers will enjoy racing them is another matter. I spoke to Stirling about them occasionally over the years and was left with the impression of a car he admired more than loved. ‘Couldn’t slide it, boy,’ he’d say, ‘always wanted to understeer.’ And it’s true: look at old pictures of the Boy Wonder at the wheel and the car always looks either rooted to the spot or gently pushing its nose away from the apex. That it was fast is beyond question, and for that thank Frank Costin’s gorgeous low drag bodywork, disc brakes and a young Colin Chapman’s chassis design, but that tail out drifting stance that came to personify the Maserati 250F the Vanwall succeeded as the best car in Formula 1, is notable only by its absence.

I doubt the owners of the new Vanwalls will be too troubled, and I wouldn’t put it past the team at Hall & Hall to engineer in a more neutral set up. Some, of course, will carp about the cars not being originals but I for one have no problem with that. The bloke owns the name and has employed the best in the business to do the job from the original drawings. And hopefully we’ll get to see Vanwalls racing once more and maybe winning again too. I just hope they can persuade Tony Brooks to do a demonstration lap or two in one. I’d travel a long way to see that.