Anyone who thinks historic racing is just about old guys having fun in old cars could not be more wrong. There was ample young talent on show at Brands Hatch over the weekend at the newly styled ‘Legends of Brands Hatch Superprix’.

The annual HSCC race weekend on the wonderful Brands Hatch Grand Prix circuit took on a new look for the 2016 edition as a headline event in the club’s 50th anniversary celebrations. 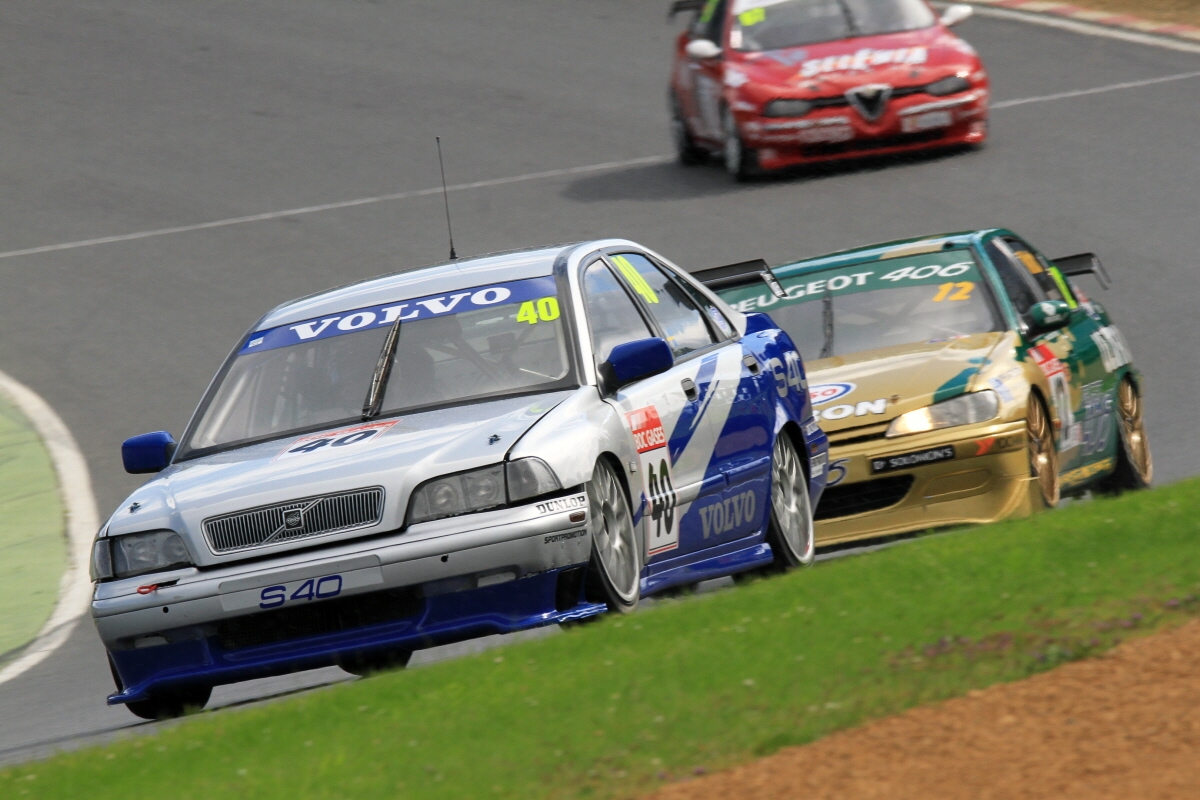 Close to 500 cars packed the paddocks – and more – and three full days delivered some great racing on the UK’s best drivers’ track. There was, of course, plenty of grey hair to be seen when the helmets came off, but there was also a clear demonstration that the appeal of racing period cars is not confined to those who remember them the first time around.

Top of the pack was Michael Lyons, who won four races in two remarkably diverse cars. He won twice on his Super Touring debut in a Volvo S40 and won twice in the ex-John Love Formula 1 Surtees TS9, one of the cars in his family’s collection of historic machinery.

At 25, Michael has been racing historic cars for close to a decade while at the same time forging a career as a very well-respected sports-prototype and GT racer. He is, of course, fortunate that his parents and fellow racers Frank and Judy have been able to provide single-seaters for him to race. Racing two wildly differing cars does not faze him in the slightest and that versatility surely serves him well in a modern sport where few drivers get to drive such diverse cars.

“The races were back-to-back and so I went from the front-wheel drive 300bhp Volvo with some downforce straight to the rear-wheel-drive 500bhp Surtees with no downforce,” he said. Importantly, Michael races the historics with a mechanical sympathy and respect for others that only adds to his ability in the world’s bigger long-distance races.

That respect for the sport’s heritage was much in evidence among some of the other successful young guns at Brands Hatch. Andrew Hibberd, five years older than Lyons, won three races over the weekend, two of them in the 40-year-old ex-Chris Irwin Brabham BT18 Formula 3 car now owned by his father Michael.

Sharing the winning Elva Mk7S in the Guards Trophy race were 21-year-old Callum Grant and 24-year-old Max Bartell. The following day they finished one-two in another fiercely competitive Historic Formula Ford 1600 Championship race as 16-year-old Ben Tilley chased them home. As the category approaches its 50th anniversary season, Historic FF1600 is booming and the class of 2016 includes some fine young talent. In fact, there is fine young talent right across historic racing.