The late Max Mosley’s first racing wish was the usual one: to become Formula 1 world champion.

He would get as far as Formula 2 – and there in short order bear witness to enough danger and death to forever colour the majority/more notable aspect of his motorsporting career.

On the occasion of only his second F2 race he shared Hockenheim’s grid for the 1968 Deutschland Trophy with the great Jim Clark, about to start his last race of any kind.

“As soon as I got to the first corner there was thick spray,” Mosley remembered 50 years later. “All I could see were the treetops and in that way I followed the gentle curve of the outward leg – with just a yard or two of grass either side between you and the forest.

“I’d never raced in the rain before – bar one slightly wet race at Lydden Hill – and so it was very intimidating. I felt really uncomfortable. Those cars at high speed generated lift. When I got into top gear – about 140mph – I thought, ‘This is completely mad.’ So I backed off.

“I felt that was rather cowardly, but it seemed sensible. A proper racing driver might have thought otherwise, but usually what you feel is pretty much right.

“To my surprise, nobody came past.

“I’d had no preparation at all. Clubmans racing was all I’d ever done: two seasons, the second of which was successful. It was a little bit like being a good local tennis player and finding yourself at Wimbledon.”

Mosley was an odd mix of laser-like focus and wide-eyed naïveté. His first experience of F2 had come at the wheel of his Ford pushrod-engined Mallock U2 Mk6B, cycle wings removed for the (inauspicious) occasion.

Though in the midst of a fierce battle with Howard Heerey’s Chevron B2 for the 1967 BRSCC National Clubmans title – which Mosley would lose despite winning a dozen or so races – he was merely a mobile chicane in the first 10-lap heat of Crystal Palace’s London Trophy.

Out of his depth, he finished two laps down and was not classified.

Between Saturday practice and the Monday race, however, he had refitted those wings to win and set a Clubmans lap record at Brands Hatch.

His 1968 F2 campaign would be a more serious affair aboard a Brabham BT23C fitted with a Cosworth FVA and initially entered by the London Racing Team that he had formed jointly with karting star Chris Lambert. (The car would later be prepared by Frank Williams.)

Lambert was on the Hockenheim grid that fateful April day, too, and he impressed in the first 20-lap heat by finishing third behind the works Matras of Jean-Pierre Beltoise and Henri Pescarolo.

The less experienced Mosley struggled to 11th, one lap behind – but directly ahead of Clark’s team-mate in a Gold Leaf-sponsored Lotus 48 struggling on square-shouldered Firestones in the conditions: “Only when we got to the Stadium Section could I see him in front of me: Graham Hill. I thought, ‘If ever I am going to do something in my life I am going to overtake him.’

“After a certain number of laps the cars had spaced out and so you could see, more or less, where you were going. Of course, when I got directly behind him I couldn’t see what I was doing. But I knew that I was going slightly the quicker because of his slipstream. When he loomed out of the fog I moved slightly to the left and slowly, because of my momentum, went past him.

“I looked over and caught his eye. I knew exactly what he was thinking: ‘Who’s this lunatic?’ I wasn’t in the same league as him, but probably he wasn’t ready to take any silly risks, whereas I was. Plus my Brabham, an excellent car, was on Dunlops.”

The euphoria of overtaking a world champion would evaporate swiftly post-race: “I drove into the paddock and got out of the car. It was all very informal in those days and a spectator came up to me and asked, in German, if Jim Clark was dead.

“I knew that there had been an accident because I’d seen an ambulance to one side of the track. It had never crossed my mind that it was Jim Clark.

“A couple of minutes later the whole paddock was talking about it, and shortly thereafter the PA asked everybody in the crowd to stand and announced that he was dead.

“Team Lotus withdrew – understandably – but in those days it was regarded as something sad but nothing out of the ordinary when someone was killed. The only thing different this time was that it was the world’s number one driver. That sounds horrible to say.

“We marked what had happened, then I got in the car and got on with the second heat.”

Rival Robin Widdows, driving a McLaren M4A, remembers distinctly that race: “They were the hairiest first few laps. Everybody was pushing like hell to prove that they had not been affected by Jimmy’s death.

“Max hit my rear tyres; I think he climbed up them. Nobody wanted to flinch. We all went for it as hard, if not harder, than before.”

Widdows finished fourth – one place ahead of Lambert – and Mosley ninth to secure aggregate seventh and ninth places respectively. Lambert was fourth on aggregate behind those Matras and Piers Courage’s Frank Williams-run Brabham.

Mosley: “My difficulty came afterwards. I had always explained to my wife that F2 was quite safe providing you were careful. When I got home she said that Jim Clark was clearly a better driver than me and that presumably he had been being careful.” 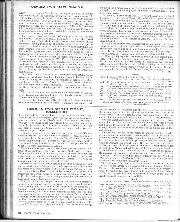 The Hockenheim Formula Two race was certainly the most tragic event in British motor racing history and any report of the meeting must be coloured by Jim Clark's death. The…

May 1968 Issue
By Andrew Marriott

Yet one week later Mosley was finishing fourth in the first heat of the BARC 200 at Thruxton.

By June, he was back at Hockenheim for its Rhein-Pokalrennen: “It was a proper slipstreamer and I didn’t brake early enough [for the Stadium Section] and hit Jo Schlesser.

“My front wheel touched his rear and I went up in the air. Alan Rees, subsequently my partner at March, always said that he passed underneath my car, looked up and saw the oily engine bay above his head.

“That was just two or three weeks before Jo was killed at Rouen in the French GP.”

Motor racing was at its most gladiatorial: Mike Spence had been killed testing at Indianapolis in May, and Ludovico Scarfiotti had crashed fatally at Rossfeld hillclimb in early June.

Thus Mosley listened intently that evening in Germany as Courage shared a bottle of wine and some home truths. The gist? Max, why be average at something so dangerous when a stellar and safe career at the bar beckons?

Mosley, however, was not yet ready to heed.

The following weekend he felt the heat each time he passed the burning Tecno that had tumbled to destruction – ejecting Jean-Pierre Jaussaud – as part of the multiple pile-up that marred Monza’s Lottery GP. (Mosley would much later hang a photo in his office by way of a stark reminder of his passing the smoking wreckage.)

And one month later Lambert was killed after tangling with the Tecno of Clay Regazzoni at Zandvoort.

Yet Mosley would be back for more in 1969 – and promptly suffered a major accident during practice for April’s Eifelrennen at the Nürburgring Nordschleife when the front-left suspension of his Lotus 59B failed. He and it came to rest in an adjacent caravan park.

The car was repaired – only for a brake disc to shear off during its Snetterton shakedown. Mosley handed it back to Colin Chapman. For good this time.

Finally it had dawned on him that he was not going to become world champion. Legal brain had reassumed command of racing heart.

“People go racing because they love it,” he said. “They shouldn’t have to pay with life or limb for that.

“The standard reply had always been, ‘Well, you don’t have to do it. If you think it’s dangerous, slow down. What are you worried about?’

“I thought at the time, ‘If ever I get into a position in this sport to do something to change that, I will.’”

He would. And he did.