After highly successful 2019 tests, Bloodhound has said that its land speed record car is capable of setting a new world record having completed its month-long programme in South Africa.

The tests revealed that the car was performing as expected and is capable of breaking 800mph. The current record of 763mph is held by Thrust SSC and was set in 1997. Engineers believe that the current marker is well within reach.

“It is as trivial as putting a rocket in the back,” engineering director, Mark Chapman told Motor Sport.

“We get an extra five tons of thrust. Drag figures were all within where we thought we should be. We’ve got the thrust from the rocket we need.

“There’s nothing we saw in South Africa that gave us some concerns for going up through the sound barrier.”

Having run many ‘profile’ tests during its high-speed testing programme on the Hakskeenpan lakebed and achieving its internal 1,000km/h goal, the next phase of the project has already begun according to Chapman. 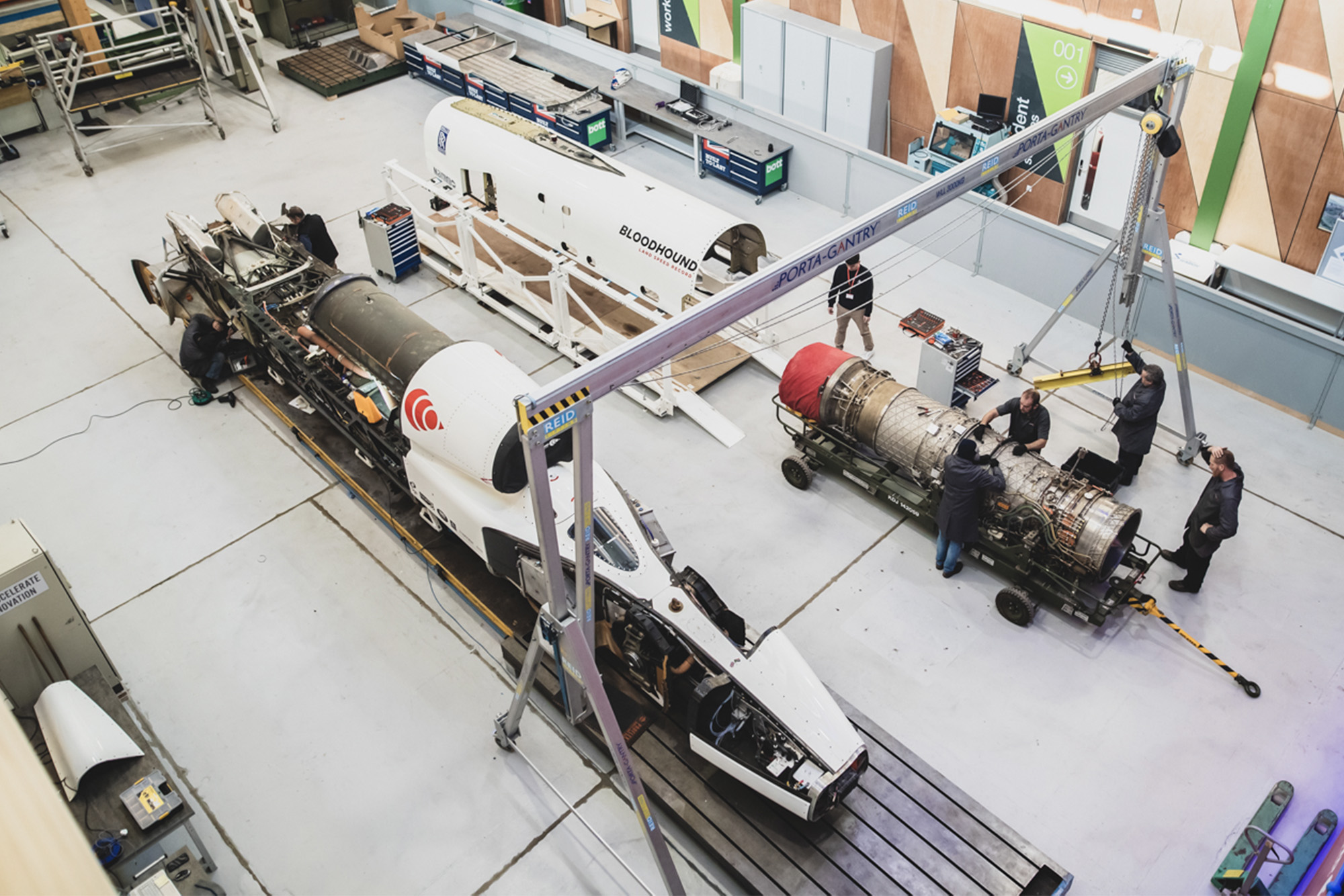 “Engineering-wise, the next stage is putting a new system in for the airbrakes and to have those active,” he said.

“We also need to put winglets on the back of the car, they don’t have to be active, but they do need to be adjustable.

“One of the things we will do is change the fuel tank arrangement, and then the rocket system.

“We had the guys from Nammo out in South Africa, so we know how big the rocket we need is.”

The 628mph recorded in its fastest run last November was a huge moment for the team, but it is a headline speed that could have been been stretched higher.

“The car could have gone faster on jet power alone, but we had achieved what we set out to in trials and it was making sure we were operating safely in terms of track limits and distance,” engineering manager Frantz Nehammer explained to Motor Sport.

Ahead of further testing, the data the team collected indicated that their car would be well capable of achieving the land speed record, with modifications already in mind for a future attempt.

“It’s [limited by] track length, you could run it longer and at higher speed but then you start encroaching on how much desert you have left.

“What configuration and the inputs and the new configuration of the car can be done in slower time. A lot of that was done whilst we were out there.

“There’s still some number crunching going on, really fettling but principally the correlation with the CFD has been done and that all looks really good and that’s allowed us to do some passes on models of predictive performance with different thrust and configuration and different weights.

“So we can look at the sensitivity of how varying those gives us results and what you want within the limits and confines of the desert.” 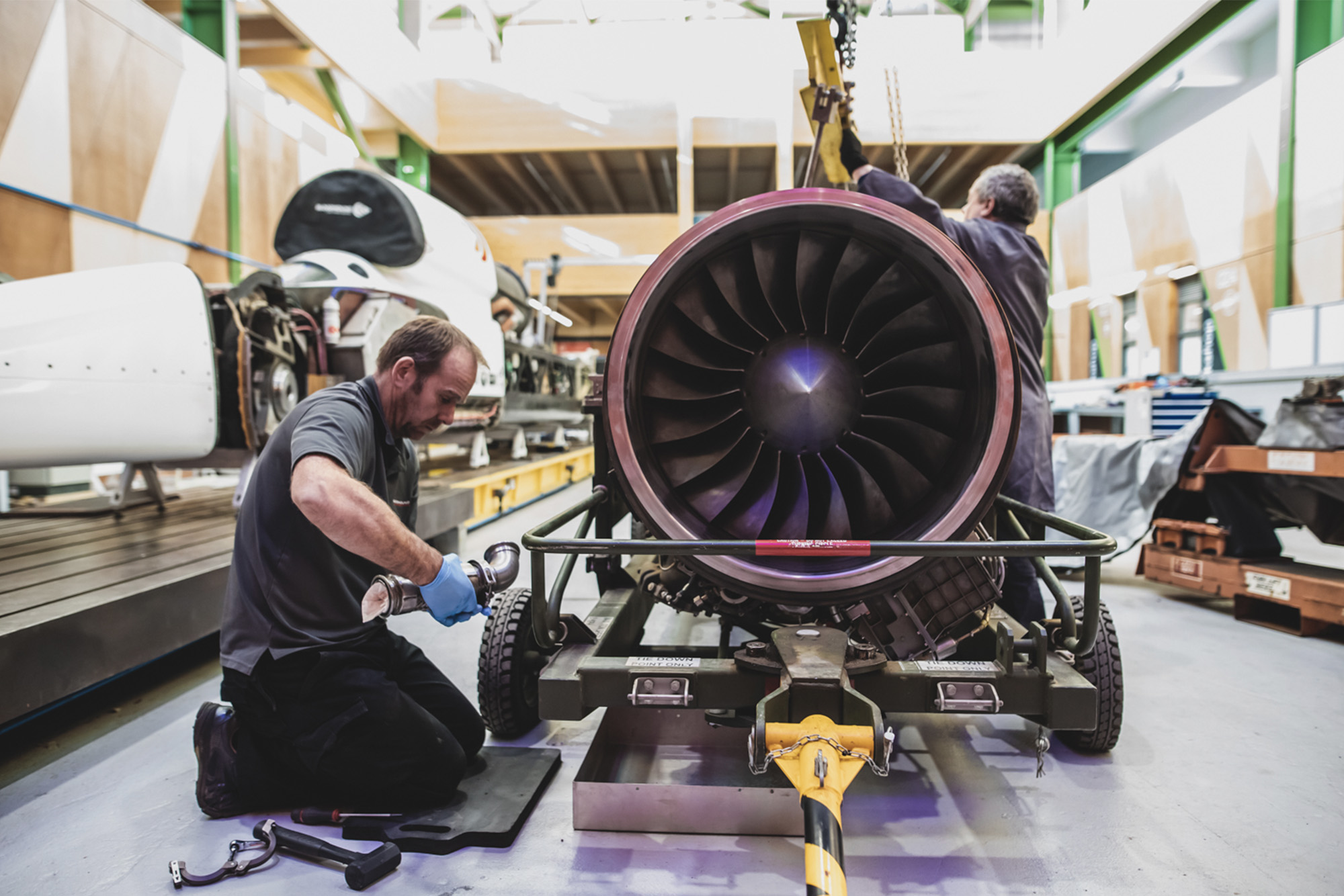 There is no planned running in 2020 for the Bloodhound LSR car, though Chapman explained that despite the lack of high-speed activity, the break will allow for funding to come in that the team is confident will materialise.

“It allows us to do the work that needs doing to the car in slower time and also allow the chance for funding to come in.

“Ian [Warhurst] has been very clear that his money funded high-speed testing and he’s – and we all are – pushing really hard to get that funding in place, but we won’t commit to a date in South Africa until that money exists.

“We got up to Mach .8, to then go to the next stage, it’s a lot lower risk. Technically we ticked the box in South Africa with that, but also on the media side, everyone asked “well who’s going to watch it?” Now we’ve got some pretty good data as to the penetration we had, just with high-speed testing.

“That is part of the pack to go to a potential sponsor or potential investor – it’s a lot more powerful than to just say “yeah we think it will do really well.”.

“It [sponsorship] should happen. It comes down to timings. Again, by putting it into next year, it makes it a lot easier because it comes under 2021 budget and a different financial year.”

The ambitious target of 1,000mph hasn’t slipped off the radar either, despite expectations being realigned with the high-speed testing the focus of last year.

Following the performance of the car and data gathered, the team is confident that the car would be able to hit the target but added the caveat that there would need to be a desire to see the target beaten.

“The project to Christmas was deliver a high-speed test. The project from now until 2021 is to deliver a land speed record and then post-that is, if there’s the appetite, 1000mph.”