The last time that the Mercedes W10 ran in front of a crowd at Silverstone, it was carrying Lewis Hamilton to victory in the 2019 British Grand Prix.

Last night the team’s development driver, Anthony Davidson, brought the championship-winning car back to the circuit to open its winter season, where the fastest lap times are set in the pitlane and Santa has set up home at Turn 1.

Silverstone’s Lap of Lights has returned for a second year, transforming much of the track into a multicoloured light display for visitors to arrive and drive through – with speeds regulated by safety cars. 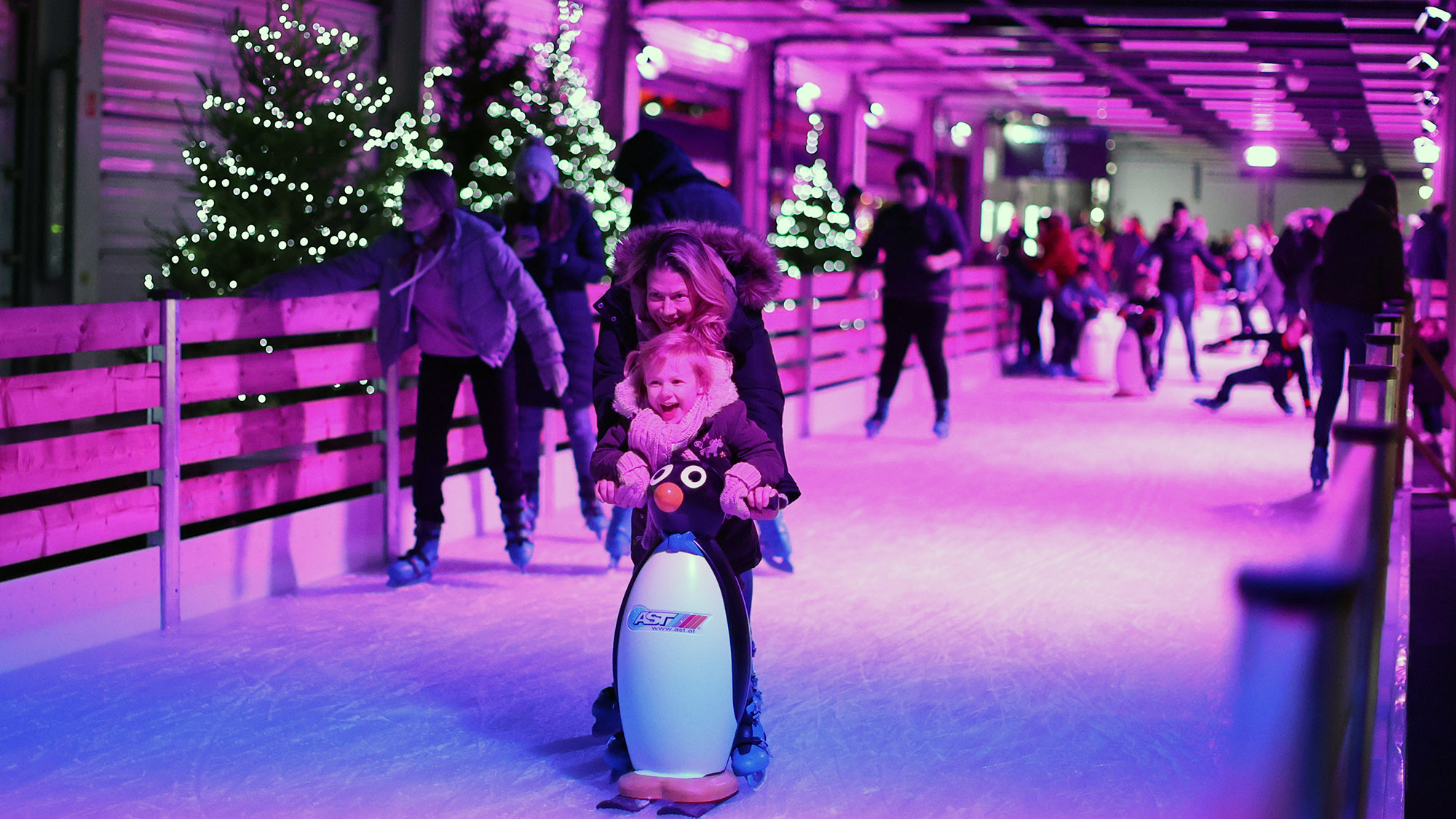 Ice rink runs through the garages, out into the pitlane and back again

This year also brings an ice rink that sees skaters glide in a circuit through the garages and out into the pitlane, as well as a ski-style lodge with food, curling and a bar that offers the opportunity to try axe throwing before — or after — your drinks.

Devised during Covid lockdown, the event helps to keep visitors and revenue flowing in during the off-season, and other circuits are looking at similar concepts, with Brands Hatch, Donington Park and Snetterton among the circuits that offer controlled laps in your family car. 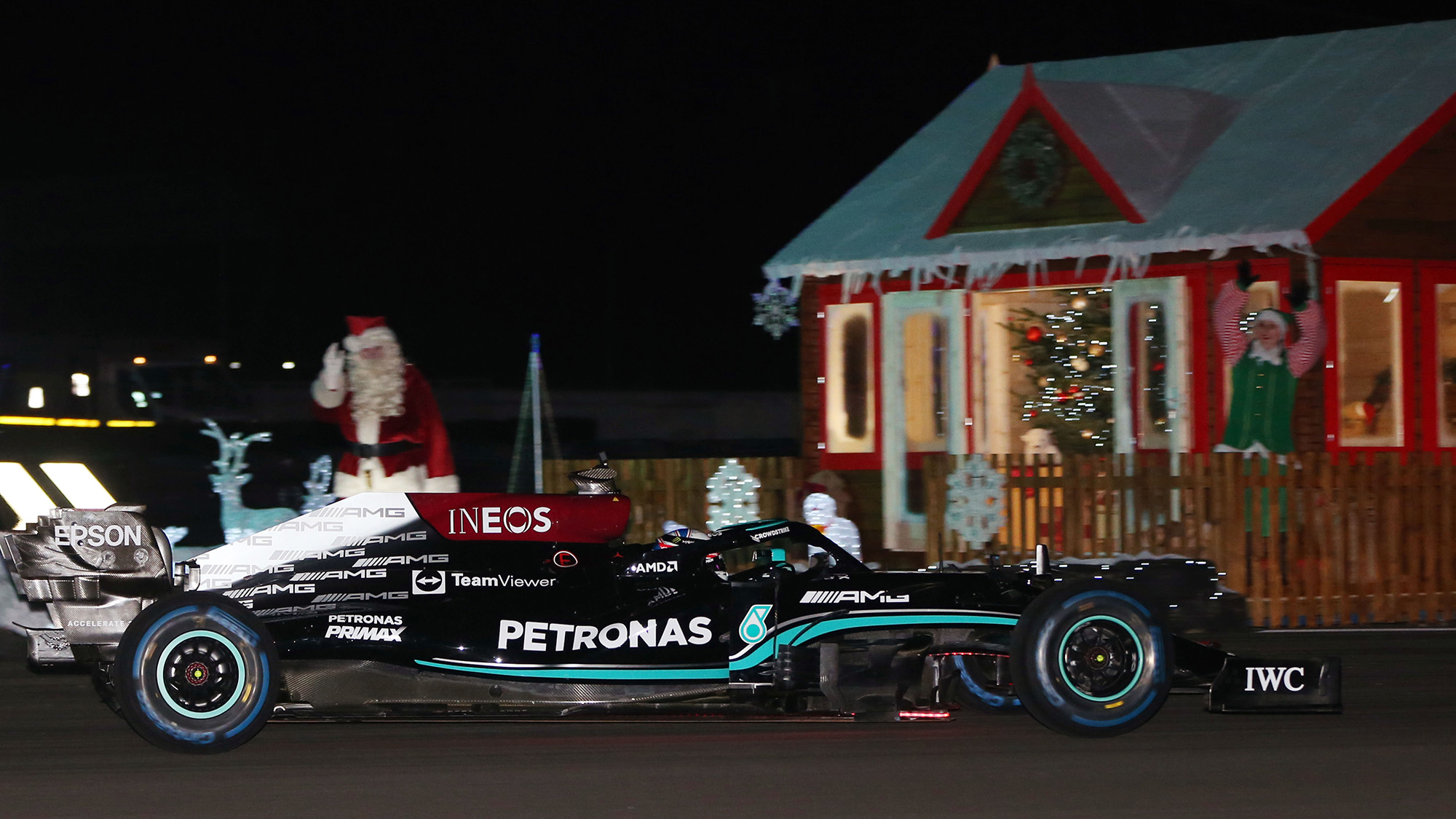 Hamilton and Bottas battled for the lead with the Mercedes W10 at Turn 1 in 2019; Davidson got a wave from Santa

At Silverstone, Davidson’s underlit Mercedes was the first to pass through the continent-themed displays around Silverstone, which feature a mini Eiffel Tower, cityscape snow globes, pyramids and lanterns between tunnels formed of laser light and smoke.

Tickets are on sale now for the experience, which runs until January 3.