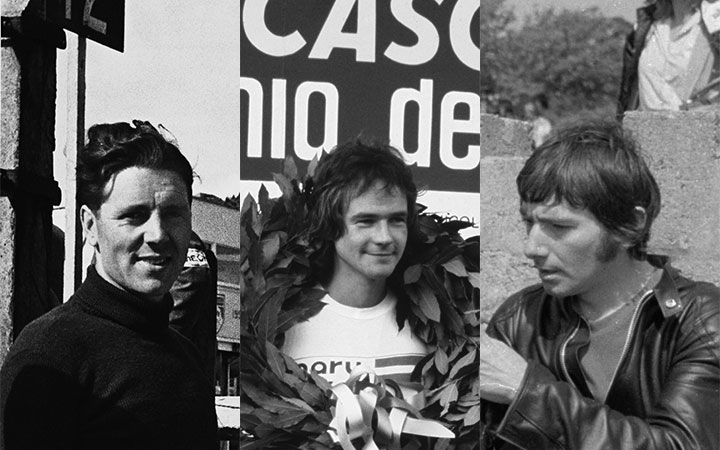 We all know the iconic images of these three late, great Britons: Duke waving a jolly hello, his hair painstakingly groomed and Brylcreemed; Sheene topless and in cut-off jeans, sucking on a filter-less Gitanes, one arm around Stephanie MacLean; Joey nursing a pint and puffing on a fag from under that lank thatch of hair. 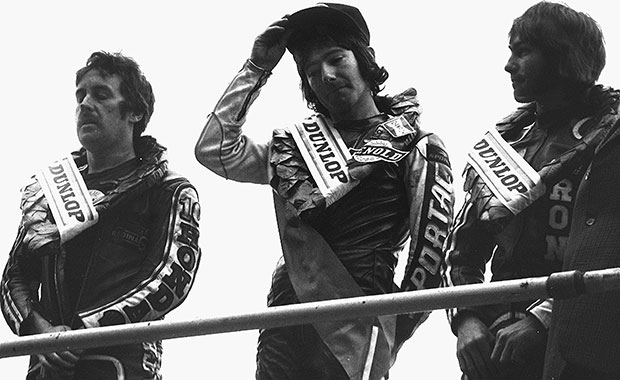 Duke came from a different age, not only of motorcycles but also of society and culture. He surely would’ve been mortified if he had stumbled into one of Joey’s ale-fuelled lock-ins at The Saddle pub in Douglas, even more so if he had mistakenly walked into Sheene’s hotel bedroom.

Duke – who died last May at the age of 92 – raced at a time when people were still figuring out many of the engineering basics of racing. He was the first rider to adopt Rex McCandless’s featherbed frame, the granddaddy of the modern motorcycle chassis. Until he did so bike racing had been all about engines and horsepower. The penny dropped when Duke’s featherbed Norton single defeated Gilera’s four to win the 1951 500cc world championship: a fine-handling chassis was worth as much, if not more, than a powerful engine.

When Duke joined Gilera in 1953 and applied his technical knowhow to the across-the-frame four, he made the template for the modern grand prix motorcycle. At the same time he became the first man to win the premier-class title on different makes of machinery. Even now, only two other men have managed that feat: Eddie Lawson and Valentino Rossi.

Duke’s riding was intelligent and silky smooth, as it had to be because the tyres, suspension and metallurgy of the time allowed nothing else. His talent and dedication to perfection made him the first giant of motorcycling’s world championships: he was the first rider to score a world title double, the first to successfully defend a crown and the first to score a title hat trick. 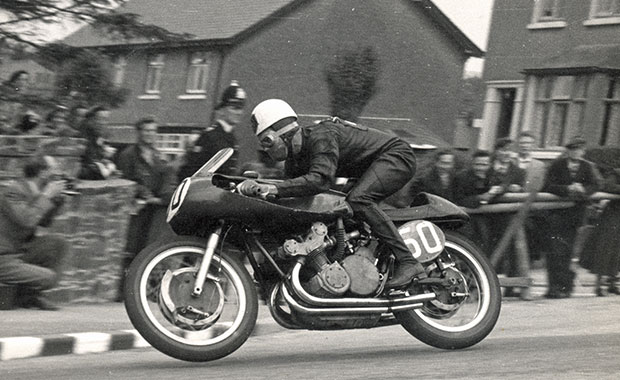 The Lancashireman raced at a time when riders had no choice but to race on lethal street circuits because few people had thought about building proper tracks. Safety had yet to become an issue in grand prix racing, but money already was, and in 1955 Duke proved he was a gent by striking with the impoverished privateers, even though he was a well-salaried factory star. The FIM showed how much it cared about the riders by punishing him with a six-month suspension, which was the beginning of the end of his career.

Sheene was one of the first riders who did have a choice where he raced and he was perhaps the first to exercise it, turning his back on the Isle of Man TT after an unhappy debut in 1971, a year before Giacomo Agostini decided to quit the Island, which precipitated the TT’s demise as a round of the Grand Prix World Championships.

If Duke had the air of a matinee idol, Sheene looked like a rock star, and he behaved like one too. He raced in an era when that was still possible, before increasing horsepower, grip and g-forces turned riders into gym-jockeys. Nonetheless he was a dedicated racer who had the tools required at the time: riding talent, two-stroke know-how and bravery, lots of it.

It is perhaps wrong but also impossible not to remember Sheene’s career for those two huge accidents, both of which could have killed him. First there was his 175mph get-off at Daytona 1975, when the rear tyre of his Suzuki 750 triple exploded while he charged around the Floridian banking, head under the bubble. This was when chassis and tyre engineers were tearing their hair out trying to keep up with the evil 750 two-strokes unleashed by the Japanese. 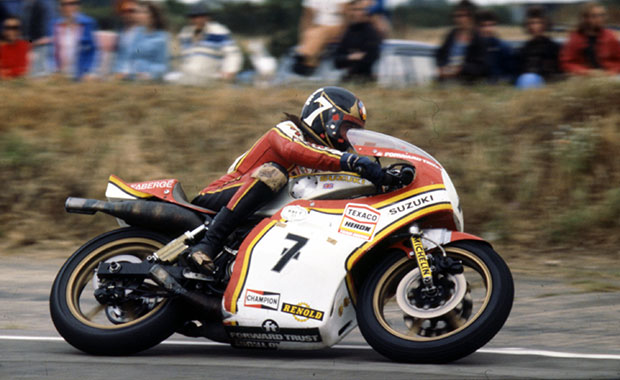 Witnesses likened his next big one – during practice for the 1982 British GP at Silverstone – to an air crash. Sheene was hammering through Abbey Curve at 160mph, head under the bubble again, when he hit an unseen fallen bike.

Once again he came back against all the odds, but this time there would be no more world championship glory. Sheene achieved the first of his back-to-back 500 world titles just 18 months after the Daytona prang had left him with multiple injuries. In 1976 and 1977 he had the best bike on the grid but he also rode Suzuki’s RG500 superbly, most memorably winning the fastest-ever grand prix race at Spa-Francorchamps in July 1977. That day he averaged 135mph around a deadly street circuit lined with rusting Armco, riding a seize-prone two-stroke 500 that flexed so badly he could see the front forks twist as he changed direction at high speed.

Sheene would almost certainly have won more grands prix if he hadn’t suffered so badly at Silverstone in 1982. He was back on competitive machinery and was desperate to show he could beat King Kenny Roberts on equal equipment. His speed at that stage in his career was perhaps even more impressive than it had been in the 1970s because it proved he had learned new ways of riding to get the best out of the latest tyres and engines.

Dunlop won his first Isle of Man TT in June 1977, a few weeks before Sheene’s historic Spa victory, and his last in June 2000, three years before Sheene succumbed to cancer. Dunlop also had the choice where he could race and usually he exercised it in the opposite direction to Sheene’s. And yet Yer Maun was also fast when there were no walls to crash into – many forget he finished on the podium at the very first World Superbike round at Donington in 1988, alongside former 500 world champ Marco Lucchinelli and double World Superbike king Fred Merkel. 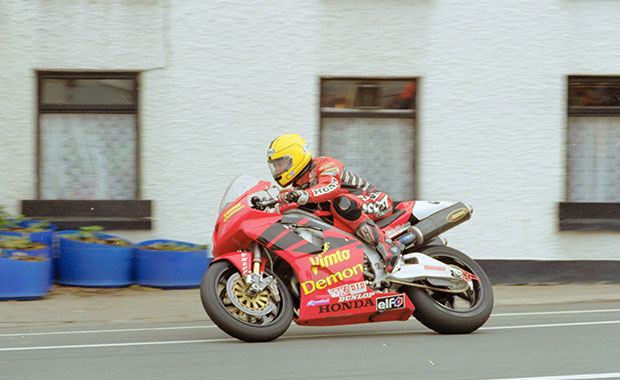 Dunlop’s natural habitat was, of course, public roads: threading the eye of the needle between bus shelter and petrol station at speeds that would have most people weeping with terror. His style was effortless and unhurried, whatever he rode: 125cc two-stroke to 1000cc four-stroke. Now his record of 26 TT wins is under threat from John McGuinness, on 23 wins, but such is McPint’s admiration for the man from Ballymoney that his only ambition is to equal Joey’s record.

While Sheene went from inner-city kid to jet-set hedonist, Dunlop stayed true to his roots, opening a bar in his hometown and embarking on a remarkable series of one-man mercy missions to Romania to help orphans and their carers. He was already an astonishing racer, but these 4000-mile round trips – driving a van packed with food, clothes and medicines – marked him out as an astonishing human being, a million miles from the selfish-racer stereotype. He was prouder of the awards he received for this work than of any of his racing trophies. Dunlop lost his life in a racing accident at the age of 48.