An important 175cc MV Agusta, associated with some of motorcycling’s most famous racers, is up for sale 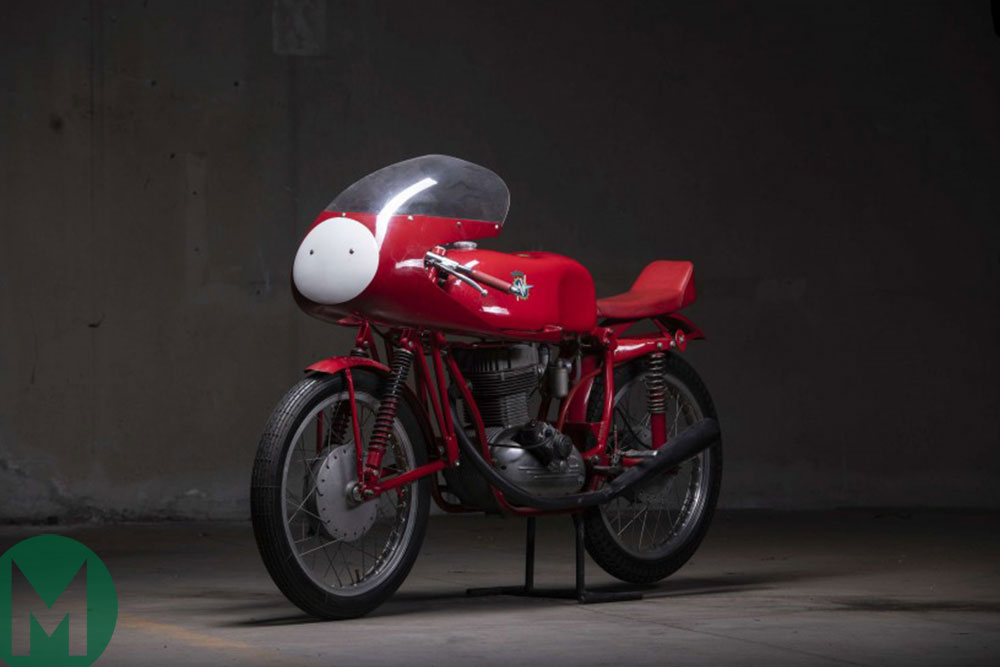 The 175 Squalo was one of the bikes which helped build MV Agusta’s legendary reputation.

Around 200 of them were manufactured between 1954 and 1957, and its combination of strength, elegance and pace ensured its popularity. It is with this very motorbike that riders like multiple champion Hailwood as well as Minter toured Europe’s race tracks and accumulated considerable success in the 175cc and 250cc classes with rebored engines.

The 175 single camshaft cylinder was housed in a removable frame modelled on official racing motorbikes. It also features oversized drum brakes to keep the bike in check at 150 kph! Equipped with an add-on fairing, this client competition version with a five-speed gearbox remains true to its original design, except for the exhaust.

The collection is a family affair too, starting with the grandfather of the collector opening a small garage dealership bearing the MV brand in the 1950s. The collector’s uncle participated in track and city-to-city motorbike races in Italy and had bikes prepared by his brother – the collector’s father – who also worked as a mechanic for the dealership.

The dealership closed in 1958 but the collector, as a young man, was duly inspired by his relatives and bought his own first motorbike – an MV Agusta, of course!

And nearly 50 years on he had gathered over 100 MV Agusta machines.

More: MV on the mountain

Initially an aeronautic concern, after the death of Agusta company founder Count Giovanni Agusta it was passed onto his eldest son Domenico and it evolved into a motorcycle manufacturer.

And the marque became particularly noteworthy for its Grand Prix racing successes after entering competition to enhance its reputation, winning no fewer than 38 world riders’ championships and 37 world constructors’ championships across several classes prior to retiring from racing in 1976.