A daily spotlight on one of the Motor Sport Hall of Fame nominees using our comprehensive online archive.

Barry Sheene was the cheeky Londoner who brought sex, drugs and rock and roll to motorcycle racing. A decade after his death, we assess the 1976 and 1977 500cc World Champion’s merits as a racer

Ten years after losing his life to cancer, Barry Sheene remains a sporting icon and a totem of the fast and loose 1970s. The fact that Sheene was a heroic racer and twice a 500cc World Champion was probably the smaller part of his allure to most people. He transcended the confines of his sport because he was the London boy made good — effin’ and blindin’ his way through social conventions at a time of enormous sociocultural change. And he was the bionic man, held together by plates and screws after surviving not one but two horrific accidents that should have killed him.

Read the full story from April 2013

Vote for your choice 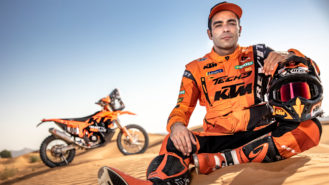 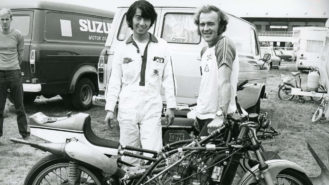