Provisonal suspension in place for Andrea Iannone after traces of anabolic steroids were found in a drugs test. Aprilia rider ‘confident’ of positive conclusion 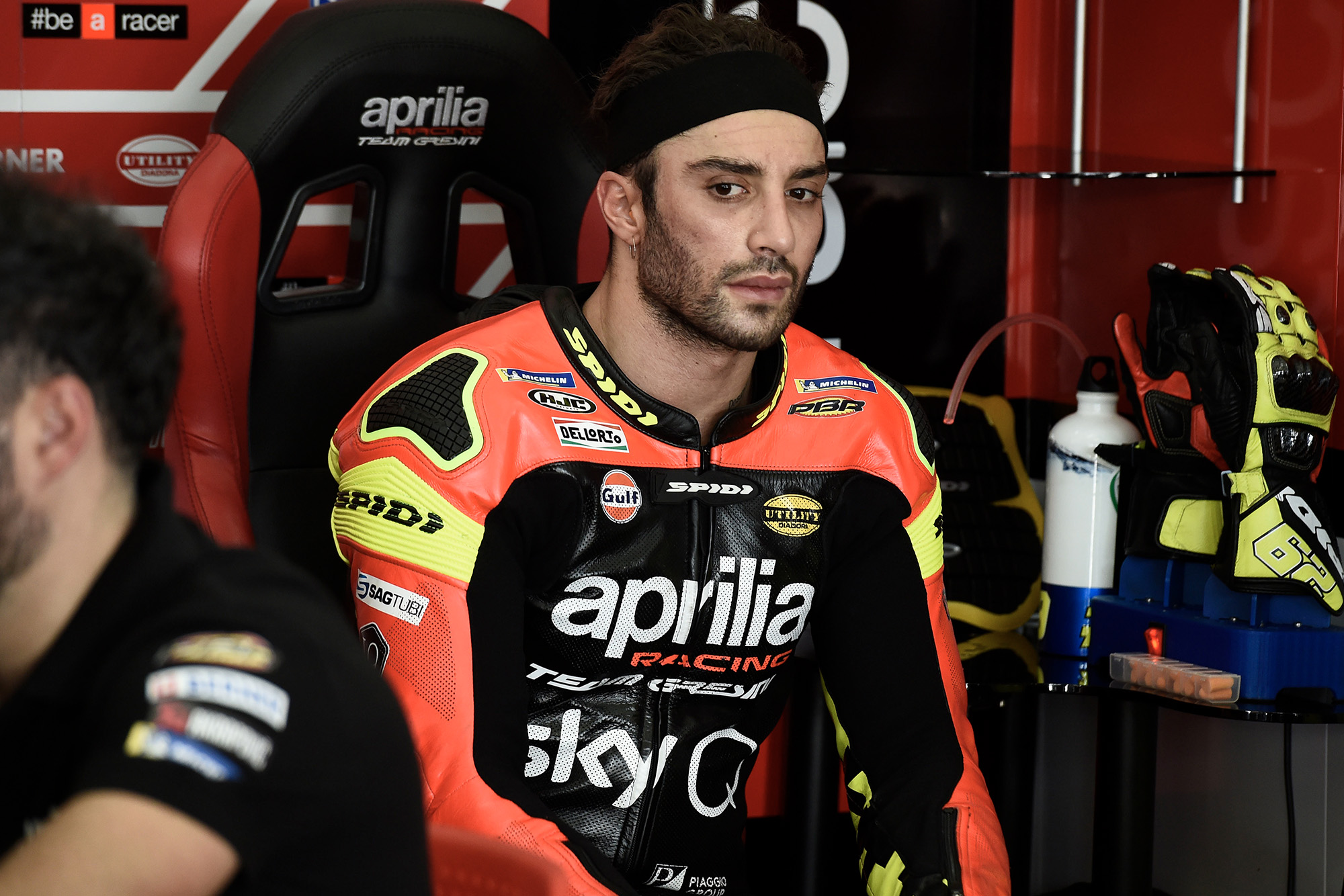 Andrea Iannone has declared himself surprised after testing positive for an anabolic steroid in a drugs test at the Malaysian MotoGP round last month.

Iannone, a 13-time Grand Prix winner, is provisionally suspended from all motorcycle competition at the moment and faces a four-year ban from the sport if the findings are confirmed.

However, the Aprilia rider has said that he’s “totally relaxed” about the situation and has “every confidence in the positive conclusion of this affair”.

“I have undergone continuous checks, obviously always proving to be negative”

“Andrea Iannone is provisionally suspended with effect from 17 December 2019,” it said. “He is therefore barred from participating in any motorcycling competition or activity until further notice.”

The rider has the right to request an analysis of a second ‘B’ urine sample, taken at the same time as the first in Sepang.

He can also request the lifting of the provisional suspension on certain grounds. These include if the sample is thought to have been contaminated; if there’s a strong case that the Iannone was not at fault; or if the finding is unfair.

If Iannone challenges the result, then his case will go to a hearing at the FIM’s International Disciplinary Court.

Iannone indicated that he would be disputing the test in an Instagram post published a few hours after the FIM’s statement.

“I’m totally relaxed and I want to reassure my fans and Aprilia Racing,” he wrote.

“I am open to any counter analysis in a matter that surprises me, also because – at the moment – I have not received any official communication.

“Over the years, and also this season, I have undergone continuous checks, obviously always proving to be negative, which is why I have every confidence in the positive conclusion of this affair.”

At least three riders have to be tested at each MotoGP event under FIM rules. These normally include at least one of the top three finishers and others selected randomly.

The FIM statement said: “The decision to provisionally suspend Andrea Iannone was mandatory following the receipt of a report from the WADA accredited laboratory in Dresden, Germany, indicating an Adverse Analytical Finding of a non-specified substance under Section 1.1a) Exogenous Anabolic Steroids of the 2019 Prohibited List, in a urine sample collected from him at an in-competition test carried out by the FIM at the round of the FIM Grand Prix World Championship held in Sepang, Malaysia on 3 November 2019.”

The FIM’s anti-doping code states that riders will be banned for four years when testing positive for a non-specified substance (products likely to be consumed for the specific purpose of enhancing performance), although there are mitigating circumstances — such as an unintentional breach of the rules that can reduce the length of the disqualification.