Cal Crutchlow dominated at the greatest MotoGP track of them all. What a shame that some fans spoiled a great day by cheering Marquez’s crash 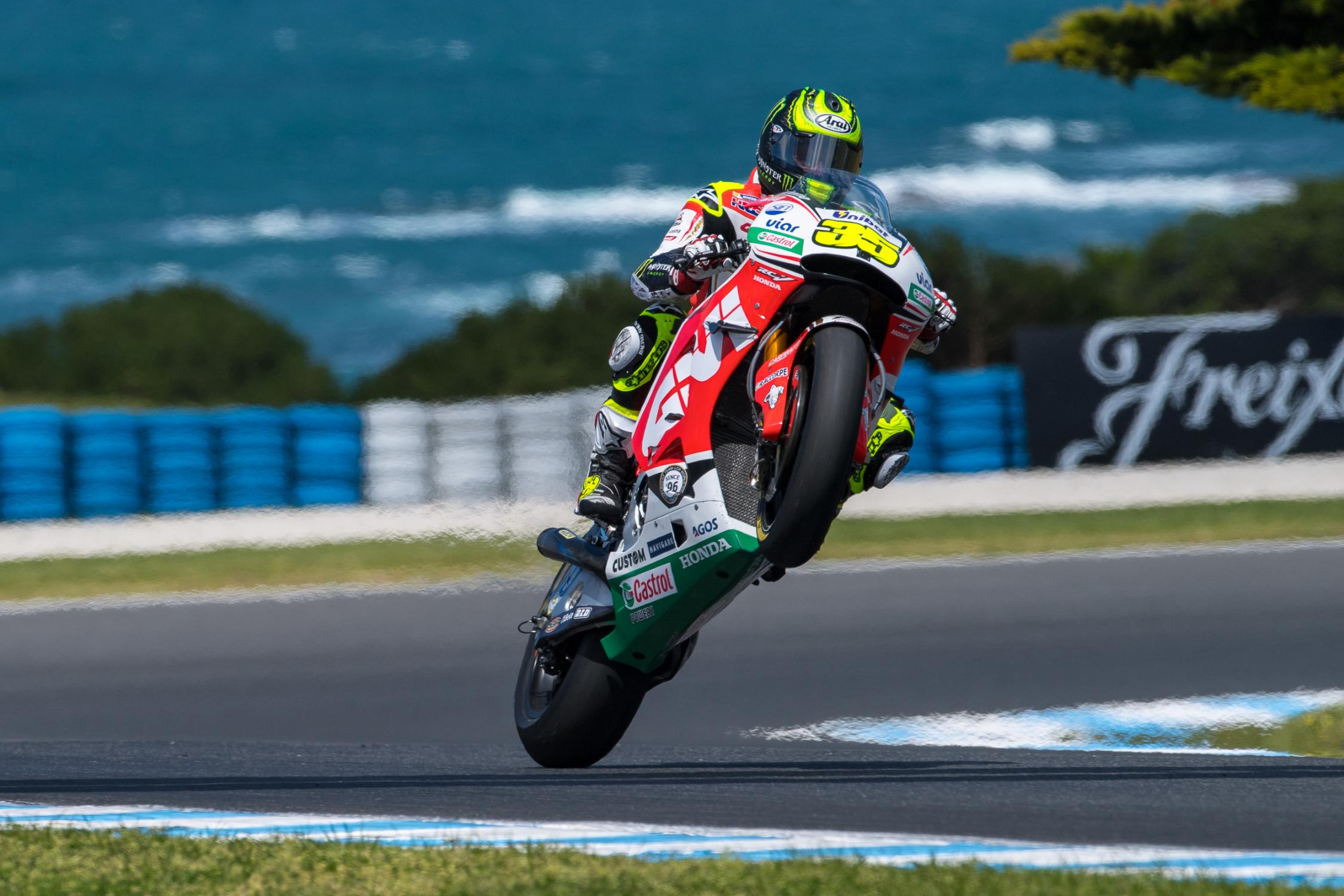 Cal Crutchlow’s second MotoGP victory was even better than his first, mainly because every rider knows a dry win counts for more than a wet win. He now stands alongside Leslie Graham, Geoff Duke, John Surtees, Mike Hailwood, Phil Read and Barry Sheene as the only Britons to have scored two premier-class victories in one season. In other words, he’s in the Pommie pantheon.

Once again Crutchlow showed aggression and intelligence – he was one of the few to choose Michelin’s hard-option front slick and understood that whenever the sun disappeared behind the clouds the track temperature dropped, so he had to push harder (but not too hard) to keep the tyre hot enough to grip the track.

Marc Marquez and Aleix Espargaro chose the same front and both fell, proving the tyre had riders walking the narrowest of lines. Managing tyre temperature is a big part of MotoGP and Crutchlow did it perfectly. He beat the best in the world by over four seconds, which is proper domination during an era of close finishes. Even nine-time world champion Valentino Rossi couldn’t match the winner’s pace during his inspired comeback from 15th on the grid.

Sunday’s race was poignant because it marked the fifth anniversary of Marco Simoncelli’s fatal accident and the 56th birthday of three-time 500cc world champion Wayne Rainey, who was paralysed from the chest down when he crashed out of the San Marino GP at Misano in September 1993.

For these reasons (and also many more) it was sickening to witness a minority of Phillip Island spectators celebrating a rider crashing to earth at 80mph, like a bunch of neanderthals punching the air at a Donald Trump rally. 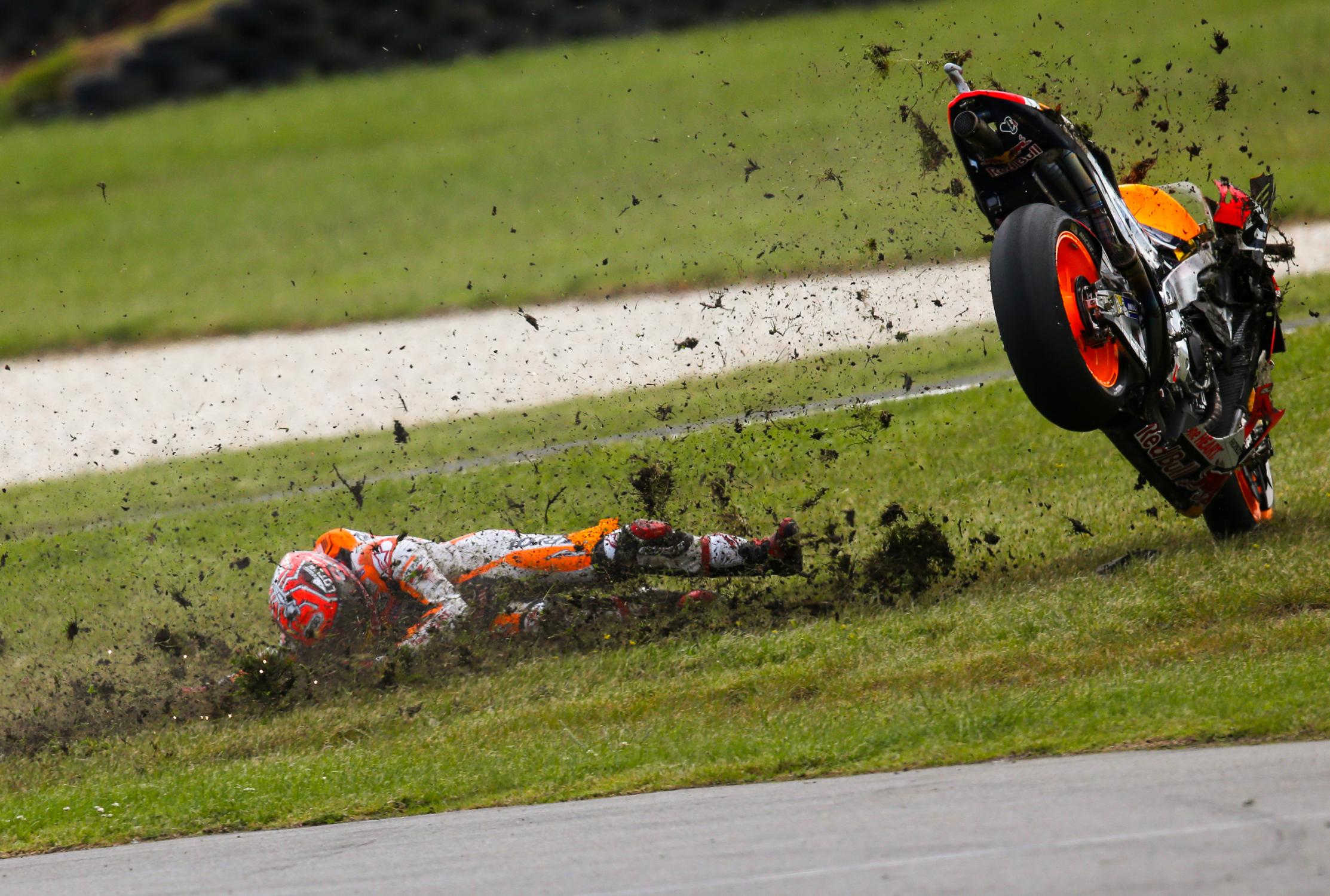 Or perhaps those celebrating Marc Marquez’s accident were marking the first anniversary of the supposed plot to rob Valentino Rossi of the 2015 MotoGP crown.

These people tell me via social media that it is the normal thing to cheer when your favourite rider’s rival crashes, just as you cheer when your football team scores a goal. It is not normal; in fact it’s repugnant.

No, no, they say, they only cheer when a rider crashes and doesn’t get hurt. So how does that work? Presumably they jump for joy as the rider tumbles through the gravel trap; then if he does end up curled up in agony, nursing a broken wrist, collarbone or worse, they withdraw their cheers. Sheer geniuses, these people.

I apologise for being direct, but these pretend MotoGP fans are clueless morons who don’t have the intellectual capacity to differentiate between motorcycle racing and football. For the avoidance of doubt, MotoGP riders do not earn their living by running around a field at 20 miles an hour.

Riders get badly hurt and worse on a regular basis. On average we’ve lost one rider every two years during the past six MotoGP championships and there’s also been riders with broken backs and life-threatening head injuries.

This open-season against the nemesises of MotoGP’s favourite rider needs to stop. I know it’s been going on since Casey Stoner showed him the way home in 2007, but it’s worse now. These fools need to give up their year-long fantasy that apparently gives them the right to persecute other riders for something that never happened. 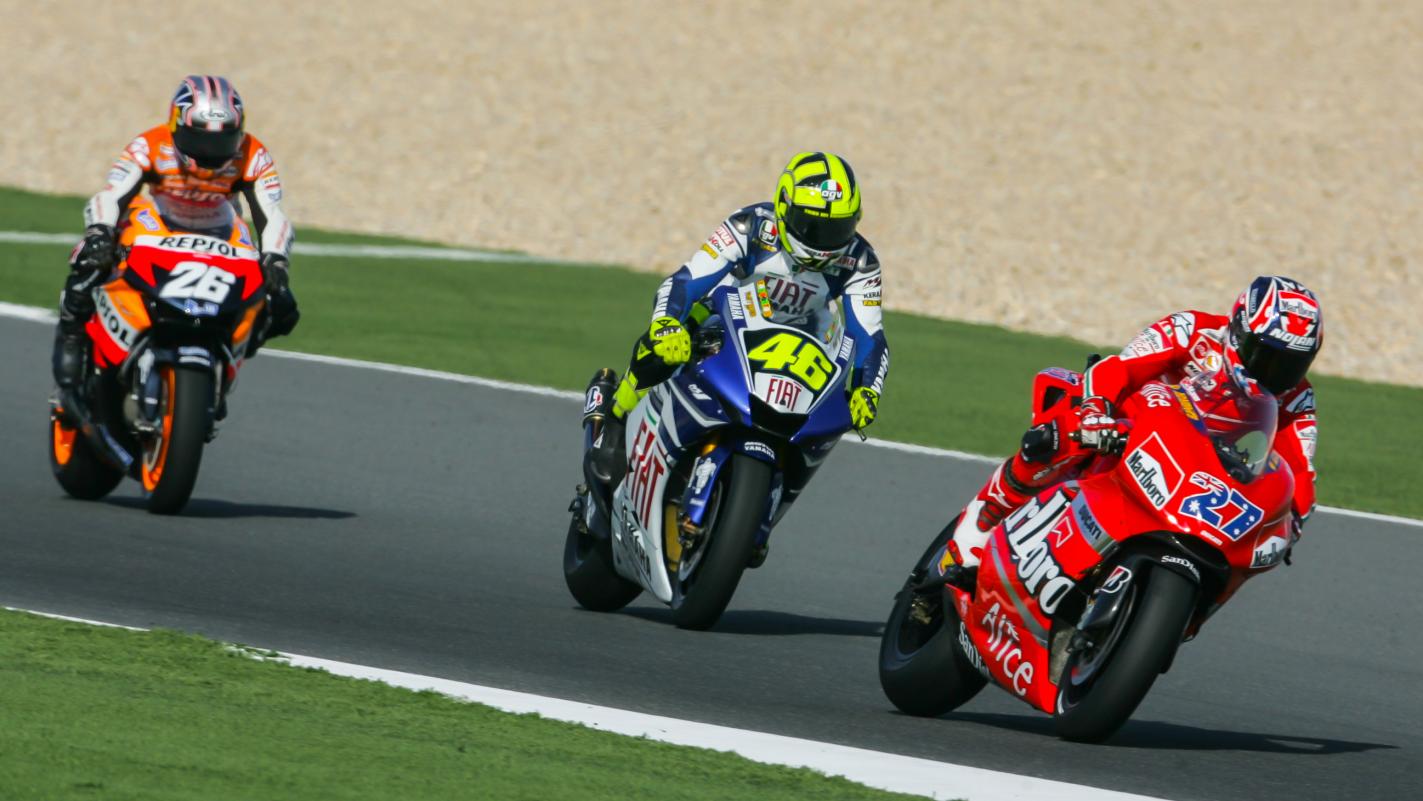 You won’t find anyone in the paddock outside Rossi’s immediate circle who believes there was a plot at the end of last season. Over the past 12 months I’ve discussed the events of last October and November with everyone, from the people at the very top of the sport to the riders and from crew chiefs to mechanics and technicians. Many of them are big-time Rossi supporters but none of them believe the paranoia of the plot.

This is what Dani Pedrosa – one of the nicest, straightest, most honourable guys on the grid – had to say about it. “Being outside [last year’s title battle] was a good way to learn how people judge what they see and what they don’t see.”

If you think you know more about racing than these people, fair enough: dream on.