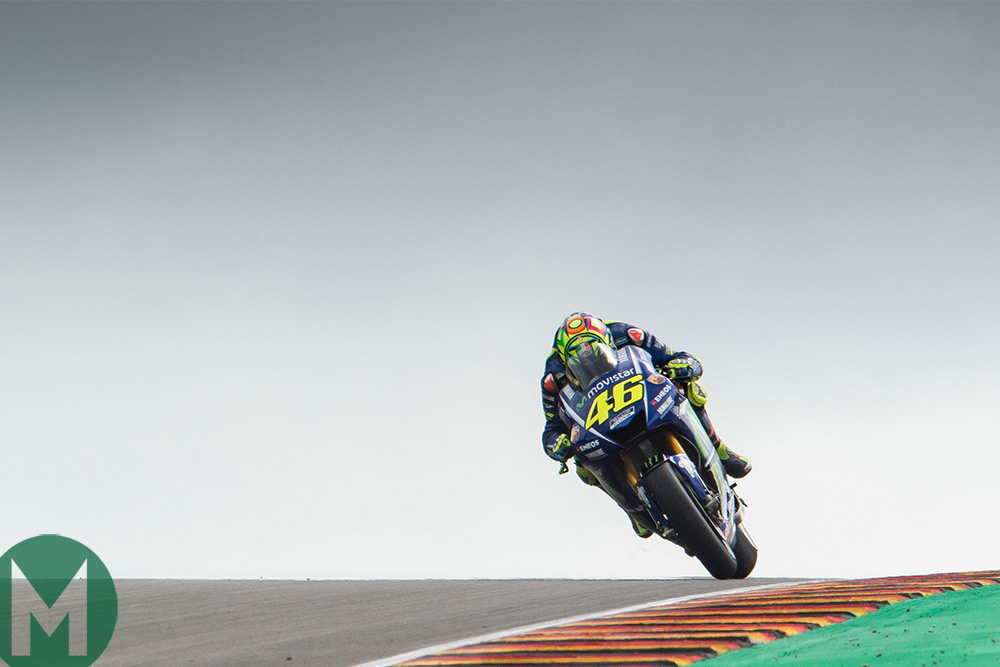 Yamaha has a lot of work to do: the factory needs to win back the MotoGP world title and (for the sake of Dorna and millions of fans) build a bike good enough to keep Valentino Rossi racing for another season or two.

Achieving both those goals will keep Yamaha busier than any of the other factories, because it’s got to dig Rossi and Movistar team-mate Maverick Viñales out of a big hole. Last year was one of Yamaha’s worst MotoGP seasons, with just four wins from 18 races. But it wasn’t only last year that was bad. Since the start of MotoGP’s new technical era – different tyres and electronics – Yamaha’s win rate has slumped by more than 50 per cent. Indeed the factory won fewer races in 2016 and 2017 combined than it did in 2015 alone.s

In other words, Yamaha has made the worst transition of all from Bridgestones and tailormade software to Michelins and Dorna-spec software. It’s not so much that the YZR-M1 has become a worse motorcycle, but that the bike hasn’t been adapted to suit MotoGP’s latest control components.

Last season the M1 suffered corner-entry and mid-corner issues, plus a lack of both mechanical and electronics grip during acceleration. In other words, the full set of woes.

“It was a very terrible season,” admits Rossi’s chief engineer Silvano Galbusera. “In 2016 Valentino had a good feeling with the bike but we destroyed the rear tyre with five or six laps to go. For 2017 Yamaha modified the bike to save the tyre. At some tracks it was good, but Valentino missed the feeling he needed, so he could not go into the corners quickly and keep his line. On the data you could not see this very well, but it was clear from the rider’s explanation. The 2016 bike was easier to ride, with better feedback from the tyres, so he could push more, but we used the rear tyre too much.

“At the beginning of 2017 we found that the new bike wasn’t 100 per cent for Valentino. At the same time Maverick was very, very fast. The first races weren’t so bad for us, but after we couldn’t find the right setting. Yamaha changed the chassis a little bit, with different geometry and similar stiffness, but Valentino never had the feeling he had in 2016.”

Yamaha’s lack of corner-exit grip was compounded by problems earlier in the corner.

“If the rider can’t make a nice line through the corner then he’s a little in delay,” adds Galbusera. “That loses him some time, so he opens the throttle more to recover that time, so he uses the rear tyre too much.

“During the 2017 season, we often had to stop thinking about better lap times and start thinking about saving the rear tyre. So we reduced the power, which saved the tyre, but cost us acceleration. This was a critical moment, because we could not use all the power from the engine because the bike wasn’t able to accelerate without spinning and destroying the tyre.”

Although Yamaha needs to find a better chassis balance to improve all phases of the corner, Galbusera believes that the biggest job awaits the factory’s electronics engineers, who must unlock the secret of the Magneti Marelli software, as Ducati and Honda have done.

Ducati and Honda have the advantage of intimate knowledge of Dorna’s Magneti Marelli software because they have hired some of the best people from the Italian electronics giant.

“Ducati has worked with Magneti Marelli for many years and last year HRC hired one electronics engineer who had worked at Ducati and then at Magneti Marelli,” says Galbusera. “These people know everything about the system, so it’s easier for them to find the right setting.”

So why doesn’t Yamaha follow suit and hire a Magneti Marelli engineer?

“Because I don’t think there’s anyone left there with that kind of experience,” Galbusera chuckles ruefully. “Anyway, Yamaha needs to work on the electronics to find something like Honda and Ducati have found. This is very important for us because we need acceleration without destroying the tyre, while also keeping the bike’s agility.”

Last season was one of Rossi’s worst in MotoGP, apart from his dismal two years with Ducati. He wasn’t the only one, of course. Viñales started the year as title favourite and won three before his season also turned rotten.

“Maverick is lighter than Valentino, so he’s gentler with the rear tyre, so can save the tyre better,” explains Galbusera. “Their settings for braking are often very similar, even though Valentino is taller and heavier, so he needs a slightly stronger setting. Maverick’s settings are more towards those that Jorge [Lorenzo] used.”

And what about Tech 3 Yamaha’s brilliant rookie Johann Zarco, who last season did wonders with a 2016 M1 chassis?

“Johann is a bit lighter than Valentino and he’s very gentle with both the front and rear tyres, so he can use very soft settings,” says Galbusera. “The same settings don’t work for Valentino; he needs more support at the front and the rear, because of how he braked and accelerates.”

“I don’t know why Michelin changed the tyre for 2017,” he says. “For sure it was better for Valentino when they went back to the harder tyre at Mugello, because it gives him more support.”

The change of front construction from the 06 tyre to the 70 tyre may have helped Rossi somewhat, but it was a disaster for Viñales. He didn’t gain a single victory with the stiffer tyre.

“With the 06 he could do anything with the bike,” says Viñales ’ rider coach Wilco Zeelenberg. “We also lost our way a little bit and the rider lost his confidence to ride the bike.”

Rossi and Viñales raced four different chassis during 2017: the 2017.0 from Qatar, the 2017.1 from June, the 2017.2 from August and finally the 2016 at the Valencia season finale. That last change smacked of desperation; factory mechanics making the change on Saturday night, with just morning warm-up to work on settings. No surprise that neither rider did any better with the year-old chassis: Rossi was fifth and Viñales 12th, after a crash; while Zarco nearly won the race with his 2016 M1.

“We planned to test the 2016 after the weekend and we had nothing to lose for the race,” explains Galbusera. “We discovered more information, but now we need to go very deep with the data.”

Yamaha tested again in November, at Sepang in Malaysia. The team came away from that test feeling more confident. But there’s no doubt that Yamaha engineers have more work to do than anyone to get the YZR-M1 right for the 2018 season.